Did the World’s Most Famous Human Ancestor Fall to Her Death? 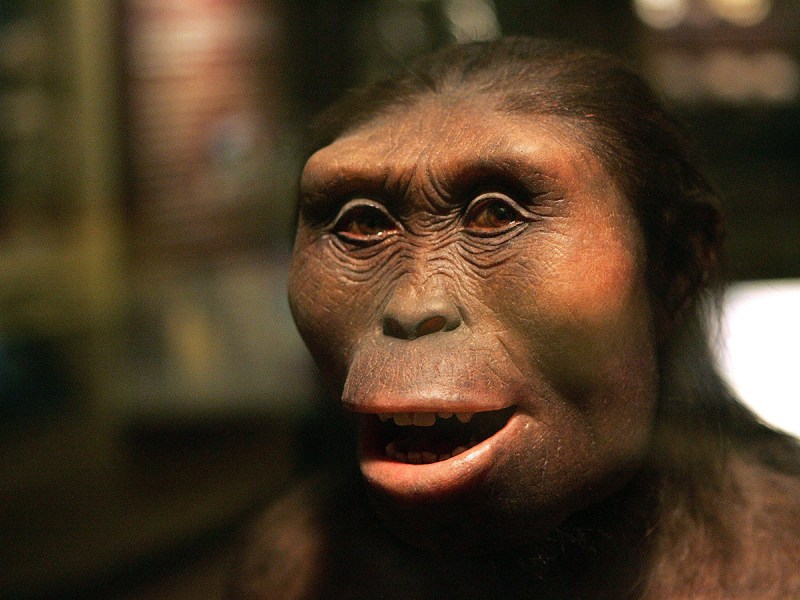 The face of ‘Lucy’ displayed at the Field Museum in 2006 in Chicago. (Tim Boyle/Getty Images)

Discovered by a pair of paleoanthropologists in Hadar, Ethiopia, in 1974, “Lucy” was one of the earliest known discoveries of a human ancestor’s remains. (She got her name from The Beatles’ song “Lucy in the Sky with Diamonds,” after it was played on repeat during the discoverers’ celebration later that night.) Recovered from the site where they found her were a forearm bone, femur, pelvis, lower jaw, and some scattered ribs—all in all, 40 percent of the hominid’s skeletal makeup. She is believed to be about 3.2 million years old.

Until recently, it was unclear how she died. It was discovered that there was an animal’s tooth mark on her left pubic bone, but scientists were unable to decipher when the bite took place and if it even led to her death.

Now a new study published in Nature by paleoanthropologist John Kappelman and a team of his colleagues at University of Texas at Austin has shed new light on the mystery. The new possible cause of death? A great fall. After doing a high-resolution x-ray of the bones, Kappelman noticed that the right upper-arm bone had been violently broken in a way similar to what happens when someone falls from a high place.

His team’s best possible guess? Lucy fell out of a tall tree. Though this is just a theory, it makes a good deal of sense. Lucy walked upright, but she probably slept in a tree nest at night and possibly would climb trees to escape predators.

To read the full study, click here. For a more detailed investigation of the findings, click here.