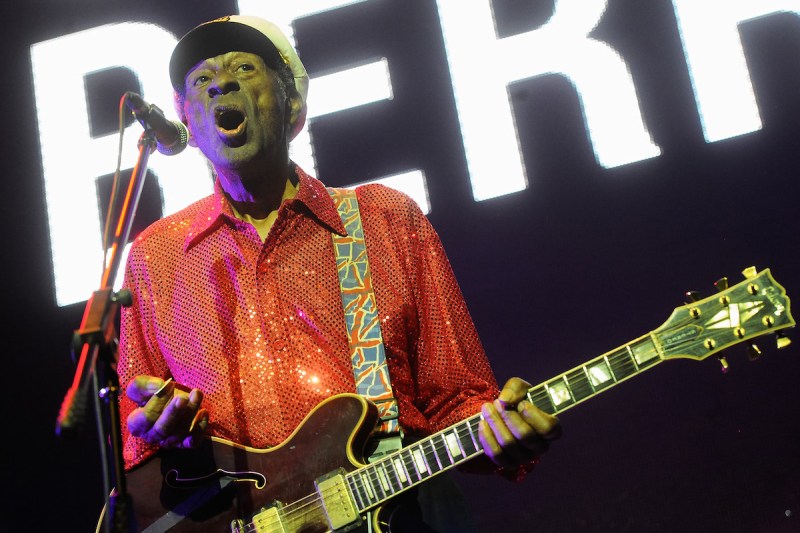 And even several decades removed from his heyday, his signature tune, “Johnny B. Goode,” is still recognizable to audiences across generations.

“We are deeply saddened to announce that Chuck Berry – beloved husband, father, grandfather and great-grandfather – passed away at his home today at the age of 90,” the family said in a statement, posted on Rolling Stone’s website. “Though his health had deteriorated recently, he spent his last days at home surrounded by the love of his family and friends. The Berry family asks that you respect their privacy during this difficult time.”

Leave it to Bruce Springsteen to put Berry’s career in perspective. “Chuck Berry was rock’s greatest practitioner, guitarist, and the greatest pure rock ‘n’ roll writer who ever lived,” the Boss tweeted.

See the master perform his signature hit in 1958: