Recording artist Barry Manilow and his manager, Gary Kief, who is also his husband. (Getty)
By Diana Crandall 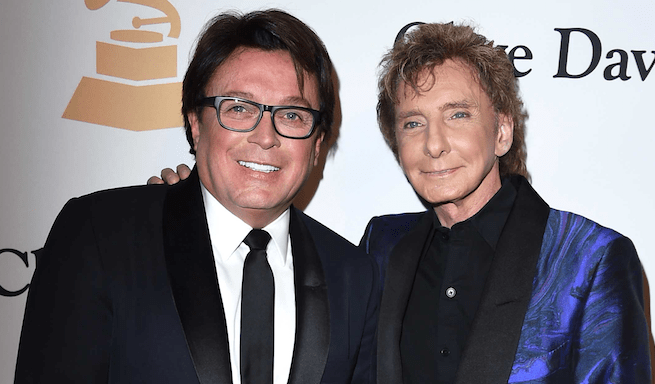 Recording artist Barry Manilow and his manager, Gary Kief, who is also his husband. (Getty)

The famously private Barry Manilow has revealed to the press that he is gay.

The singer, best known for chart-topping hits in the ‘70s and ‘80s like ‘Mandy,’ ‘Copacabana’ and ‘Looks Like We Made It,’ told People magazine in a recent interview that he feared coming out because of prejudice.

“I thought I would be disappointing them if they knew I was gay. So I never did anything,” the 73-year-old told the magazine.

Manilow also revealed that he has been with his manager Garry Kief for the last 39 years. They married in 2014 in a quiet ceremony on their 53-acre Palm Springs estate.

Manilow said of their meeting: “I knew that this was it. I was one of the lucky ones. I was pretty lonely before that.”

Manilow says that Kief is not only the smartest person he’s ever met — he’s a great guy, too — and the fans who did manage to find out about their wedding had a “beautiful” reaction.

“When [the fans] found out that Garry and I were together, they were so happy. The reaction was so beautiful – strangers commenting, ‘Great for you!’ I’m just so grateful for it.”

Manilow plans to release his 29th studio album, This is My Town, on April 21. Read the full article here.