The spring’s most fascinating film character doesn’t speak a word, spends most of her time walking around or lying on the ground, and matter-of-factly kills one of her children. Also, she’s a pig named Gunda.

Over the years, documentarians have pointed their cameras at the animal kingdom, hoping to make those mysterious worlds accessible to us humans. But what’s so affecting about Gunda, which hit theaters last Friday, is how director Victor Kossakovsky reveals his subjects’ souls while refusing to make them more “adorable” in the process. He gives them their dignity without denying their complexity, all in service of advocating that we respect animals enough to stop eating them.

Gunda isn’t entirely without precedent, but it nonetheless feels like a quietly radical piece of activism, even though it doesn’t ever raise its voice. In fact, this 90-minute, black-and-white observational documentary refrains from incorporating many of the cinematic devices to which we’ve become accustomed. There’s no narration, no title cards, no storyline, no Hollywood actors providing the animals’ voices: It’s simply a look at the lives of a pig and her piglets, a flock of chickens (including one with only one leg), and some cows at a series of farms across Europe. Nothing “happens” in Gunda except the everyday activities of animals when humans aren’t around. It’s a project the Russian-born filmmaker has spent 20 years trying to get made. Maybe finally the world is willing to listen to its message.

“Suddenly I found many people want to watch this movie,” Kossakovsky said over Zoom last week. “Especially kids, that is what’s amazing. They ask me, ‘Why would you [eat meat]? Why [has] no one told us?’ I always say, ‘Talk to your mom. Talk to your father.’”

Kossakovsky’s English may not be perfect, but Gunda’s clear images communicate for him. Previously making Aquarela, an immersive documentary that explored how water affects Earth’s inhabitants, from waterfalls to hurricanes, Kossakovsky wants audiences to understand their place on this planet. We never see humans in Gunda, but you won’t miss their presence: With a soundtrack consisting of only ambient noise, the film offers a temporary paradise in which these animals rule. Whether it’s piglets suckling on Gunda’s teats or cows going out to graze, the film is rife with the basics of life: feeding, playing, exploring. With the exception of Kossakovsky’s camera, the characters are utterly in their own habitat. We see their lively eyes, their pensive glances, their sheer unbridled aliveness. That we know their fate makes every scene that much more poignant — these magnificent creatures are destined to be dinner.

Executive produced by outspoken animal-rights advocate Joaquin Phoenix, Gunda brings together two movements in the nonfiction realm: naturalistic, unadorned films focusing on animal behavior (Bestiaire, Kedi) and message docs that decry the cruelty of the meat and/or farming industries (Forks Over Knives, Super Size Me 2: Holy Chicken!). Until a powerful, elegantly understated finale, which shouldn’t be spoiled, Gunda seems more in line with the former subgenre, although eventually Kossakovsky’s higher purpose becomes clear. However, his commentary goes beyond not eating animals — it’s about how we conduct ourselves as a species.

“Without empathy, nothing will change in our life,” he says. “If we allow [people] to kill [animals] or mistreat them or put them in such torture, it means we allow ourself to kill, to torture, to mistreat. We can go to Mars, but if you don’t have empathy, what can we bring? We have to take empathy with us — if we don’t, we will make a disaster there, same as we do here.”

Documentaries such as March of the Penguins have won Oscars for celebrating the animal kingdom, sometimes going out of their way to make their subjects seem overly endearing to appeal to our sympathies. But as much as Kossakovsky’s film deeply admires its characters, it doesn’t shy away from their basic animal nature — never more shockingly than during a scene early on when the patient, maternal Gunda steps on her frailest piglet, killing the weak offspring off camera. For the filmmaker, including that moment was a way of honoring his main character’s essence.

“You always have [that] temptation: ‘Oh, make [the animals] more funny, more adorable,’” says Kossakovsky, who also served as the film’s editor. “Gunda kills her kid, and the first reaction was, ‘Let’s not use it.’ But then I said, ‘Wait a second, how [do] we not use it? Who are you to judge? She’s lived here many years before you. She knew he will not make it — he didn’t run to her nipple, he was not doing well.’” By including this unsentimental reality, Kossakovsky actually makes Gunda more relatable than the cartoonish animals we see in Disney nature documentaries. Gunda embodies the difficulties of motherhood in that moment — there’s nothing condescendingly “cute” about her.

In recent years, we’ve seen ample evidence that veganism, vegetarianism and flexitarianism are on the rise, spurred by social media awareness as well as growing societal concerns about personal health and global warming. Certainly documentaries like the original Super Size Me probably helped popularize the notion that we need to be more mindful of what goes into our bodies, but Gunda’s hands-off approach to chronicling the enthralling daily lives of farm animals feels like the next wave, asking viewers to regard these barnyard creatures as our equal on this planet.

But for Kossakovsky, this observational, empathetic approach isn’t new, pointing to Leo Tolstoy’s 19th-century short story “Kholstomer” as one of his inspirations. “It’s so marvelous,” he says. “It’s about the life of a horse from the point of view of the horse, the horse [telling] her story.” He also cites a 17th-century painting, Young Bull, from Paulus Potter as a crucial Gunda influence. “You see a bull, you see a cow, you see a sheep. And almost all of them look [right at you]. The painter can see that those animals have personality.”

It’s the same technique Kossakovsky utilizes in Gunda, with several of his animals staring straight into the lens. Are they looking at us? Are they asking why we eat them? The vividness of their glance is shocking. Is there a soul in there? It’s Gunda’s central question, forcing us to consider the grandeur and beauty of these animals.

“I’m not naive, I would not say art can change the world,” he replies when asked if he hopes Gunda will convince people to stop eating meat. “Leonardo da Vinci was saying, ‘Don’t eat meat.’ He was saying to kill an animal is the same as to kill a human. But people still kill animals. So I know I cannot change the world. But, of course, I would love people to wake up. [What’s] for me important is people will respect them. I don’t want to teach you how to behave — I just show you that animals have personality. And each of them deserves to be here and to be happy.” 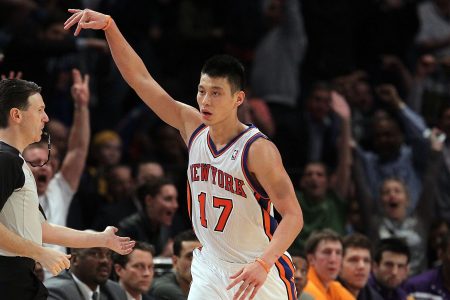 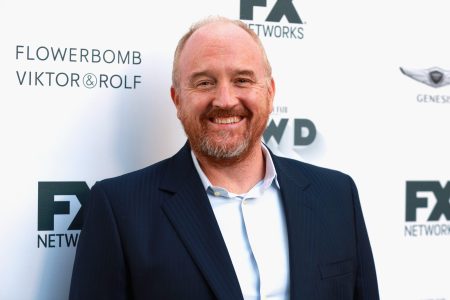 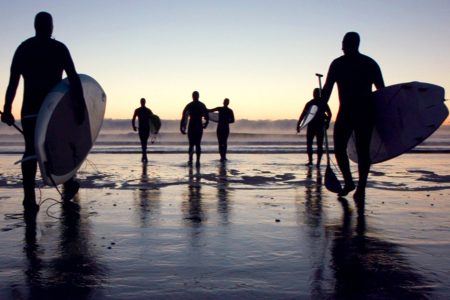