British actor played British spy in seven movies, including 'The Spy Who Loved Me.'

Sir Roger Moore, the British actor best known for portraying James Bond in a number of the franchise’s best-loved films, has died.

“It is with a heavy heart that we must announce our loving father, Sir Roger Moore, has passed away today in Switzerland after a short but brave battle with cancer. The love with which he was surrounded in his final days was so great it cannot be quantified in words alone.”

Moore began his career on British television in the ’40s, breaking into the film world in the ’60s.

After a successful turn as Simon Templar in British TV show The Saint, Moore got his license to a killer payday, landing the coveted role of James Bond in 1973’s American-set caper, Live and Let Die. (He famously replaced George Lazenby, who portrayed Bond just once, in 1969’s On Her Majesty’s Secret Service.)

For Bond fans, Moore was known for bringing a more affectionate angle to the role—a sort of a Don Juan-ish Bond—a different take from the hard-charging, female-slapping Sean Connery version. It worked for movie audiences, too, as Moore would end up reprising his role in six more titles, including The Man With the Golden Gun (1974), The Spy Who Loved Me (1977), Moonraker (1979), For Your Eyes Only (1981), Octopussy (1983), and A View to a Kill (1985).

The family’s statement noted that “The affection our father felt whenever he walked on to a stage or in front of a camera buoyed him hugely and kept him busy working into his 90th year.”

Moore is survived by his three children, Deborah, Geoffrey, and Christian.

English actor Roger Moore poses as 007, with a Lotus Esprit Turbo, on the set of the James Bond film ‘For Your Eyes Only’ in Cortina d’Ampezzo, Italy, March 1981. (Keith Hamshere/Getty Images)
Getty Images 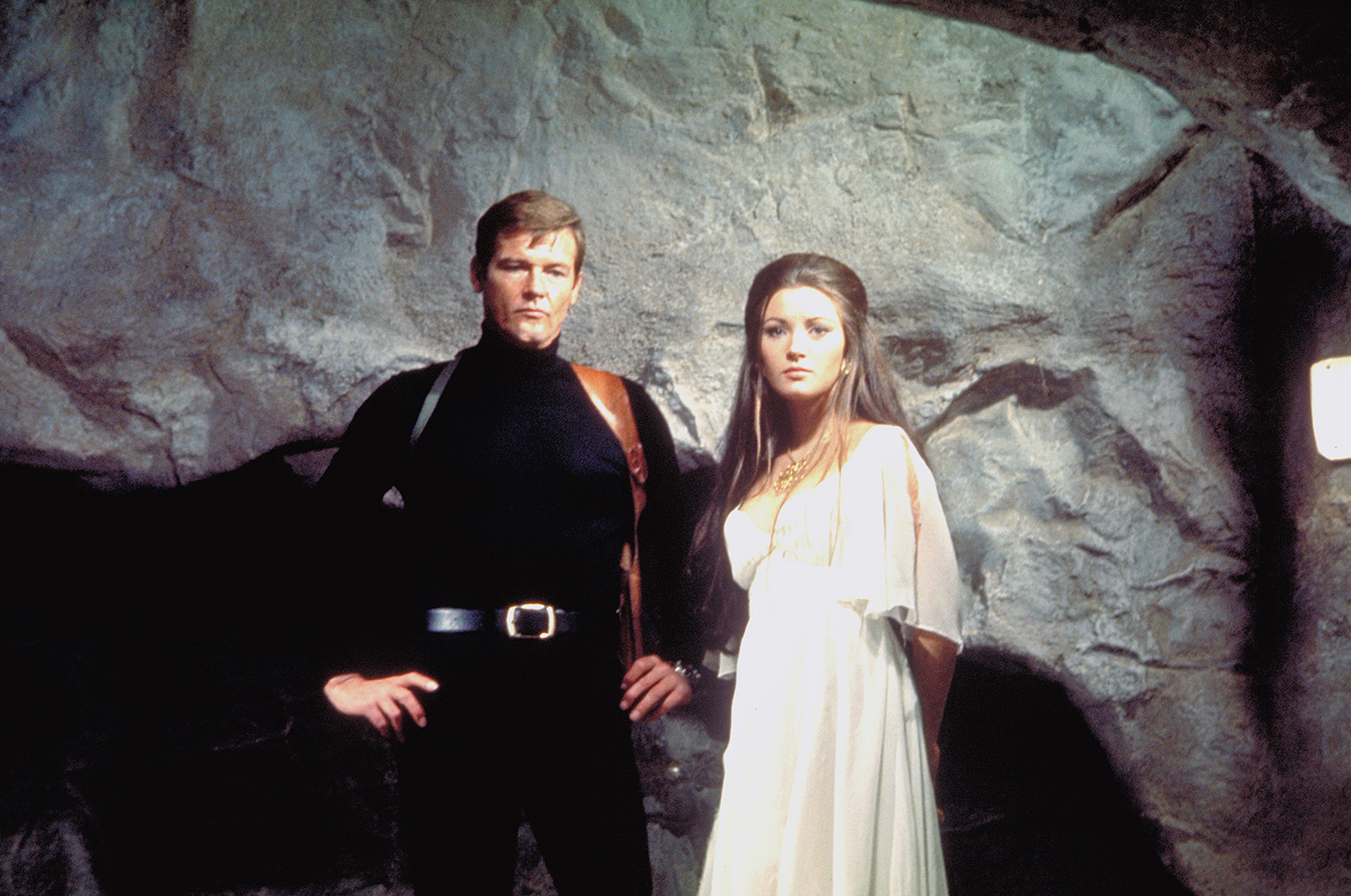 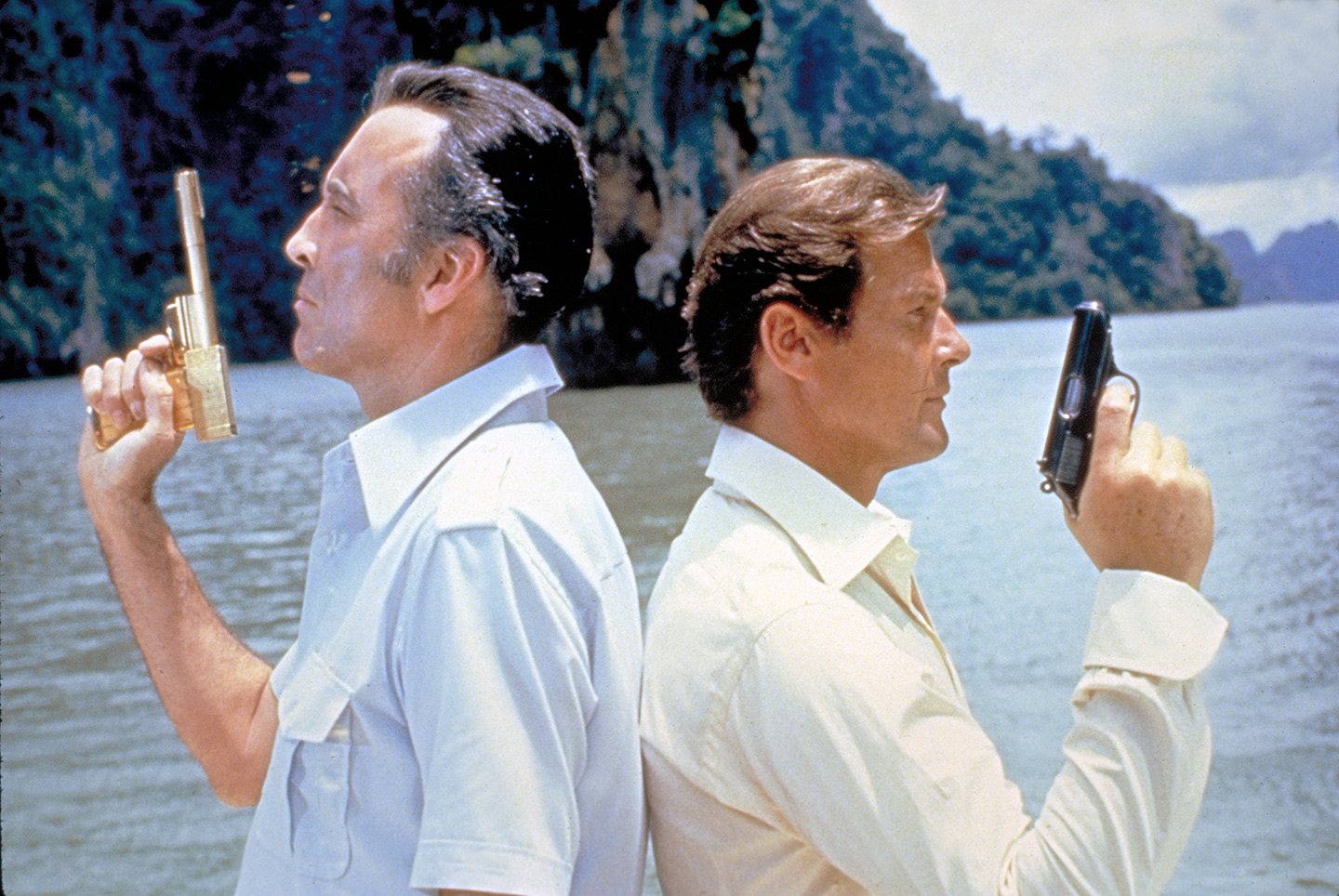 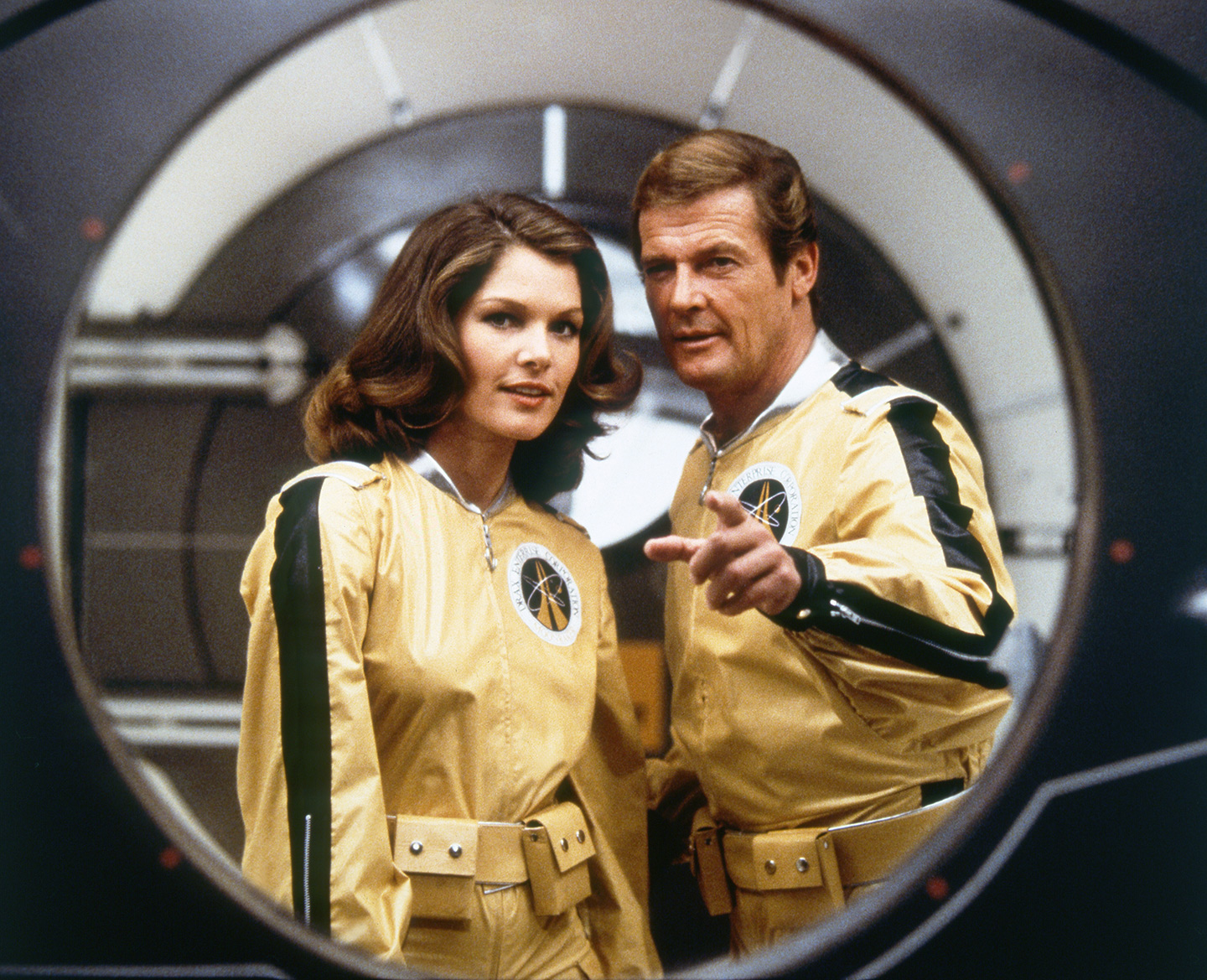 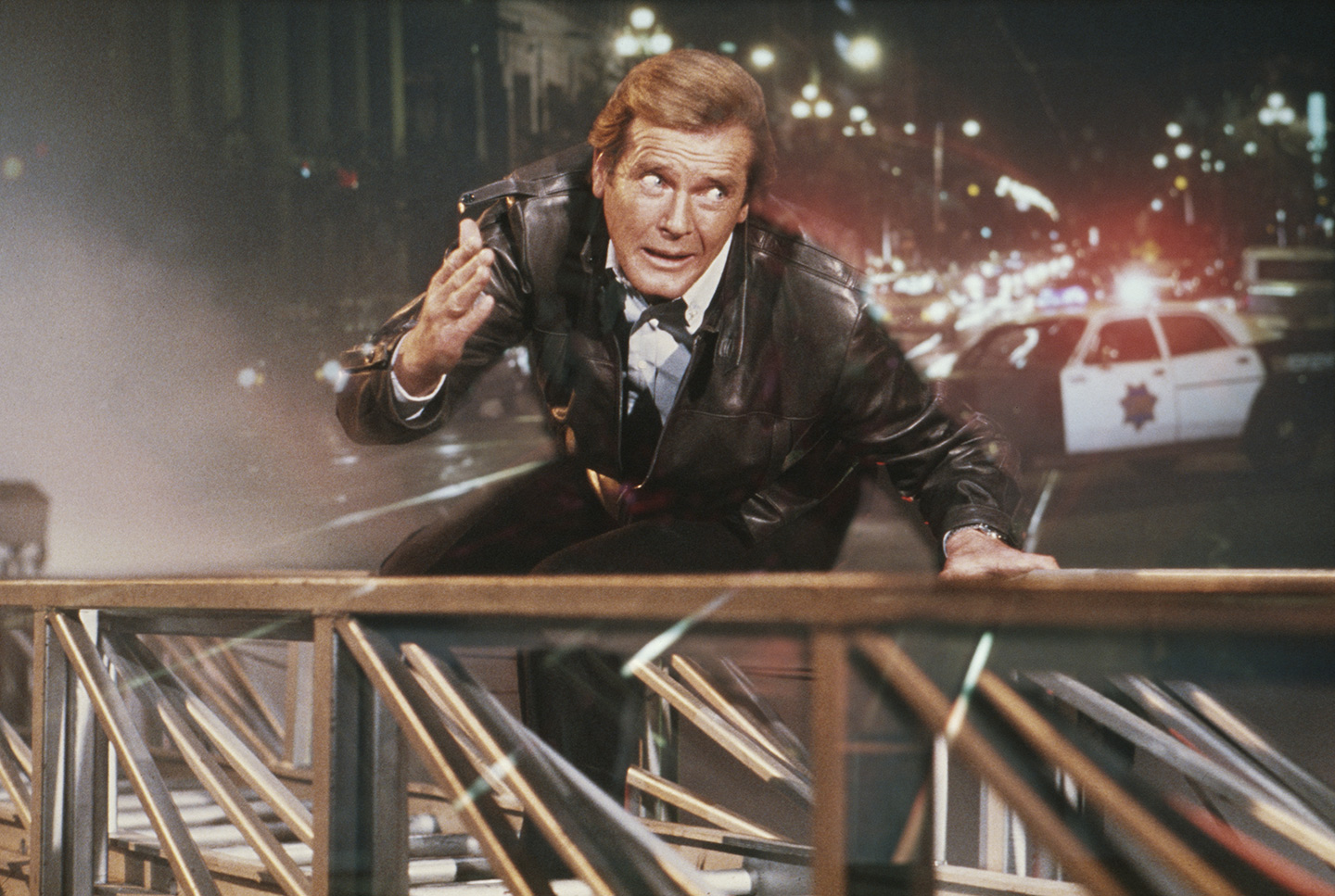 A matte shot of English actor Roger Moore as 007, clinging to a fire engine ladder in a publicity still for the James Bond film ‘A View To A Kill’, 1984. The background has been composited in by hand, to simulate the front projection effect used in the film. (Keith Hamshere/Getty Images)
Getty Images 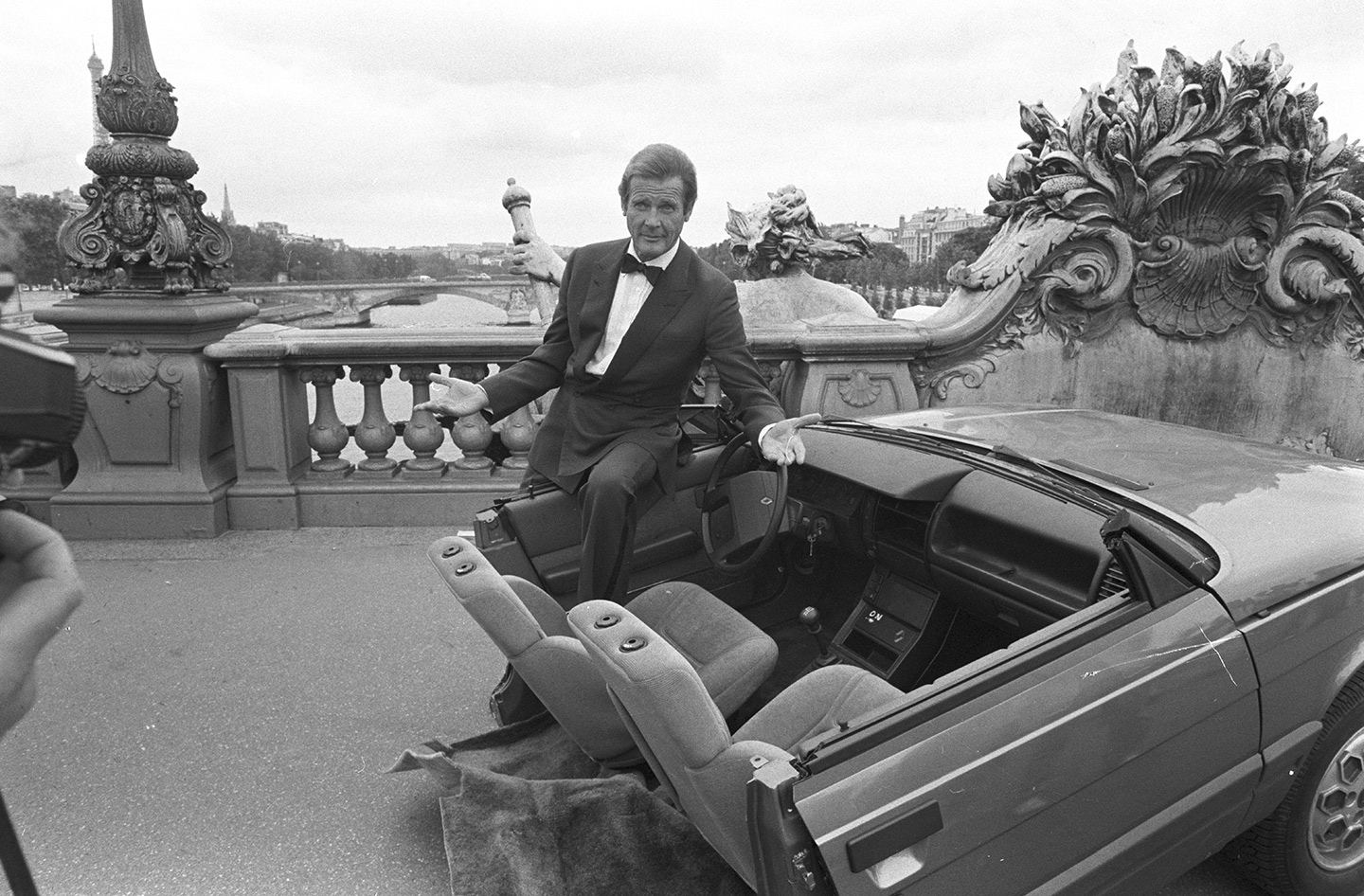 Roger Moore on set of the James Bond movie ‘A View to a Kill’ with half a car during filming in Paris, France in August 1984. (Larry Ellis/Express/Getty Images)
Getty Images 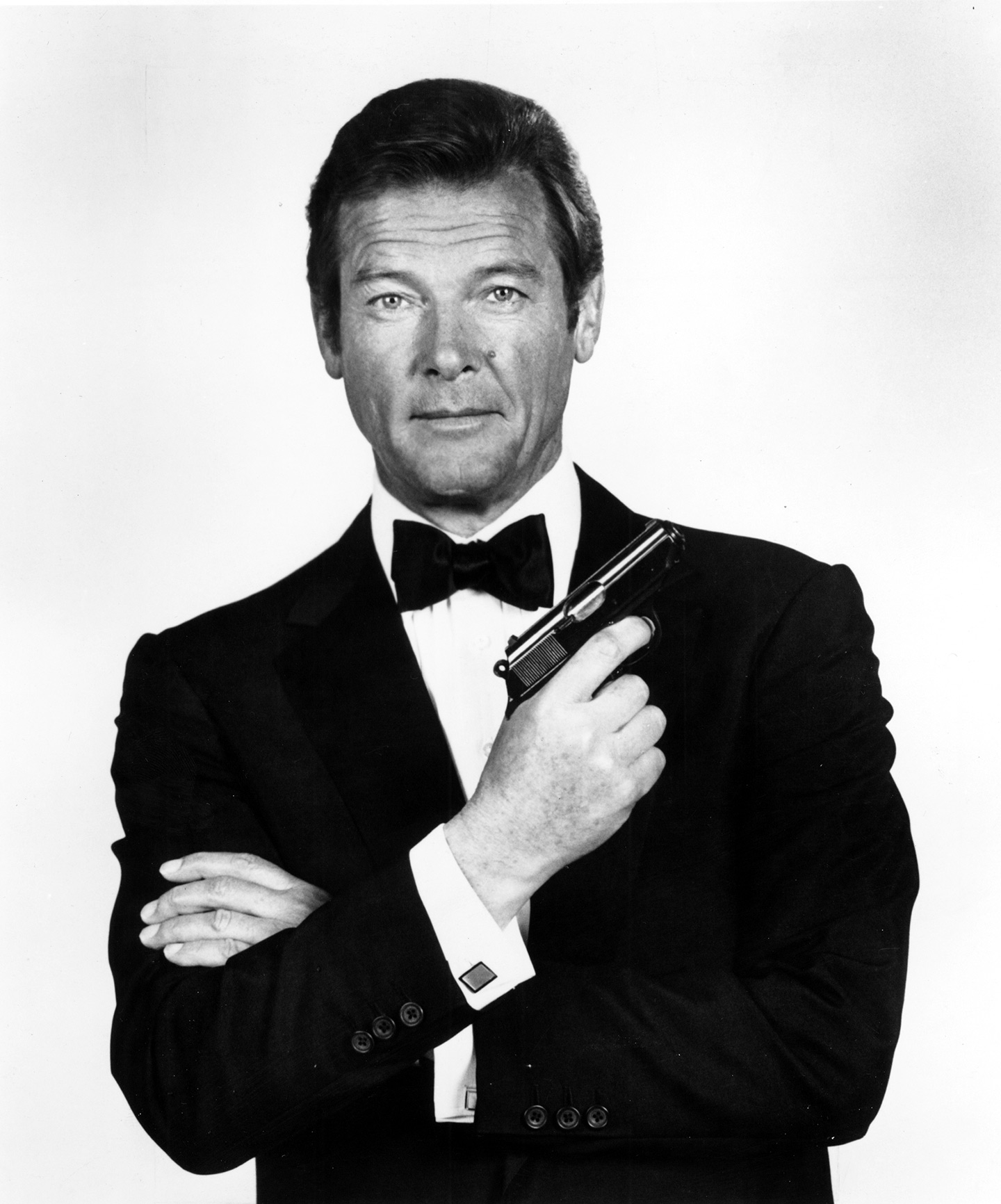 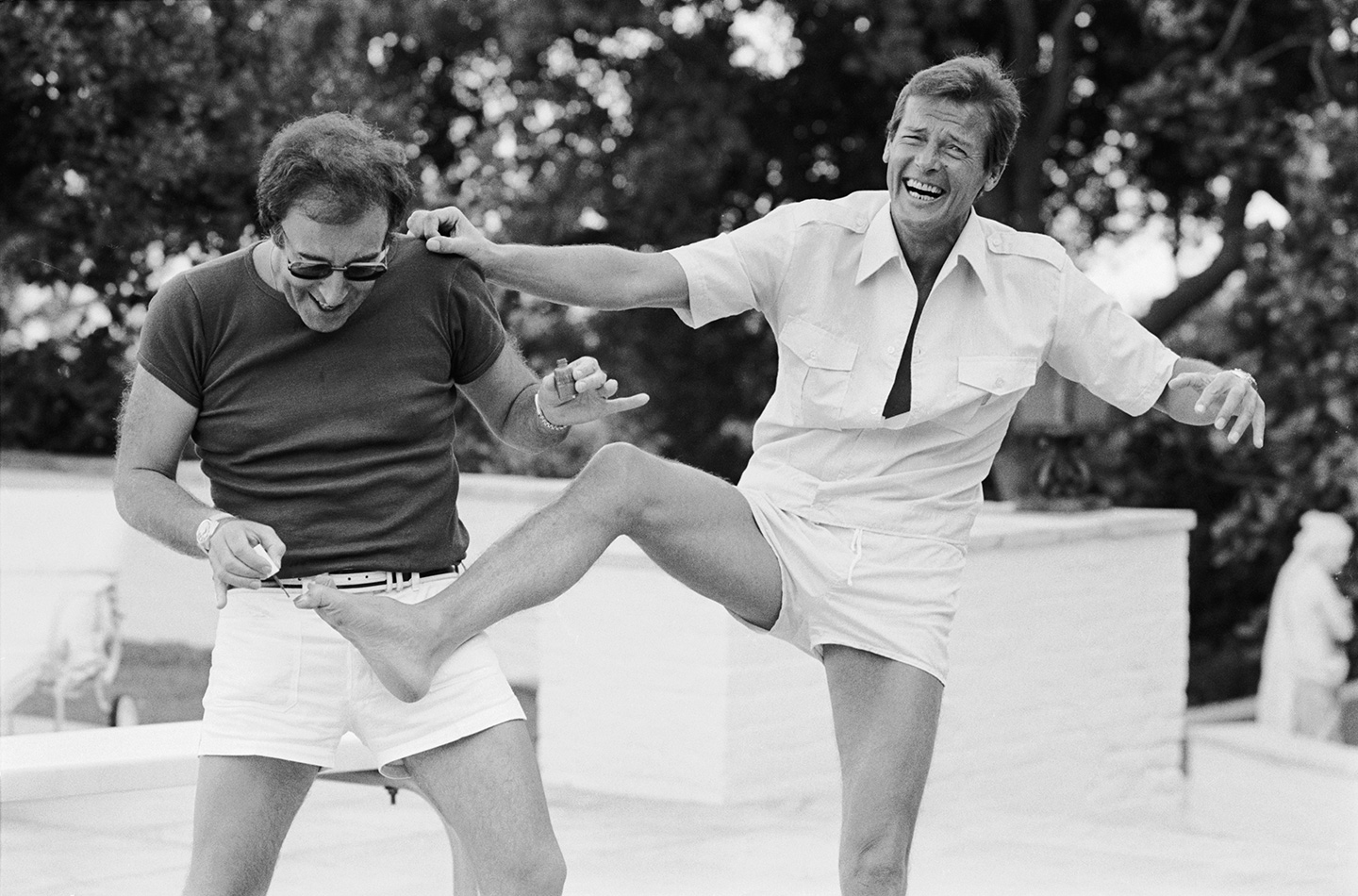 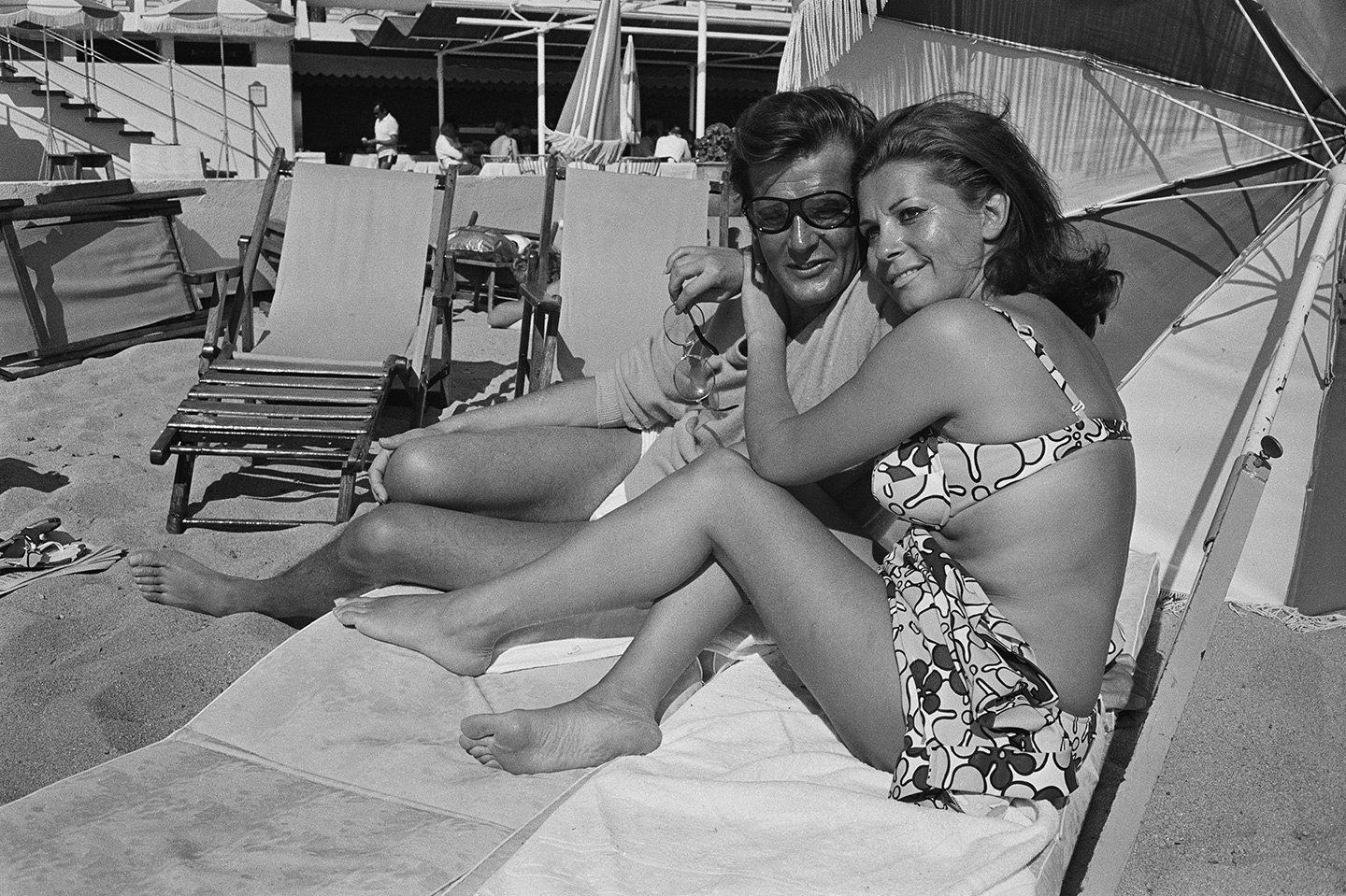 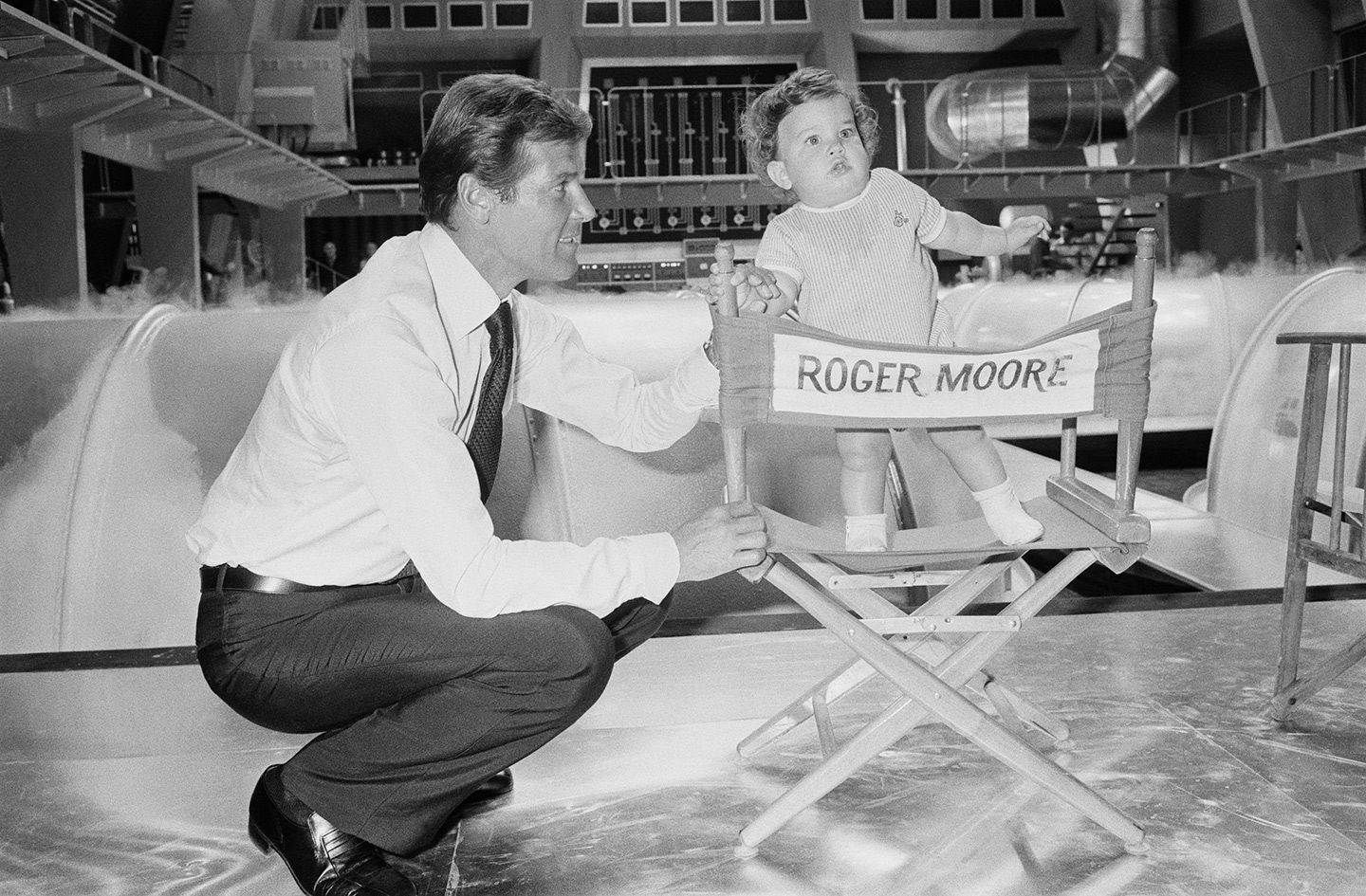 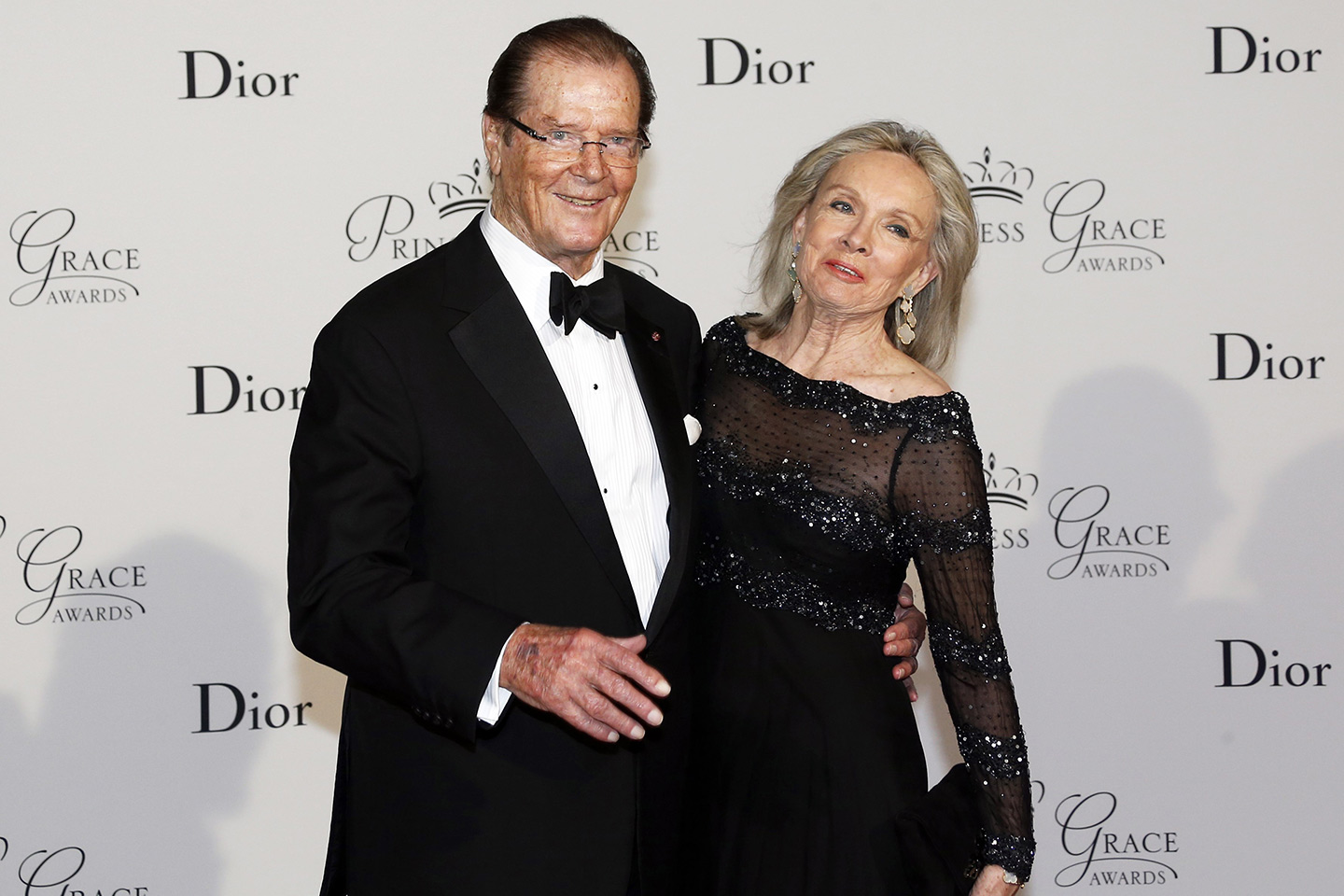 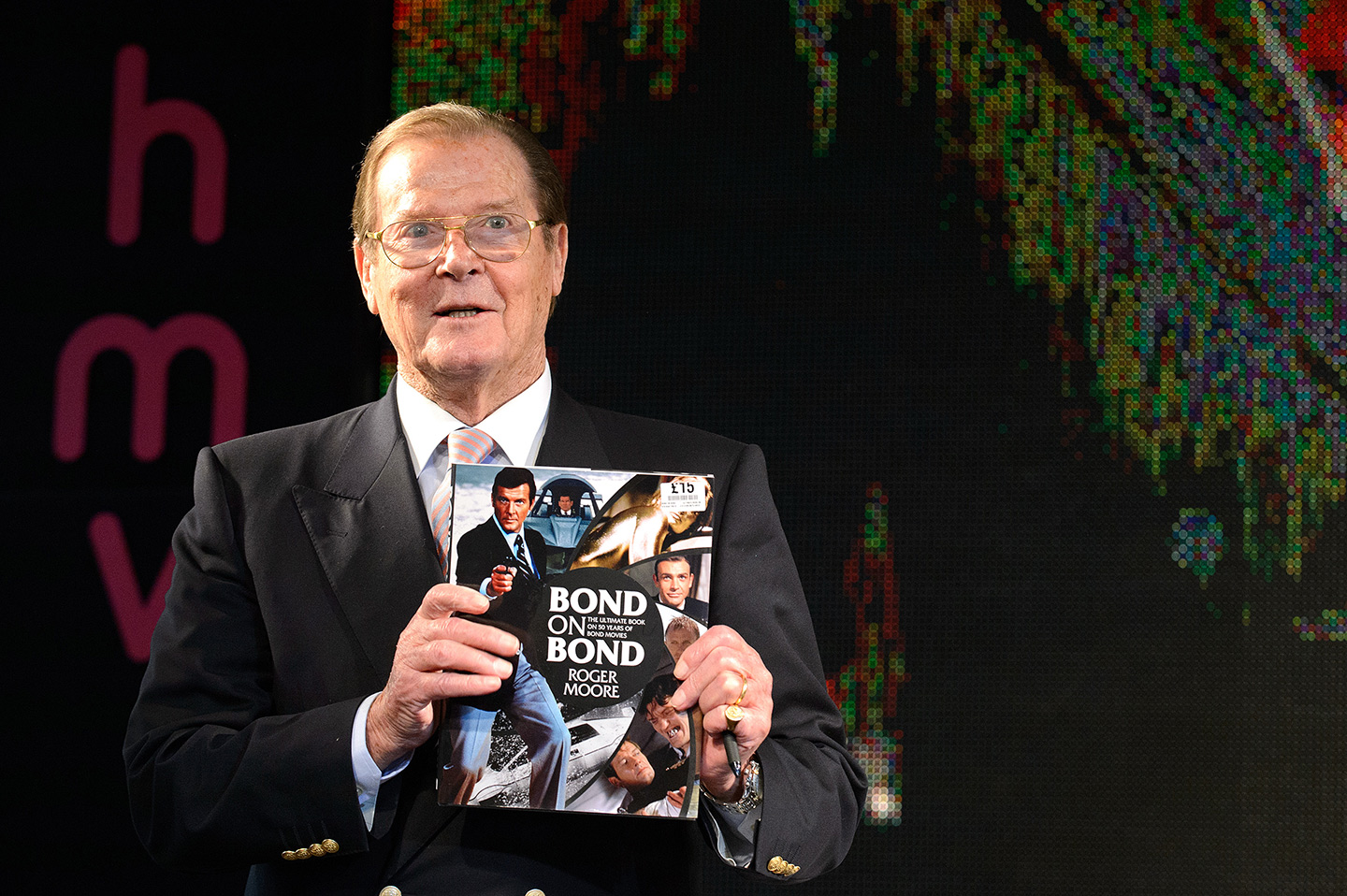