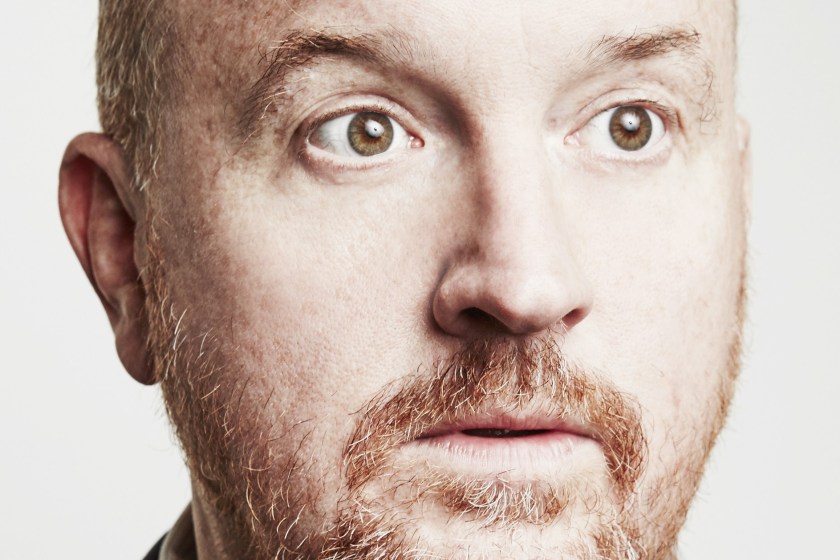 Sometimes comedy can mirror reality a little too closely. It can be so cringeworthy, you just have to turn away. That’s Louis C.K.’s wheelhouse. The 48-year-old comedian pioneered an unapologetic type of humor that wasn’t vulgar or filthy because it was shocking, but rather, because it was rooted in reality. He left his eponymous show on FX, which he ran, to create a self-funded 10-part series with Steve Buscemi called Horace and Pete. Vulture‘s David Marchese sat down with the comedian in advance of his next movie, Pets, and following comments he made comparing Donald Trump to Hitler. Here, the comedian explains the public furor created by the statement that he admittedly regrets making:

“As far as talking about what’s deep in my gut about certain subjects, I’ll put that out there because I know I do that really well, and I’m a unique originator of certain thoughts. Politically I’m not an expert. And also there’s very little rational intake of political thought. People get so upset that they don’t hear what you’re saying. There’s this feeling with people where they’ve got to decide whether an opinion or information is right or wrong. Nobody can eat a whole meal and then digest it and see how they feel the next day. You’ve got a meal in front of you, and you take a piece of lettuce and you go, ‘Why is there just a piece of lettuce? I’m hungry for more.’ ‘What do you mean? There’s a bunch of other s–t on the plate. Take a minute and eat that!’ ‘No. It’s just lettuce, and f–k you, I hate lettuce.’ That’s how it is with every conversation now.”

Read the full interview between Marchese and Louis C.K. here.