Catch a Live Orchestra Scoring ‘Jaws,’ ‘Game of Thrones’, Other Classics in an Arena Near You 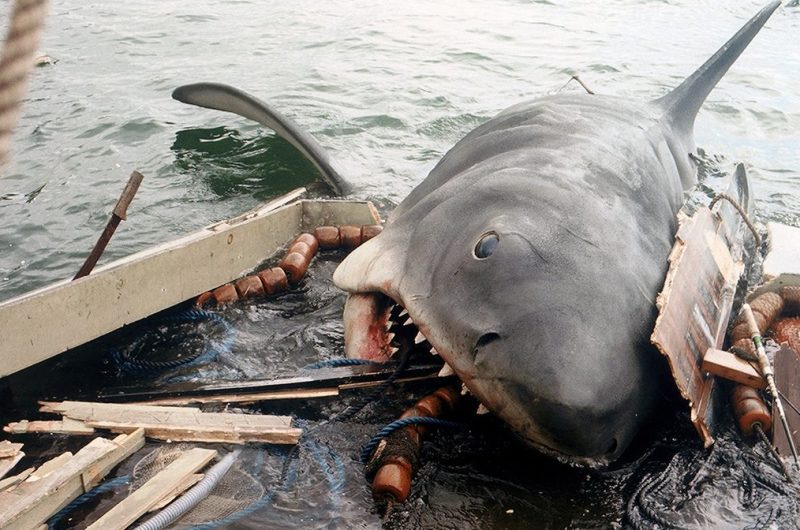 On the set of ‘Jaws,’ directed by Steven Spielberg. (Sunset Boulevard/Corbis via Getty Images)

If you lived in a big city during the silent movie era, it wouldn’t have been out of the ordinary to see a full orchestra tuning up in the front of the theater, ready to accompany your film once the black-and-white images flickered onto the big screen. These days, with digitally recorded soundtracks and surround-sound audio of the utmost quality, films don’t really need a live accompaniment—but that hasn’t stopped one company from cashing in on the nostalgia factor around the world.

Film Concerts Live, a partnership between IMG Artists and The Gorfaine/Schwartz Agency, puts on productions of “silenced” blockbuster films, whose soundtracks are recreated note-for-note by a live orchestra in real time. Starting next summer, as reported by Billboard, the company will launch a world premiere of Steven Spielberg’s horror blockbuster, Jaws, featuring the Boston Pops (the soundtrack’s composer, John Williams, headed the Pops back in the ’80s and ’90s).

Film Concerts Live already has a number of other great movies featuring the live orchestra scenario being performed around the world as we speak. These include: Jurassic Park (the Royal Philharmonic at London’s Royal Albert Hall); Indiana Jones and the Raiders of the Lost Ark (the Melbourne Symphony Orchestra in Australia); E.T. (the National Symphony in Washington, D.C.); Back to the Future (another Boston Pops gig); and Home Alone (Nashville Symphony in Tennessee). There are countless other cities and tour dates on the company’s roster.

But Film Concerts Live is only the tip of the live concert experience iceberg. Beginning in February 2017, Game of Thrones‘ soundtrack composer Ramin Djawadi will be touring the U.S., conducting an 80-piece orchestra and choir on a 360-degree stage, in locations such as D.C., Connecticut, and Philadelphia. The live concert experience will stop in 28 U.S. cities in total.

Also, CineConcerts and Warner Bros. have partnered to tour the Harry Potter movies (as well as classics like It’s a Wonderful Life and Breakfast at Tiffany’s); while the Royal Albert Hall, besides its Indiana Jones experience, is playing host to live experiences for films including Aliens, Titanic, Independence Day, Gladiator, and The Godfather.

For a full list of dates, times, and locations of Film Concerts Live events, click here; the GOT events, here; CineConcerts, here; and the Royal Albert Hall, here.

To get an idea of what a film-orchestra linkup would look and sound like, watch this fan-shot video from the Hollywood Bowl, featuring a live accompaniment to Back to the Future (it’s worth watching all the way to the end of the iconic scene to see how the crowd reacts).