The Rock, George Clooney and the Art of Bouncing Back From a Superhero Flop

In the romantic comedy Ticket to Paradise, David (George Clooney) and Georgia (Julia Roberts) are circling the 25th anniversary of their wedding — and though the characters no longer celebrate it, having divorced decades earlier, there’s something evocative about the movie’s use of that figure. Twenty-five years ago, Clooney was at the beginning of his career as a movie star, and quickly made to wonder if it was about to end. After attempting to show some genre range in 1996, when he starred in the pulpy, Quentin Tarantino-penned horror-action movie From Dusk Till Dawn and the sweet-natured romantic comedy One Fine Day, Clooney’s next big breakthrough was supposed to be the 1997 blockbuster Batman & Robin. Instead, he played Batman in the only Batman movie that’s ever flopped.

Obviously, Batman, and superheroes in general, recovered — to the point where Clooney teaming with Julia Roberts for a rom-com, something that would have been its own kind of event movie 20 years ago, is now positioned as counter-programming to the weekend’s splashier release of Black Adam, based on a relatively obscure DC Comics antihero. Clooney, though, recovered even faster than any caped crusaders; by the time Batman Begins revitalized the big-screen version of the character in 2005, he had reinvented himself as the professional muse of A-list artists like Steven Soderbergh and the Coen Brothers, and he would win a Best Supporting Actor Oscar for that year’s Syriana.

Though he could clearly help propel plenty of films to some success — it’s hard to imagine the moody thriller The American or the angsty family drama The Descendants would have grossed as much with a lower-wattage star — Clooney never became a box office force on the level of his Ocean’s collaborators Brad Pitt or Matt Damon. After his failure to Bat, he became almost monastically devoted to the idea of middlebrow-or-higher cinema for grown-ups. (He also took an increased interest in directing those kinds of movies, generally with less success than his unofficial mentors.) Even the occasional dalliance with summer blockbusting, like 2015’s disappointing Tomorrowland, had a clear auteur stamp from animator Brad Bird.

Ticket to Paradise, then, feels almost like Clooney picking up where he left off 25 years ago, at a time when unabashedly mainstream entertainment like One Fine Day or The Peacemaker has been shunted off to streaming channels, boosting their already-substantial forgettability. This is a theatrical release about that contentiously divorced couple teaming up to stop their recently graduated daughter Lily (Kaitlyn Dever) from an impulsive wedding to a man she just met in Bali. Naturally, their bickering attempt at a truce gives way to a traditional (though not exactly literal) comedy of remarriage.

Unfortunately, director/cowriter Ol Parker can only make the movie look nice and pass breezily by; he’s not up to the task of engineering a genuine screwball farce. Ticket to Paradise barely even tries in that department; the barbed banter between Roberts and Clooney has a pretty low hit rate, other jokes are obvious and later nonexistent, and despite the “funny” sniping, the movie seems constitutionally incapable of treating divorce like a playful whim, a la The Awful Truth or His Girl Friday. No, David and Georgia’s wrecked relationship must be reckoned with, the eventual subject of soul-bearing monologues. Some getaway!

True to his serious-drama allegiance, Clooney becomes the most interesting thing about the movie just as it starts to really flail as a comedy. At first, he seems to have returned to stardom as a cranky caricature of a brusque American go-getter and bullshitter, augmenting his familiar delivery by performing little old-dad harumphs in place of funny dialogue, dropping his Gs, blustering and just shy of mugging for much of the first act. When it comes time for David to voice his regrets, though, the familiar chastened-slickster Clooney emerges, bringing some real (and probably unearned) gravity to the movie’s serious side. For all of the movie’s lightness, Clooney’s charisma shines brightest when it’s poking through middle-aged clouds. (And despite the play at gruffness, he’s still a bit warmer than Roberts, who holds everything except her chemistry with her long-time co-star at a slight remove.) 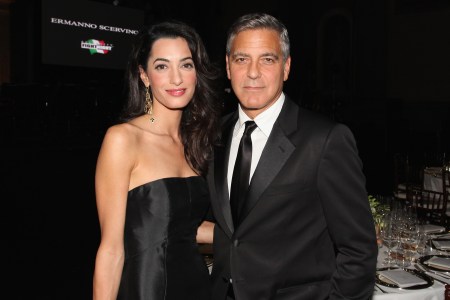 “At some point in the future our children will ask us: is it true, did our country really take babies from their parents and put them in detention centers?"

Are Clooney’s psychic wounds from Batman & Robin so deep that he still feels uncomfortable turning on the charm? Probably not; he was plenty charming in the Ocean’s movies, among others. But in a superhero-driven world he fortuitously flunked out of, he does seem determined to prove that stardom doesn’t have to be so ingratiating. Consider that his previous starring role was in his self-directed film The Midnight Sky — an effects-heavy sci-fi project that still allowed him to spend the movie looking haunted and profoundly lonely. Sometimes it seems as if audiences have turned to superhero movies for both their comedy and movie-star needs; perhaps Clooney is just fiercely protecting his shrinking territory. As he’s kept a torch burning for the mid-range adult drama, Hollywood has changed.

There may not be a single star who has embraced this change more readily or enthusiastically than Dwayne “The Rock” Johnson (though Ryan Reynolds comes pretty close). Improbably, Johnson has performed sort of an inverse Clooney, waiting until late in his career to play a superhero while shoring up his persona with a steady supply of dreck — some of it fun, much of it disposable, and feeling increasingly market-tested and anodyne of late. Black Adam has been unveiled by Johnson and his marketing team as a major event: Black Adam (which essentially only exists as a stand-alone film because of Johnson’s interest) is here to enter the erratic DC Comics on-screen universe and “change the hierarchy,” as Johnson has nonsensically put it. Black Adam, a dark version of the DC hero Shazam!, is here to dispatch bad guys, refuse to take orders, and, if Johnson has his way, possibly challenge Superman to a wrestling match.

As effects-saturated smashed-up comic-book nonsense, Black Adam will probably sate some appetites. (After all, it’s been an epic three-and-a-half-month wait since the last effects-saturated smashed-up comic-book nonsense; three if you count DC League of Super-Pets, wherein Johnson voiced Superman’s dog — and credits-cameoed as Black Adam.) It’s enjoyably ridiculous in parts. It’s also a little strange that this movie features arguably the biggest movie star in the world, doing thinly conceived unsmiling-antihero stuff that pales next to, say, Arnold Schwarzenegger’s version of the same from 25 to 30 years ago. As with Clooney’s old Batman & Robin turn, Johnson gets upstaged by the colorful detritus flying everywhere and the ensemble of super-humans running around in his wake. Johnson recently starred in Red Notice, a Netflix caper picture with Gal Gadot and Ryan Reynolds, also known as Wonder Woman and Deadpool, respectively; on the basis of Black Adam, he makes by far the least compelling superhero of the three, despite looking more the part than either of his pals.

The effect is oddly reassuring for acolytes of the Old Ways: Though Johnson has repeatedly played superheroes in all but name, flying to the rescue of multiple franchises and flaunting his increasingly outsized physique, he can’t be crammed into spandex and simply dominate the competition. Yet despite his obvious presence and ability — he seems like the kind of guy who prides himself on rising to a challenge — it’s also hard to picture Johnson retreating into the more grounded basics of romantic comedies, crime dramas or non-bombastic thrillers. If Clooney, trained on all those grown-up movies, has a little trouble acclimating to the wispy pleasantries of Ticket to Paradise, imagine Johnson trying to shrink himself back down to human scale. (Red Notice gave him the opportunity, and instead blew itself up with unconvincing spectacle; apparently even horrible special effects are preferable to no special effects at all.) Johnson doesn’t have to exercise his movie-star bona fides; he’s got an action movie with Chris Evans and potential sequels to Jumanji and Red Notice on deck, and who knows, maybe someone will let Black Adam fight Superman. But there wouldn’t be any shame in letting the superhero dream go — in thinking back to that early Clooney era, when playing a lavishly costumed crime-fighter was just one option, easily eliminated. 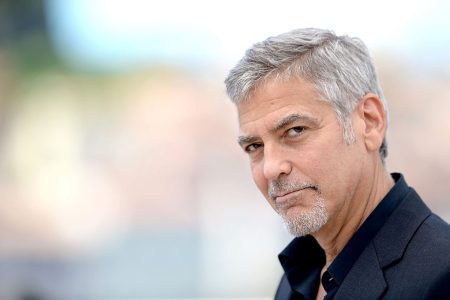 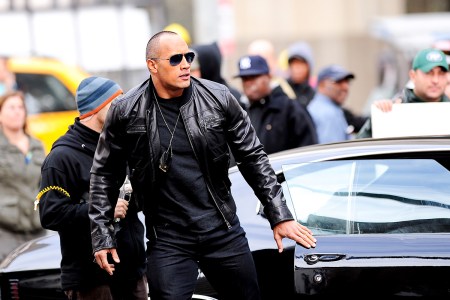 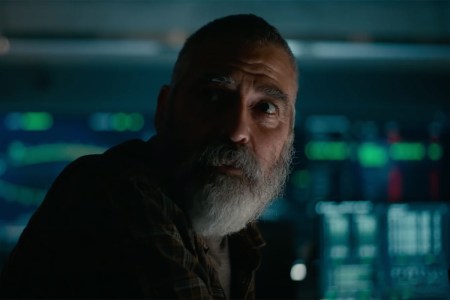