R.E.M.’s ‘Out of Time’ Gets Deluxe 25th Anniversary Reissue 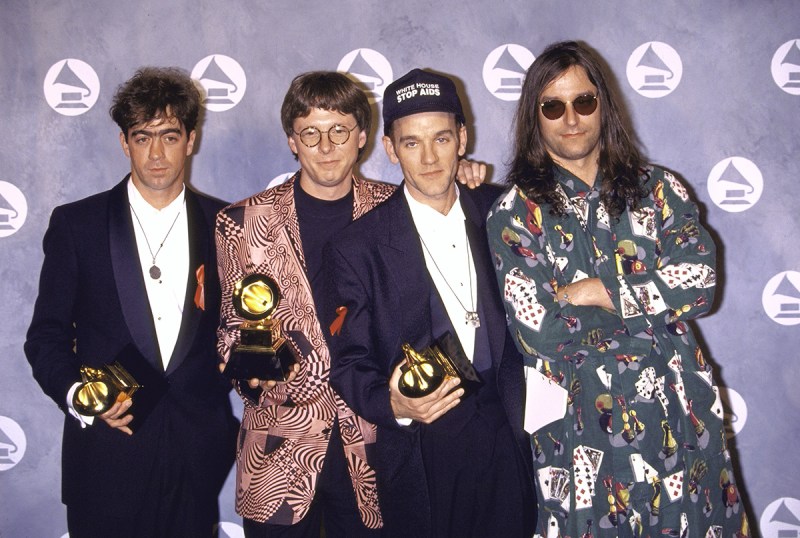 Having basically owned college rock radio in the 1980s, Athens, Georgia’s R.E.M.—featuring Michael Stipe (lead vocals), Peter Buck (lead guitar), Mike Mills (bass/backing vocals), and Bill Berry (drums)—went on to become one of the most influential rock acts of all time. At first borrowing heavily from the ’60s folk-rock movement (led by Buck’s 12-string Rickenbacker antics), the band slowly came into its own, developing their own sound—one that might be best described, sonically, by 1986’s “Fall on Me,” one of their first commercial hits.

But true worldwide success wouldn’t find them until 1991’s Out of Time, when the band finally pulverized the barrier between the indie and mainstream rock worlds (sort of like what contemporaries Nirvana did the same year with punk music). Shooting to No. 1 on both sides of the Atlantic, the album would spawn monster singles in “Losing My Religion” and “Shiny Happy People,” and go on to sell 18 million copies worldwide. The following year, Out of Time struck gold at the ’92 Grammys, winning “Best Alternative Music Album,” and a pair of statues for “Losing My Religion” (see image above).

R.E.M. photographed in Chicago, Il. during July of 1984. (Paul Natkin/WireImage)

On Nov. 18, Out of Time will be getting the deluxe reissue treatment to celebrate its 25th anniversary. Among the goodies on the reissue are a number of never-before-heard demos, outtakes, and a complete live show from Mountain Stage. One of those demos features a rare vocal performance by drummer Bill Berry on an early version of “Radio Song,” which would eventually feature hip-hop legend KRS-One (and no Berry). Listen to it below. Also, read Entertainment Weekly‘s original (and surprisingly, average) review of the album here. (Boy, did they ever get that one wrong.)