Dr. Berhanu Nega works on his computer in the kitchen of his house in Lewisburg, Pa., Saturday, April 25, 2009. The Ethiopian government has arrested 35 people suspected of a coup attempt allegedly backed by Nega, an Ethiopian economist now teaching at a Pennsylvania university, a government spokesman said Saturday. (AP Photo/John Zeedick)
By David Kiefaber 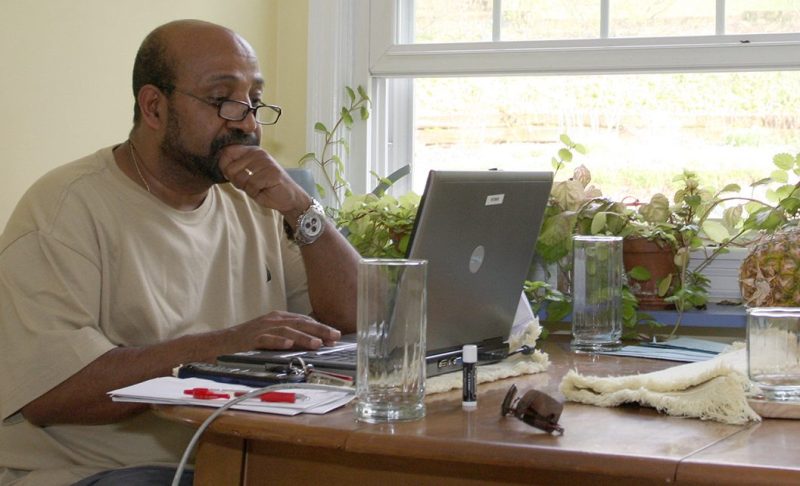 Bucknell students and faculty knew Nega as a kind, generous economics professor and Philadelphia Eagles fan, but few realized the full extent of his political work in his home country of Ethiopia. Nega was involved in the border clashes between Ethiopia and the neighboring country of Eritrea; Nega supported Eritrean independence and co-founded Ginbot 7, a political group and proxy army that opposed the Ethiopian government. He’d even been jailed as a political prisoner for his efforts. 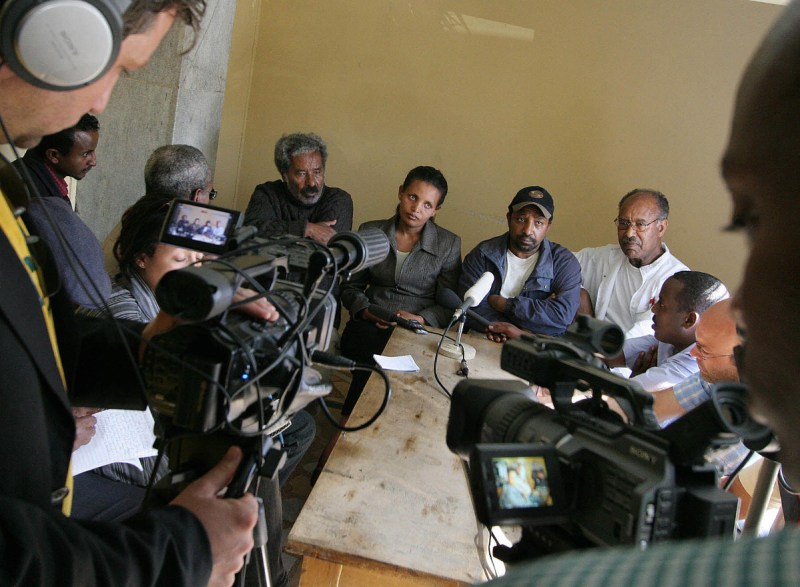 The main leaders of the CUD (Coalition for Unity and Democracy), from left to right, Prof. Mesfin, Birtukan Midek, Berhanu Nega and Hailu Showel (AFP/Getty Images)

Nega continued supporting the cause from the United States, raising money for Eritrean political causes from other Ethiopian ex-pats in the US and Europe. But when a friend and fellow activist was arrested by Ethiopian intelligence and sentenced to death, Nega decided that he hadn’t been doing enough. He sold his house in Lewisburg, PA, left his job, and relocated to Eritrea to commit his life to their independence.

As of the writing of this New York Times article, Nega commands hundreds rebel fighters in both Eritrea and Ethiopia. He takes an active role in their training and education, bringing a field classroom everywhere he goes to teach soldiers about history and democracy.

Meanwhile, because Ethiopia is considered a U.S. ally, Nega’s State Department-issued “travel document” has been suspended, and his application for citizenship is in bureaucratic limbo. His wife and children still live in the U.S.A., and Nega worries that his Eritrean passport and green card won’t always be sufficient to visit them. Though he has thrown his life into flux, Nega made this choice because he wanted to do more than criticize Ethiopia from a comfortable position abroad; in fact, he felt to obligated “to do something as an engaged citizen.”

To learn more about the conflict between Ethiopia and Eritrea, watch this short video from Seeker Daily.