The shrine that houses the traditional burial place of Jesus Christ is undergoing restoration inside the Church of the Holy Sepulchre in Jerusalem. (Oded Balilty/National Geographic)
By Adrian Lam 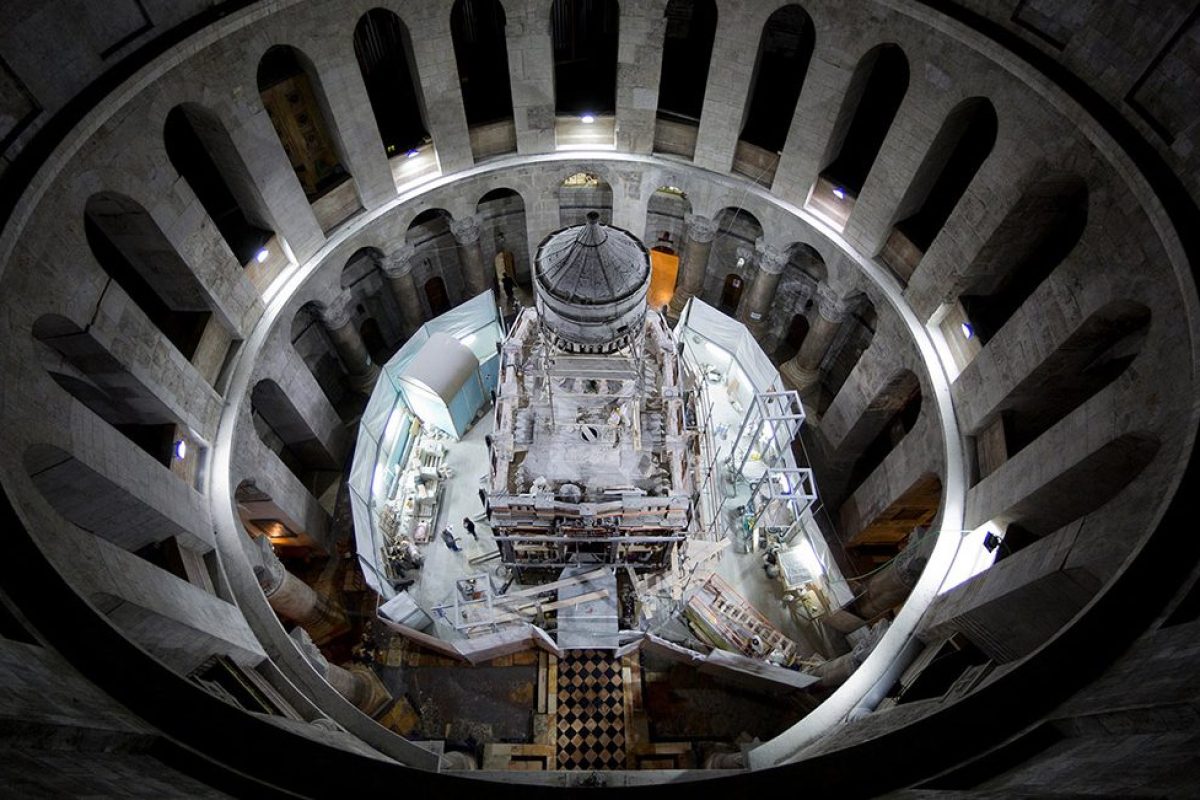 The shrine that houses the traditional burial place of Jesus Christ is undergoing restoration inside the Church of the Holy Sepulchre in Jerusalem. (Oded Balilty/National Geographic)

The cover to the tomb of Jesus Christ has finally risen.

This week, for the first time in centuries, restorers working in the Church of the Holy Sepulchre in Jerusalem, Israel, removed the stone slab that is believed to cover the burial place of Jesus Christ.

Fredrik Hiebert, archaeologist-in-residence at the National Geographic Society, a partner in the restoration project, spoke to RealClearLife about the process in an exclusive interview.

“It’s really unbelievable,” said Hiebert. “It’s the slab in the tomb in the church in Jerusalem in the epicenter of Christianity and Western Civilization, basically. I’ve been involved in a lot of archaeological projects in my career, but this has to be one of the coolest. It ranks right up there.”

The tomb had been covered by a marble slab since at least 1555 A.D., and most likely centuries earlier.

Along with the church, the tomb is a major Christian pilgrimage destination. According to Christian tradition, the body of Jesus Christ was lain on a burial bed hewn from the inside of a limestone cave following his crucifixion by the Romans in 30 A.D. Christ was resurrected after death, according to Christian belief, and women who came to anoint his body three days after the burial reported that no remains were present.

So what is the marble slab like? Hiebert said it’s about six feet by three feet, and weighs several hundred pounds.

“It’s a beautiful piece of marble,” Hiebert told RealClearLife. “Kind of a creamy white. This type of marble is used on a daily basis here. It has that same attractive patina.”

The burial is now enclosed by a small structure known as the Edicule, which was last reconstructed between 1808-10 after being destroyed in a fire. The Edicule and the tomb are currently undergoing restoration by a team of scientists from the National Technical University of Athens. 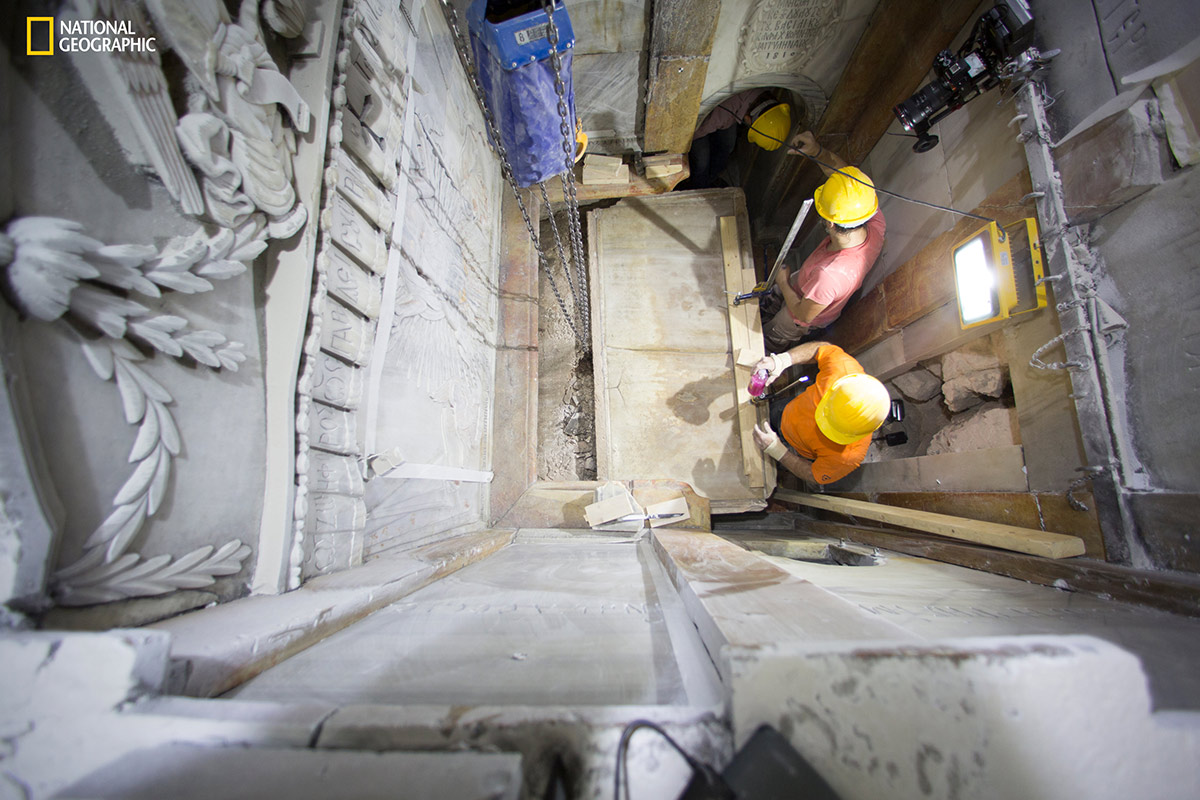 Workers begin removing the worn marble that has encased the original burial shelf for centuries, exposing a layer of fill material below. (Dusan Vranic/National Geographic)

The exposure of the burial “bed” is giving researchers the unprecedented opportunity to study the original surface of what is considered the most sacred site in Christianity. An analysis of the original rock may enable them to better understand the original form of the tomb chamber, but also how it evolved since it was first identified by Helena, mother of the Roman emperor Constantine, in 326 A.D.

“It’s been fascinating to peel back the layers of history,” said Hiebert. “Using noninvasive technology like radar, lidar, and thermography, we have been able to confirm that this burial is in the same spot since the time of Emperor Constantine. We had no proof of that until a few days ago. Now we can identify the original bedrock. I think that’s big news.”

“When the slab is put back and the tomb is closed, that’s it for probably ten generations,” said Hiebert.

The slab will be closed in a matter of days or weeks, and it won’t be opened again for quite some time.

“Our goal is to make the conservation effort last for centuries,” said Hiebert. “When the slab is put back and the tomb is closed, that’s it. It will not be opened again for probably 10 generations.”

There will be, however, a way for people to peer inside. Restorers took out a small piece of marble and replaced it with a transparent crystal plate.

So was it a contentious decision, altering the burial ground of Jesus Christ?

“Everything is a group decision. If you have brothers or sisters, you know how difficult it is to get everyone to agree on something,” Hiebert said with a laugh.

Restorers hope to have the project completely finished by this spring.

Watch the video below to get a look inside Christ’s burial—something that has not been possible for centuries. —Shawn Donnelly for RealClearLife