Auction Features Locks of Both Lincoln and His Assassin’s Hair

As you know, we’ve covered a lot of ground on 16th President of the United States Abraham Lincoln on RealClearLife: his acerbic epistolary prowess; penchant for code-writing; ultra-historical document-writing; and last moments alive.

All our previous coverage on Lincoln seems to coalesce in Heritage Auctions’ Sept. 17 “Lincoln and His Times” sale, which includes items from just about every aspect of Honest Abe’s hallowed career. The sale features a number of ultra-rare autographs, manuscripts, photographs, ephemera, bronze busts, prints, and paintings; as well as a number of items from the era he was in power.

RealClearLife has sifted through some 900 lots to curate this list of the must-haves from the auction. Take a look at our picks below.

Unique 1864 Silk Parade Flag (starting bid: $10,000) – This is an item Heritage’s experts say they’ve never seen before. It’s an 11.25″ x 8″ silk campaign flag inscribed “Lincoln and Johnson,” featuring 33 stars. (The “Johnson” is Andrew Johnson, who assumed power after Lincoln’s death and became the first-ever sitting president to be impeached.) To bid on the item, click here. 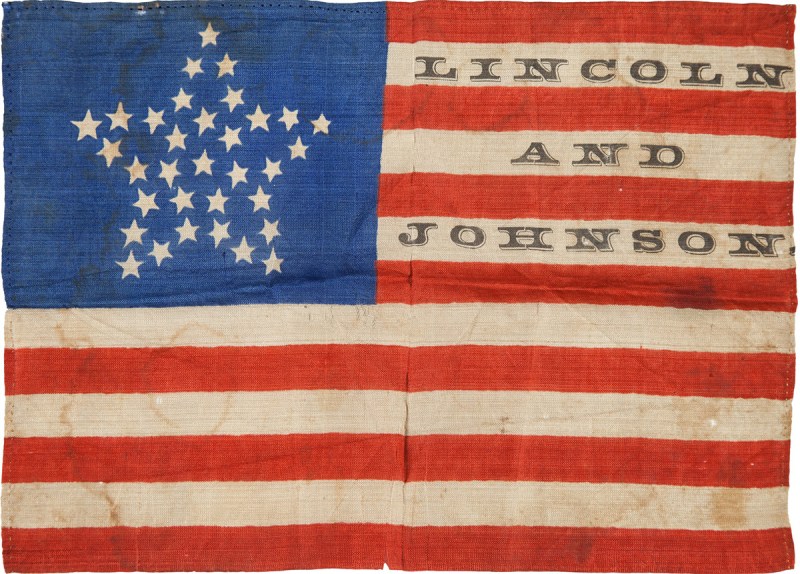 Jewelry Pieces Featuring Locks of Abraham Lincoln’s Hair (starting bid: $25,000) – If you’re going to list a lock of his assassin’s hair, you might as well find some strands from the president himself. The lot consists of a pair of silver Victorian jewelry pieces, a pendant, and brooch. Each features an image inside of Lincoln’s famous log cabin formed of strands of Lincoln’s hair. The hair was cut from Lincoln’s head on the night of his assassination on April 14, 1865, during the autopsy. Read more on the items and bid on them here. 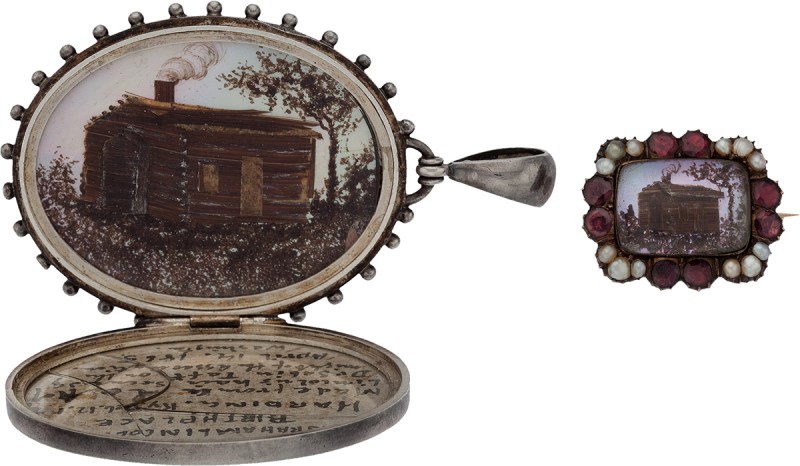 Bloodstained Coat Collar Piece Worn by Lincoln on the Night of His Assassination (starting bid: $5,000) – Were you to want to grow a replicant version of President Lincoln someday, you could start with owning some of his plasma. A morbid but unique memento, Lincoln’s blood stains the coat collar he was wearing on the night of his assassination. Featured in the 2011 National Geographic special “Lincoln’s Secret Killer,” the morsel of fabric was in the possession of Benjamin French, Jr., the son of Lincoln’s commissioner of Public Buildings. Click here to bid on the item. 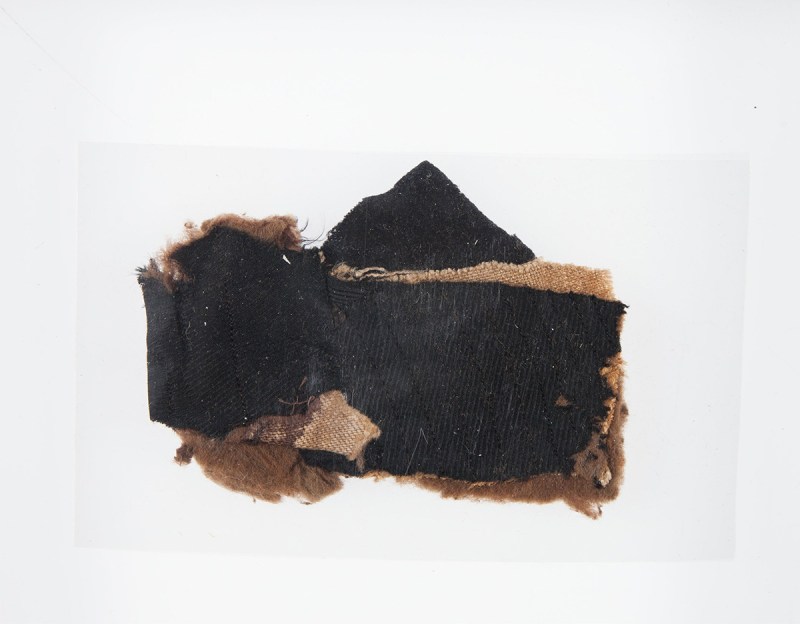 Abraham Lincoln Letter to His First Fiancée, Mary Owens (starting bid: $100,000) – The letter, dated December 13, 1836, is one of Lincoln’s earliest letters. It is the first of three written to Owens and provides insight into the man himself. It shows a vulnerable side of Lincoln rarely seen in other letters. (He also, inexplicably misspells the word “very” twice in the same paragraph.) It’s the only Owens letter still in private hands—another of which sold in 2002 for $779,000. Read its entire contents and bid on it here. 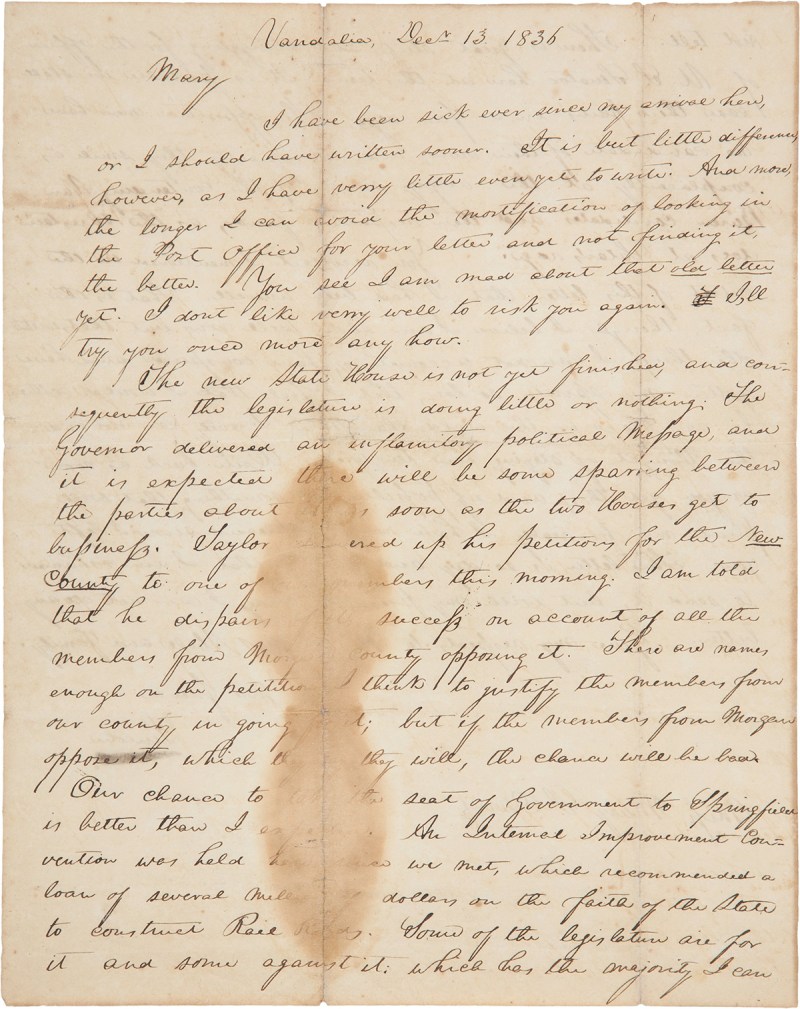 Signed Abraham Lincoln Carte-de-Visite (starting bid: $40,000) – Taken by Mathew Brady in Washington, D.C., in 1862, Lincoln strikes a particularly thoughtful pose in this carte-de-visite (a small photograph produced from an albumen print). Lincoln signed the CDV on the lower border “A. Lincoln.” On the other side is all the provenance a collector could ever need: an inscription from Presidential Secretary John Hay stating that it’s a genuine Lincoln signature. Bid on it here. 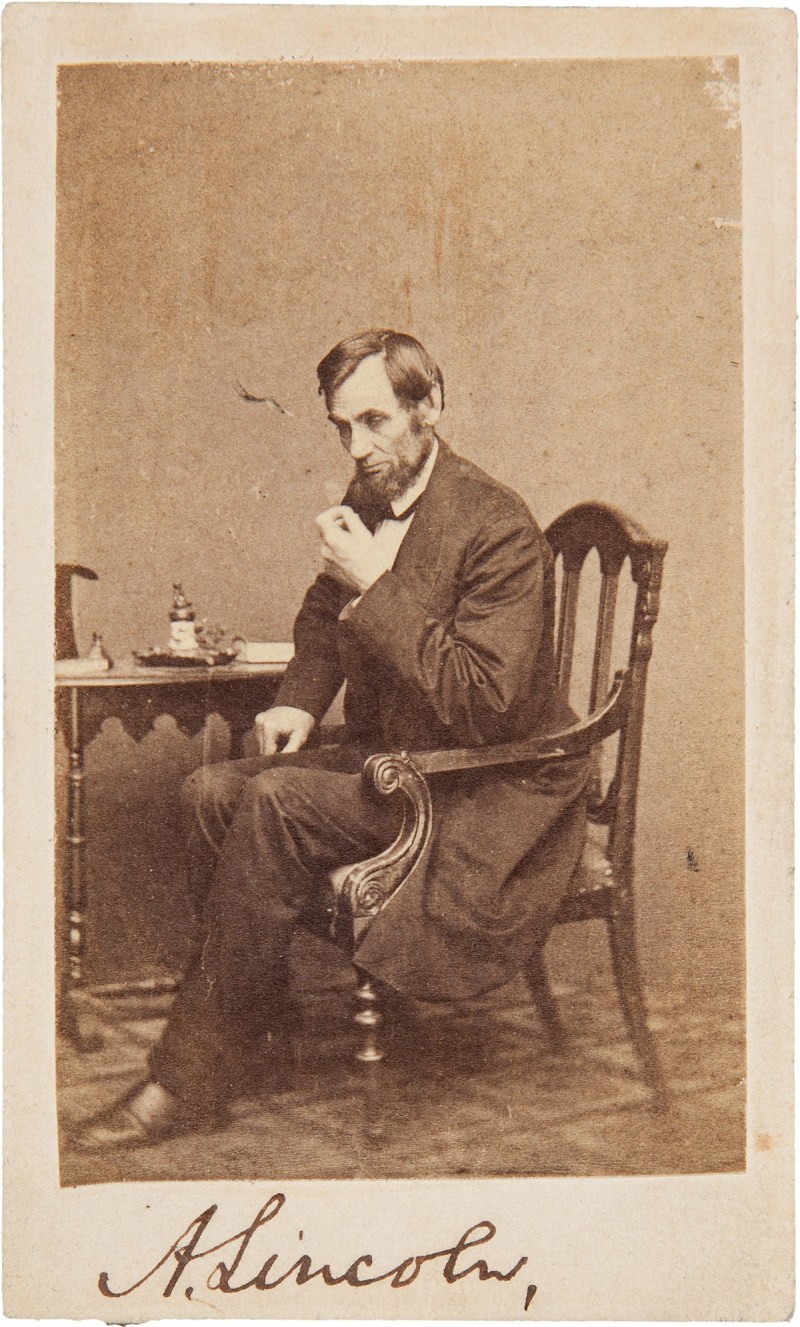 A Lock of Lincoln Assassin John Wilkes Booth’s Hair (starting bid: $25,000) – This is an actual lock of hair snipped from the top of Lincoln assassin John Wilkes Booth’s head on April 27, 1865, the day of his autopsy aboard the monitor Montauk. It’s accompanied by a signed letter of the great-great granddaughter of Dr. John M. B. Peddicord, the man who actually cut Booth’s hair that day. For more on the lock of hair and to bid on it, click here. 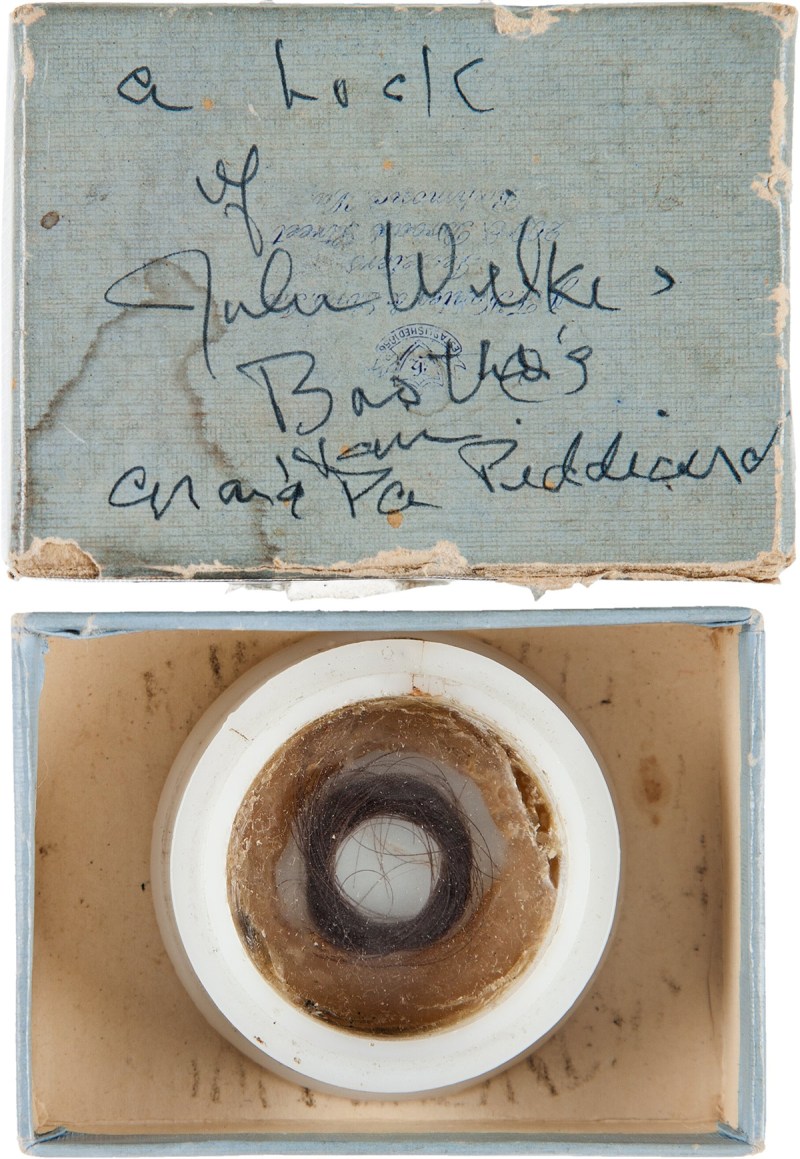 Signed Abraham Lincoln Ship’s Paper/Passport (starting bid: $6,500) – Basically a ship’s passport, this document was drawn up for safe passage of the ship “Champion,” out of Edgartown, Massachusetts. It’s “signed” by Lincoln—but posthumously, as it’s dated August 7, 1865, after his death. According to Heritage, Lincoln pre-signed a number of blank documents (sort of the precursor to the Autopen). For more on the document or to bid on it, click here. 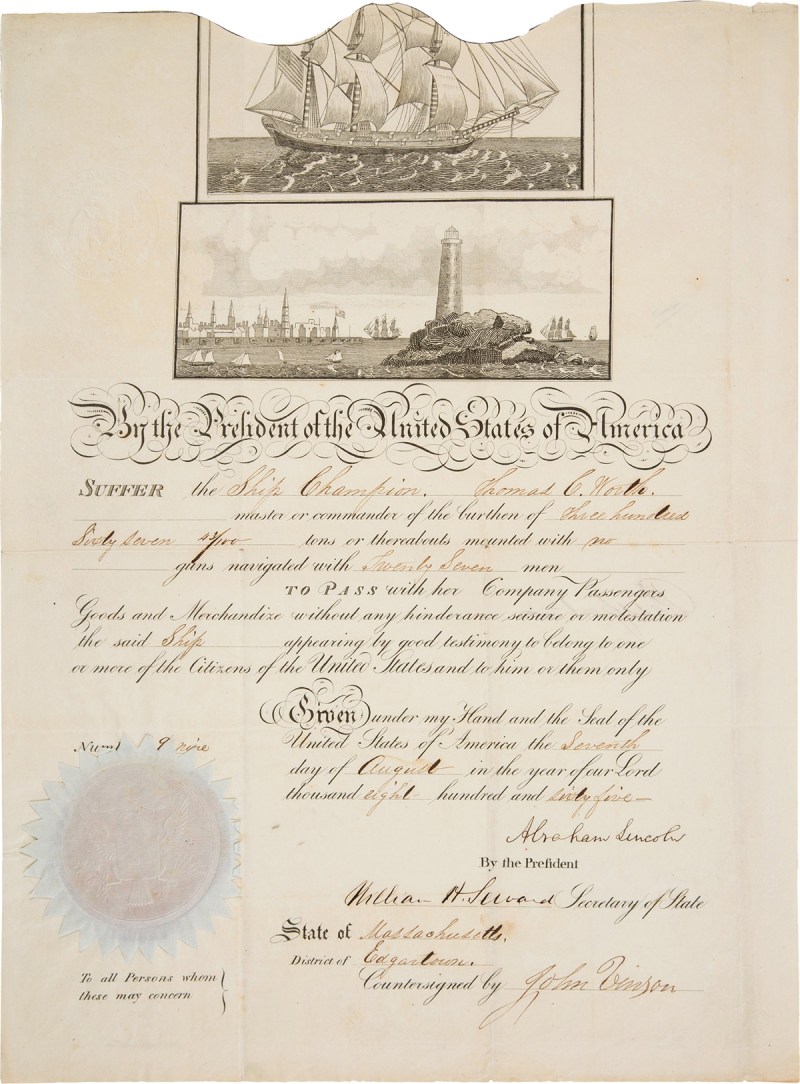 Mary Todd Lincoln’s Silk Mourning Dress Ensemble (starting bid: $5,000) – After her husband’s assassination, Mary Todd Lincoln went into mourning, and this four-piece dress was owned and worn by the former first lady. It includes a silk corset, 38″ cotton petticoat, 30″ cotton petticoat with lace trim at the bottom, and 57″ black silk dress with four round buttons on each cuff. Her husband’s death was just one of her personal tragedies, as she also outlived three sons. For more on the dress and to bid on it, click here. 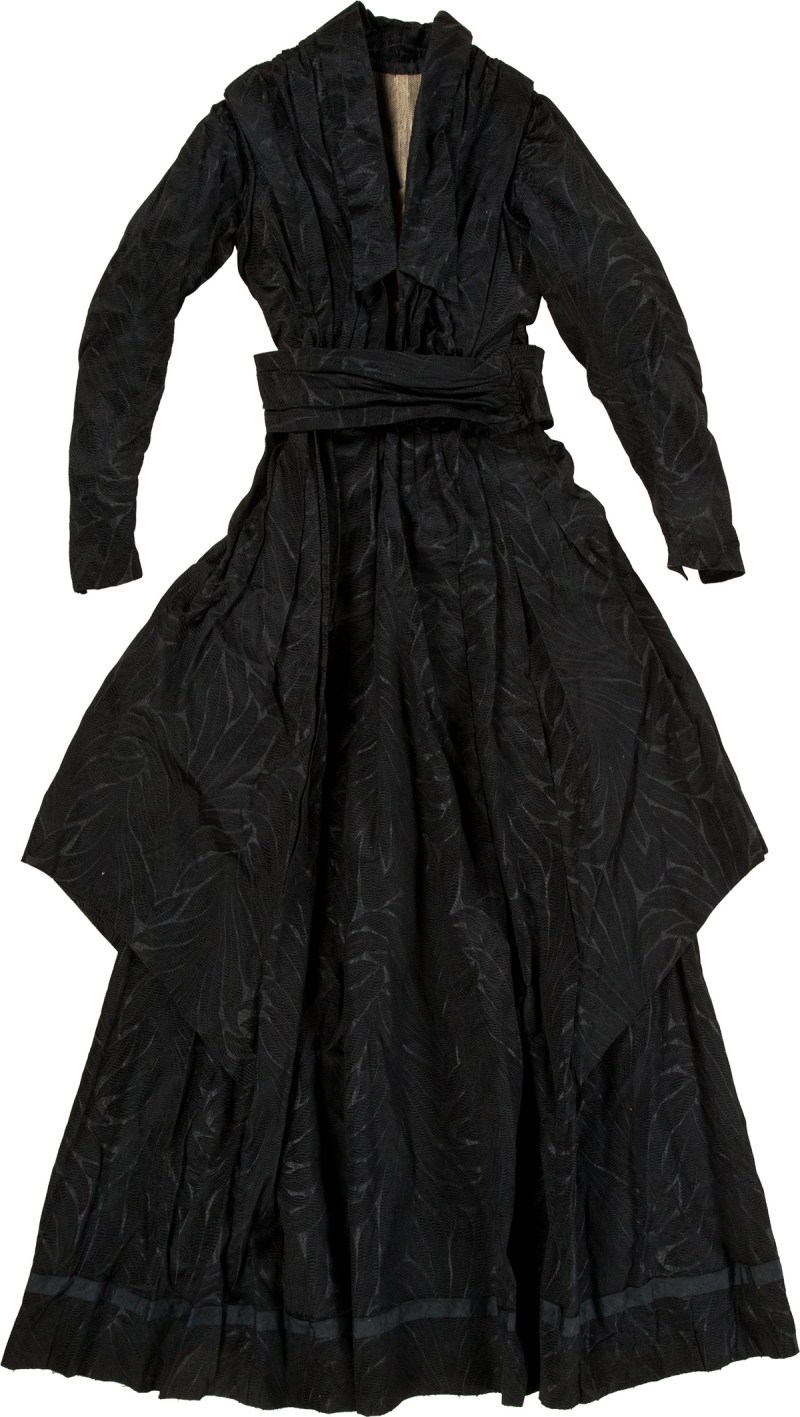 First Appearance of the Gettysburg Address in Newspaper Format (starting bid: $2,800) – This is a little shout-out to our predecessors in journalism. An eight-page spread from the November 20, 1863 edition of Horace Greeley’s New-York Tribune, this is a full reprinting of Lincoln’s “Gettysburg Address” less than a day after he gave the speech. For more on the article and to bid on it, click here. 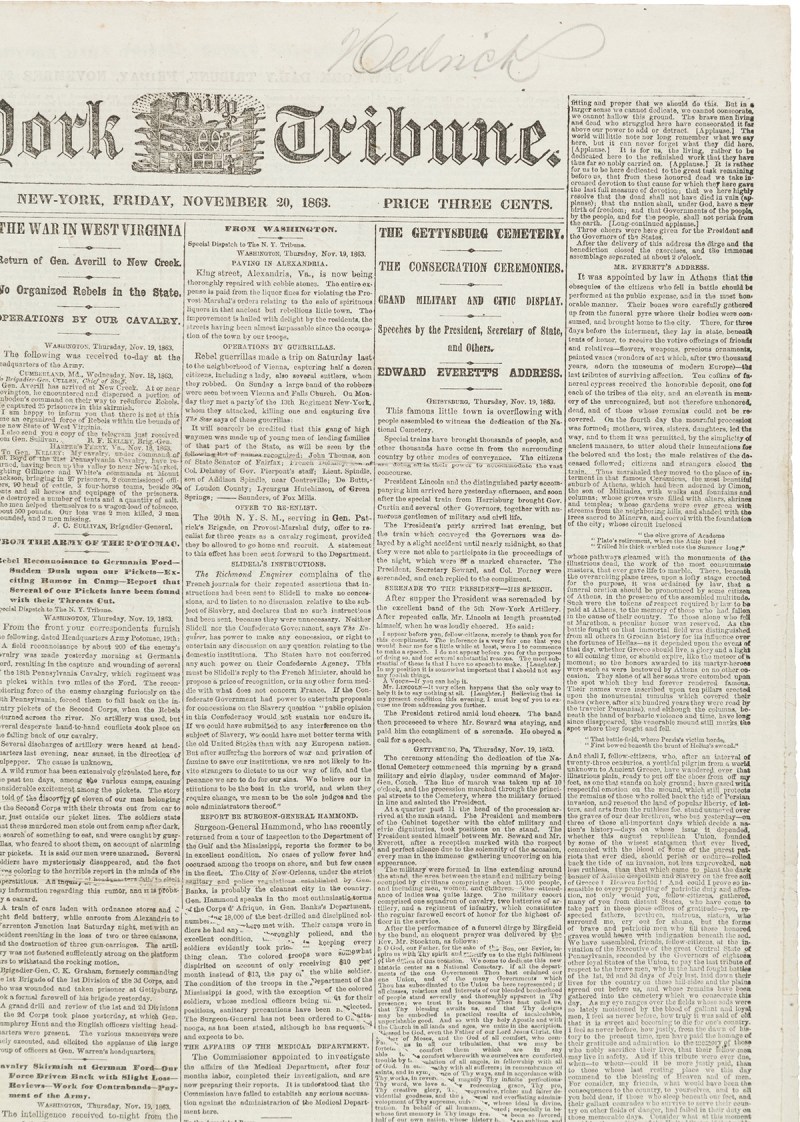 Norman Rockwell Signed Abraham Lincoln Print (starting bid: $1,000) – Quite simply, it’s one of America’s most iconic artists taking on arguably the nation’s greatest president. This print, featuring a particularly young-looking Lincoln—with Rockwell’s signature hyper-realistic aesthetic—is signed by the artist at the bottom righthand corner. For more on its specs or to bid on it, click here. 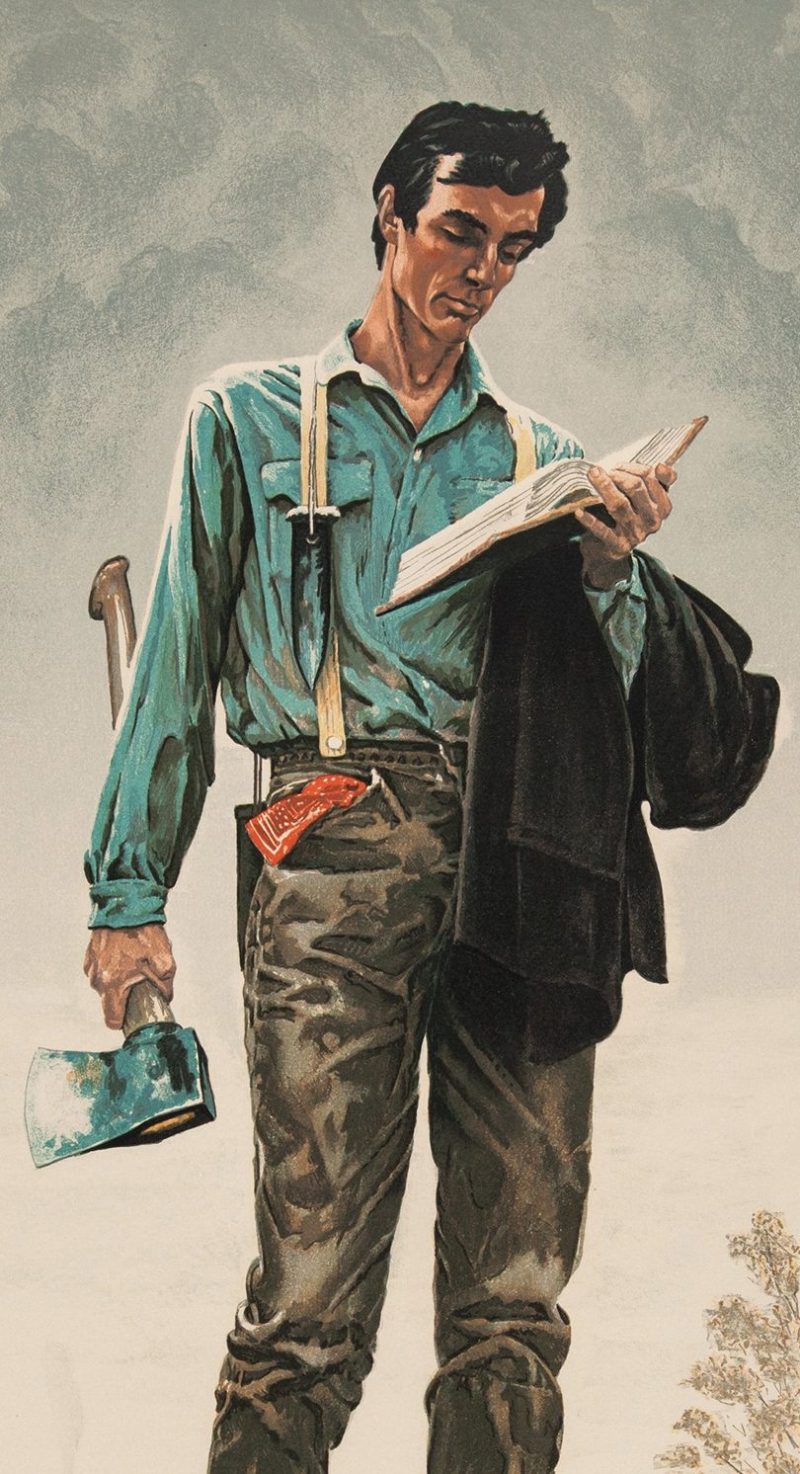