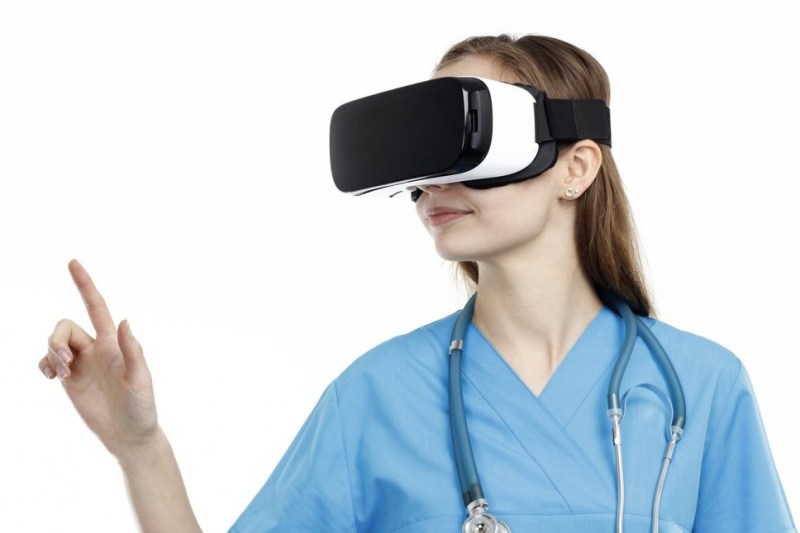 Painkillers can only kill so much pain. What to do when patients are still suffering and will continue to suffer through the recovery? (For instance, during the daily removal of dead skin for burn victims.)

What if, instead of focusing on eliminating the pain, patients could simply be distracted from it to the point the unbearable became manageable?

“The logic behind how it works is that humans have a limited amount of attention available and pain requires a lot of attention,” Hunter Hoffman, a cognitive psychologist and director of the Virtual Reality Research Center at the University of Washington. “So there’s less room for the brain to process the pain signals.”

Virtual reality is viewed as potentially an extremely effective method of distraction, with Hoffman estimating it can reduce pain levels up to 50 percent. VR has been used for 20 years in psychiatry, where it helps treat phobias, PTSD, and other psychological issues. Studies suggest it can help with autism, “persecutory delusions,” and even with phantom limb pain (the sensation that the limb is still there and it hurts).

Virtual reality in general is spreading as it gets both more effective and affordable: it has the potential to provide the world with far more than just gaming.

To read Smithsonian‘s examination of all of virtual reality’s implications for medicine, click here. For more information on how psychology can be impacted by virtual reality, watch the video below.