After years of gypsy brewing, Evil Twin has a place of its own 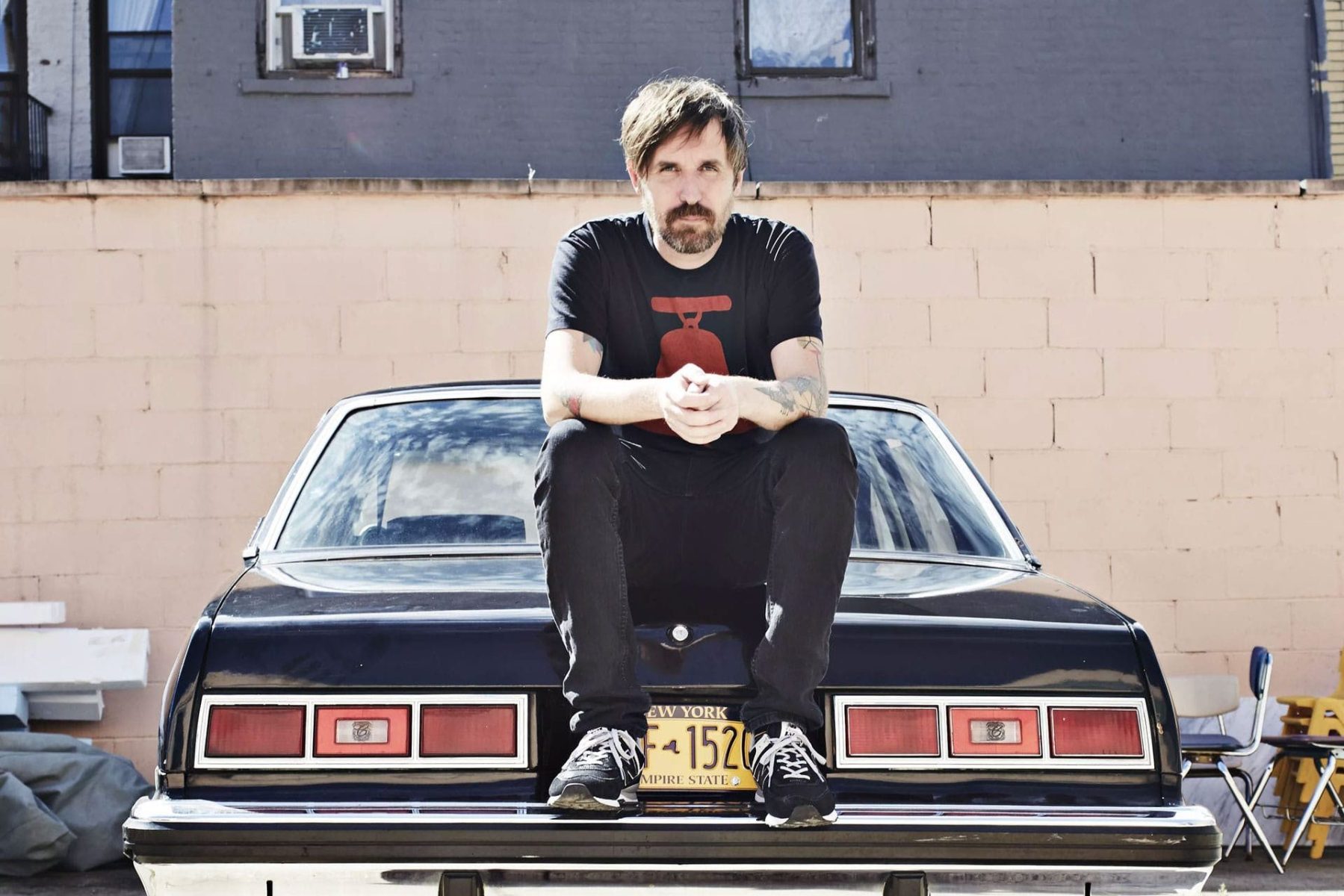 Jeppe Jarnit-Bjergsø made a name for himself as a nomad, brewing Evil Twin beers without his own permanent location. But after years of operating out of other people’s spaces, the Danish-born brewer finally has a place of his own, the just-opened Evil Twin Brewing in Ridgewood, Queens.

InsideHook caught up with Jarnit-Bjergsø to talk about the inspiration behind the new space, why he thinks we need more savory beers and what the future holds for the New York craft beer scene.

Tell us about the decision to open in Ridgewood. What was it about that area that appealed to you?

Jeppe Jarnit-Bjergsø: The main decision was that the space more or less fell into our laps. The Danish guy who owns the building who’s our landlord, he contacted me and said, “Hey, I have a building in Ridgewood if you want to open up a brewery.” This was like five years ago. At first I was like, “No, not really, I’m not looking to open a brewery in New York.”

But he insisted, and a year later, he contacted me again and said, “Hey, I still have your building, so if you want to do it, I still have the building for you.” So I went out and checked it out, and I really liked it a lot. It had a lot of things that we wanted — outdoor space, close to the subway and all that stuff. So that’s kind of why. I didn’t know a lot about Ridgewood at the time, but I’ve learned to know more and love it, and I’m glad we’re in Ridgewood now. But back then it was more like a coincidence.

What made you want to open up a brick-and-mortar brewery of your own after so many years of nomadic brewing?

Jarnit-Bjergsø: That’s been the plan, not since the beginning, but pretty much since I started out. I mean, the gypsy brewing has obviously been good and we’ve been able to build it up and create a brand, but I like to be involved in what I do, and when you contract brew, you don’t have that last involvement of really making that last decision about a beer. To be able to do that and be involved on a day-to-day basis, that’s always been a dream of mine.

So I always knew that I was going to open a brewery at one point, and it took a little longer than I’d hoped for, but it was always the plan. I feel that if you really want to make it exactly how you intended it, you have to have your own space. I can’t go to these breweries that I use every day, and here, every morning when I come in, the first thing I do is I go around and taste all the beers out of all the fermenters and we can change it on the go. I haven’t been able to do that before. So that’s always been the plan.

Tell us a little bit about the inspiration behind the design of the brewery.

Jarnit-Bjergsø: The reason for the greenhouse was we had this big outdoor space, and we wanted to use [it], but we also knew that being in New York City, you have be able to put people indoors because it also gets cold. So we wanted to create this indoor/outdoor kind of feeling. When we came up with the idea of doing a greenhouse, it was like, this is the most obvious thing to do. In terms of the interior, we wanted it to look like a greenhouse, so we used mostly green and brown earthy colors just to make it feel like an actual greenhouse. We have a bunch of plants hanging.

You know, the whole design is mostly created by my wife and I. We just know what we like, and the furniture, we don’t like things to be too streamlined. We want it to be more personal and not feel like we had a design company who did it. I think we did that. The furniture’s all different, and we have stuff that we bought at antique stores. I even brought some stuff from our house at home just to make it feel like this is definitely us, you know?

I read an interview you did recently where you mentioned the idea of “treating a brewery like a kitchen and thinking like a chef.” Can you elaborate on that? How do you plan on doing that in this new space?

Jarnit-Bjergsø: I’ve been involved in the beer world for a long time, professionally since 2005, and I’ve been homebrewing since the late ’90s. And while beer has never been better than it is right now, and while the quality has never been better, I still feel like we are kind of going in a direction where everybody’s doing the same and not being that innovative. And you know, we all do pastry stouts with chocolate, cinnamon and vanilla, and we all do sours with a bunch of fruits, and we all do juicy IPAs, but one place where I feel we’re lacking a little bit is the innovation and the creativity in the savory aspect of beer-making. Not a lot of people have done that. I’m one of the few that’s ventured into that. I’ve even made beer with beef jerky and Spanish ham, and we’ve used avocado and carrots and stuff like that.

I really feel that, you know, I’m very inspired by the food world. I used to have a restaurant and I’ve worked with a lot of chefs, and if we can get that component into beer-making, I think we can do a lot more. Because right now it’s all about the sweet flavors and the fruity flavors, but if we open up to the more savory flavors, there’s a lot we can do. And I don’t see why not. People like spicy foods, why can’t we convert that into beer? It’s not easy, but it can be done. We made that carrot beer [Glazed Carrot Crockpot], and it was just very interesting and very earthy and people were like, “Is this even beer?” And I’m like, “Yeah, it is! It doesn’t look like beer, it doesn’t taste like beer that you know of, but it sure is.” That’s very inspirational to me to be able to do something like that.

That’s also why I do all these collaborations with restaurants, because they bring flavors to the table that I don’t know of. We made a beer a couple years ago with strawberry and olive, and at first I was like, “Strawberry and olive? That sounds kind of weird.” But then we did it and it actually worked really well.

Now that you’re firmly entrenched in it, what do you think the future holds for New York’s craft beer scene?

Jarnit-Bjergsø: I did an interview recently and I was asked about the best beer city in the world, and after thinking about it for a little bit, I actually named New York City as the best beer city in the world, which obviously created a lot of reactions both positive and negative. And I’m saying that because first of all, the quality of what’s being made in New York, it’s very, very high, and I think that has to do with the fact that the competition here is so fierce — not just from breweries, but bars and restaurants in general. So you have to make it good, and if you don’t make it good, you’re not gonna survive. So that makes people really, really great.

Also, all the bars and the beers that are being imported, it’s second-to-none. I don’t know a better city. We still don’t have a lot of breweries. What do we have, 40 breweries in all of New York City, a city of 8 million people? While San Diego with one million people has 180 breweries? So we’re still way behind in that sense. We have a long way to go. But I mean, I’m excited about New York. I’m excited about being able to be a part of it and maybe help push it a little bit.