The Abbreviated History of the School Lunch

By David Kiefaber
An African American girl gives thanks for a free school lunch made possible by surplus farm products bought by the Federal Surplus Commodities Corporation and turned over to local relief agencies for distribution, 1940. (Peter Killian/Library of Congress/Corbis/VCG via Getty Images)

School lunches are a ubiquitous, and occasionally disputatious, part of the American school experience, but that wasn’t always the case. In fact, up until the early 20th century, only two American cities (Philadelphia and Boston) had school lunch programs.

School lunch programs had been advocated prior to the 20th century as a charitable service for students living in poverty, and they were spearheaded by charity organizations early on. They gained popularity when the educational benefits they provided (mostly based around nutrition) made themselves known, and more school systems adopted them. 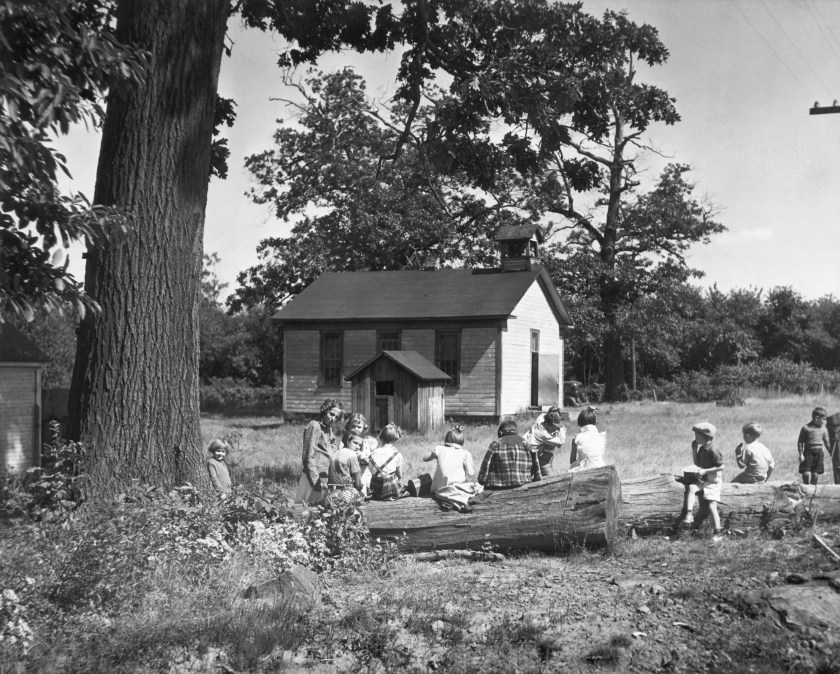 The government got involved in school lunches during the Great Depression, during which malnutrition and hunger were a huge concern. FDR’s New Deal plan included measures to buy surplus crops from farmers, who were also struck hard by the Depression, and created jobs for thousands of women who cooked for, and served, students.

Federally supported lunch programs expanded after WWII, and their budgets were expanded by both Eisenhower and Nixon. The Child Nutrition Act of 1966 was passed to provide school milk and breakfast subsidies for low-income children. 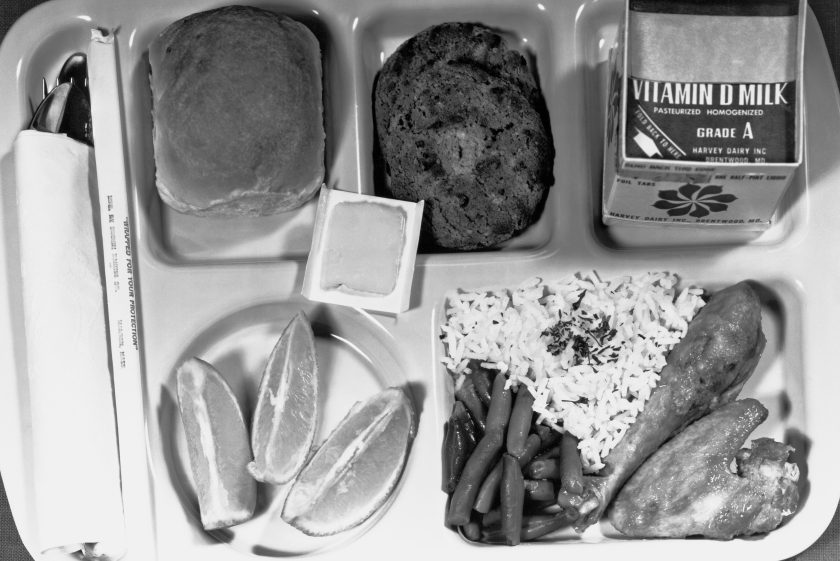 A Type A school lunch as specified by the Department of Agriculture, with a protein food, fruits, vegetables, bread and butter, and milk, Washington DC, June 1, 1966. ( Underwood Archives/Getty Images)

Deregulation and budget cuts under President Reagan saw increased privatization of school lunch programs, as well as troubling increases in child obesity. Efforts have been made since then to bring school lunches back to their original intent, and the Healthy, Hunger-Free Kids Act of 2010 allows the Department of Agriculture more oversight over the nutritional content of school lunches.

Today, the argument over school lunches is multi-faceted; are healthier lunches less palatable, and ultimately wasteful of both food and federal funding? Or are they a vital, long-term necessity that students (and their parents, and taxpayers) will grow to appreciate as they produce healthier, happier kids? The answer will come with time, which means these questions won’t stop being asked anytime soon. For more info read this recent article in TIME Magazine. 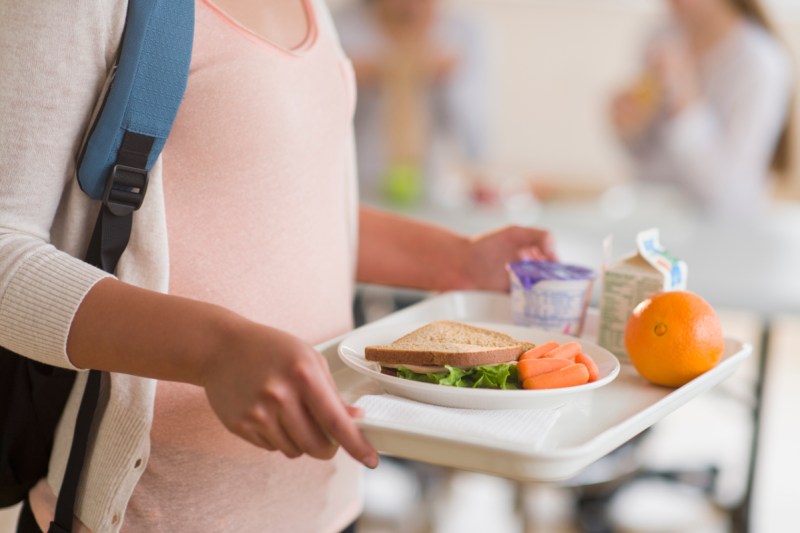