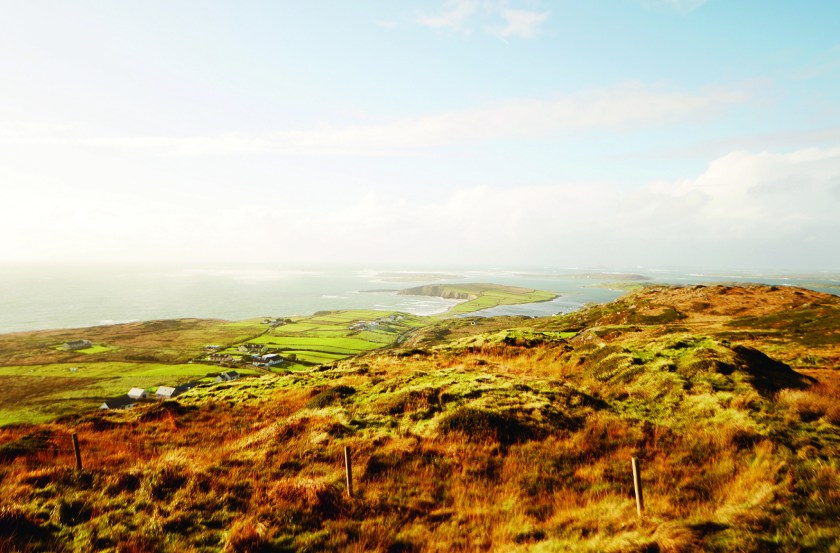 Imagine you have 42,000 acres of land offering ample venison, woodcock, snipe, and seafood. Then picture having a Michelin-starred chef at your disposal to forage and cook all of it for you. Hungry yet?

That’s exactly what Chef Damien Ring does with the help of his team at Screebe House in Connemara, Ireland. The dining staff at the luxury hotel in West Ireland, the country’s oldest, have worked together to release a cookbook, Living Off The Land in West Ireland, featuring healthy, quality meals using local products. 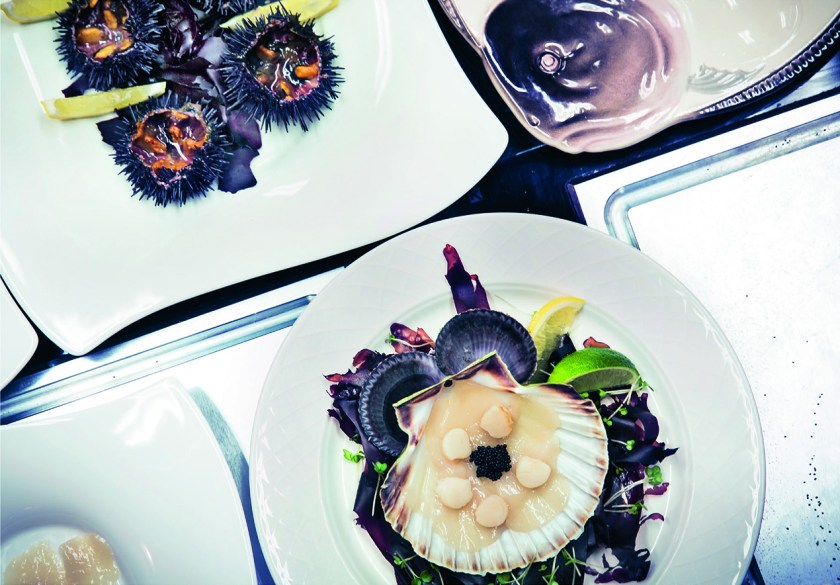 With the farm-to-table trend continuing to gain steam, RealClearLife wants you to be ahead of the culinary curve. We’re providing you with a sample of the cookbook’s recipes below. (Unfortunately, you’ll have to forage for the ingredients and cook the meals yourself.) Order a copy of the cookbook here.

Gently pound the roulades until they are flat. Clean the bell pepper, zucchini, eggplant, and red onion and finely dice them. Sauté them in 1 tablespoon of oil and season them with the salt, pepper, and cumin. Add the parmesan cheese, tomato paste, and marjoram, and cook for another 2 minutes. Remove it from the stove.

For the stock, clean, peel, and dice the carrots, celery root, ginger, and onion. Roast the vegetables with oil in a roasting dish, season them with salts and pepper to taste, and deglaze the pan with the juices and red wine. Add the spices and simmer the stock for 5 minutes.

Brush each roulade with the mustard and lay a piece of bacon on top of each one. Spread the vegetable mixture on each one and carefully roll up the roulades, securing them with string. Roll the roulades lightly in flour and sear them on all sides in the remaining oil. Put them in the hot stock and braise them over low heat for 30 minutes. Take the roulades out of the stock and pour the stock through a sieve. Remove the string and arrange the roulades on a plate with the sauce. 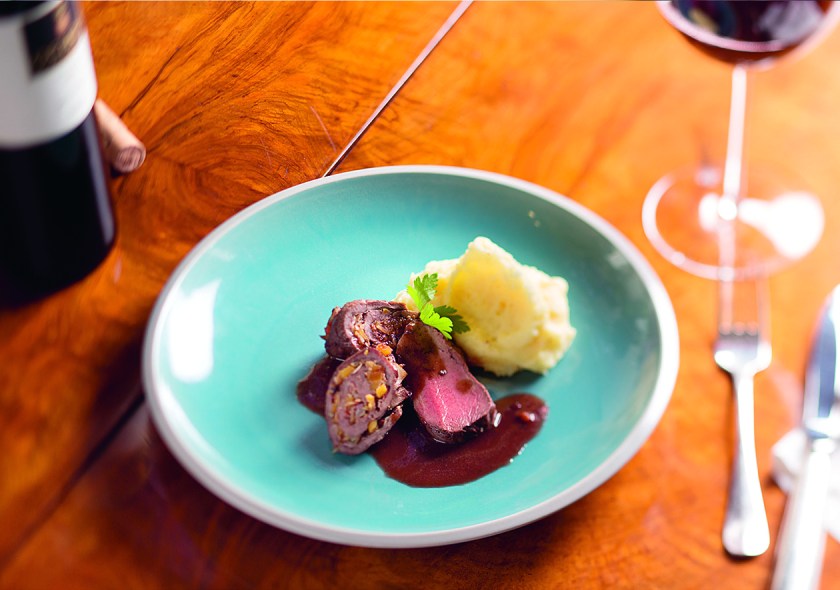 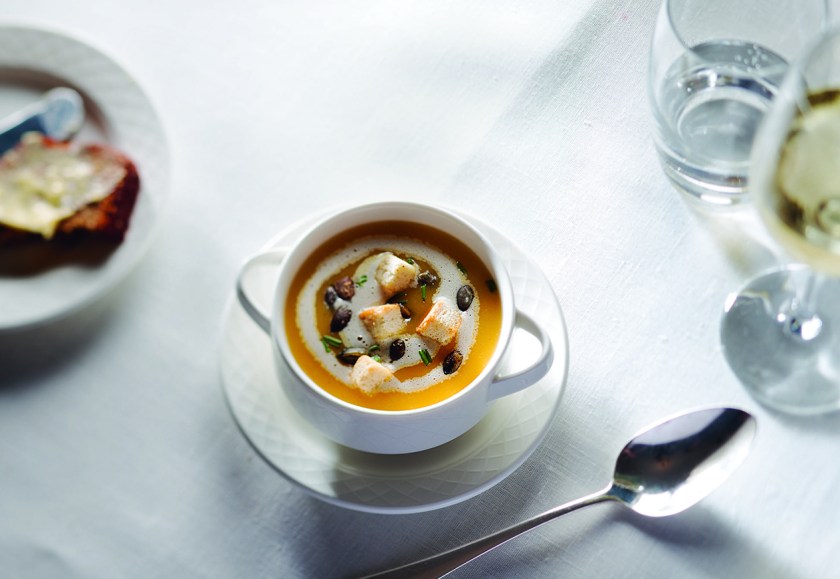 Halve the pumpkin and remove the seeds (set two tablespoons of them aside and dry them on a sheet of paper towel). Wash the halves and cut them into small cubes.

Mince the onion and sauté it in a large saucepan with olive oil until it is translucent. Add the pieces of pumpkin and fill the pan with the vegetable broth to cover the contents. Simmer the pumpkin pulp over medium heat for 15 minutes until it is soft and pulpy. Puree the mixture with an immersion blender until it is smooth. Add the coconut milk, bring the mixture to fresh boil and season it with salt and pepper to taste. 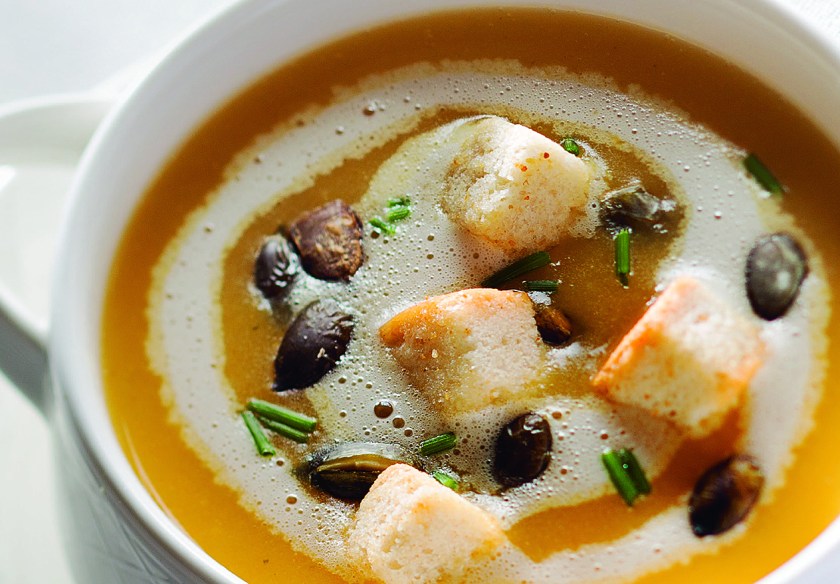