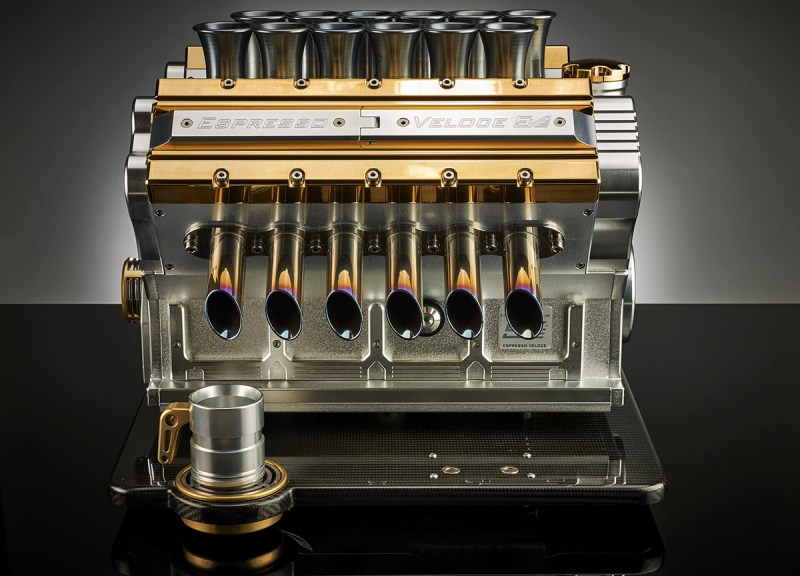 Coffee and automotive-inspired engine art meet in Super Veloce’s Aurum 18ct, one of the most luxurious espresso machines ever built.

Made with aerospace-quality, anticorodal automotive materials (titanium, carbon fibre, aluminum), the Aurum 18ct is a single serve espresso maker modeled after an early-90s, V12 Grand Prix engine. The attention to detail is impressive, with tailpipe dispensers and an oil filter grappa reservoir. The 18ct gold detailing adds a veneer of class and refinement. 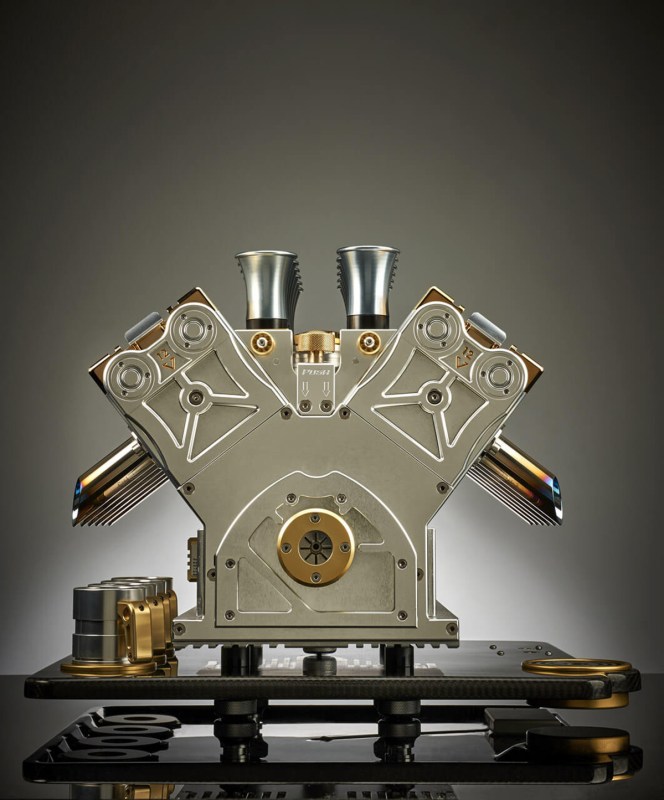 Don’t worry about finding space for it, either: the Aurum is only half the size of the engine that inspired it, so placing it in your kitchen shouldn’t be a problem.

As stylish as the Aurum is, it’s equally rare: only ten of these machines are being made, and each one comes with a numbered, gold plaque and a set of racing-inspired mugs. While Super Veloce hasn’t released any price details yet, their previous V12 model cost $16,000 and was limited to 500 units, so given its craftsmanship, scarcity, and visual distinction, this will likely cost just a bit more than your average Nespresso maker. For more information, click here. Take a closer look at it in the video below.