Everything You Need to Know About Caribbean Rum 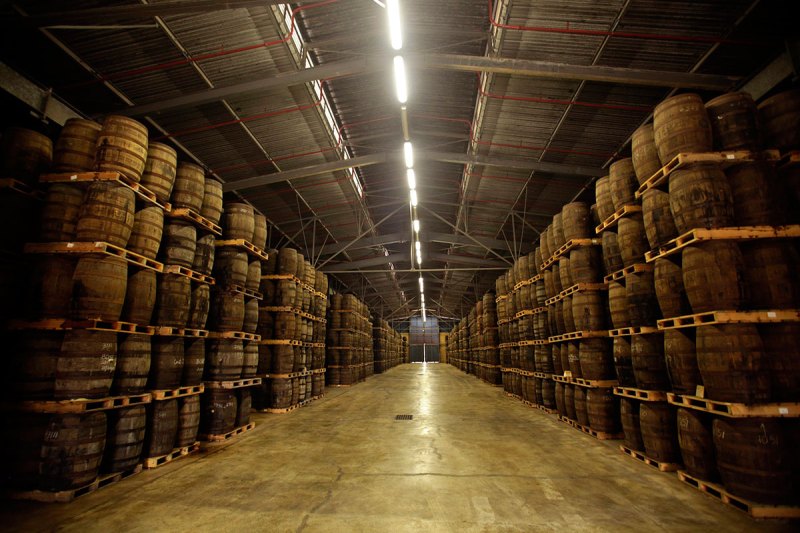 Thousands of white oak barrels with aging rum in them are stored in one of six storage houses at the Havana Club rum factory in Cuba. (Sven Creutzmann/Mambo Photo/Getty Images)

Now that you know everything there is to know about absinthe, we figured we’d dig deeper into grandpa’s medicine cabinet—this time for that oft-used bottle of Caribbean Rum.

As Liquor.com notes, centuries ago, after a sugar craze swept through Europe, colonies were set up in the Caribbean to produce it. One of sugar’s main byproducts? Molasses. At some point, it was discovered that if you distilled molasses, it became rum. The English-speaking islands are known for their darker, fuller-bodied rums, which have a dried-fruit and spicy taste to them; whereas Spanish-speaking locales produce lighter-bodied rums, which have an oaky or vanilla-y taste to them. Last but not least, French-speaking island groups are known for their “rhum agricole,” which is made from sugarcane juice instead of molasses, and has a floral, grassy taste to it.

So what’s a particularly RealClearLife-esque rum cocktail you can make for all your guests the next time you’re hosting? That would be the Rum Collins, which James Bond was served by villain Emilio Largo in the 1965 underwater thriller Thunderball. (Luckily, it didn’t have any poisonous additives in it, but Bond did find himself swimming with the sharks later on in the film.)

Shake the rum, lime juice, and sugar firmly, and pour into a glass over ice. Top off the glass with carbonated water, and garnish with a lemon and cherry.