Why Obstacle Course Racing Could Be the Next Big Sport

People compete during the fire obstacle part of the Tough Viking race on September 1, 2013 in Stockholm. (Jonathan Nackstrand/AFP/Getty Images)
By Matthew Reitman 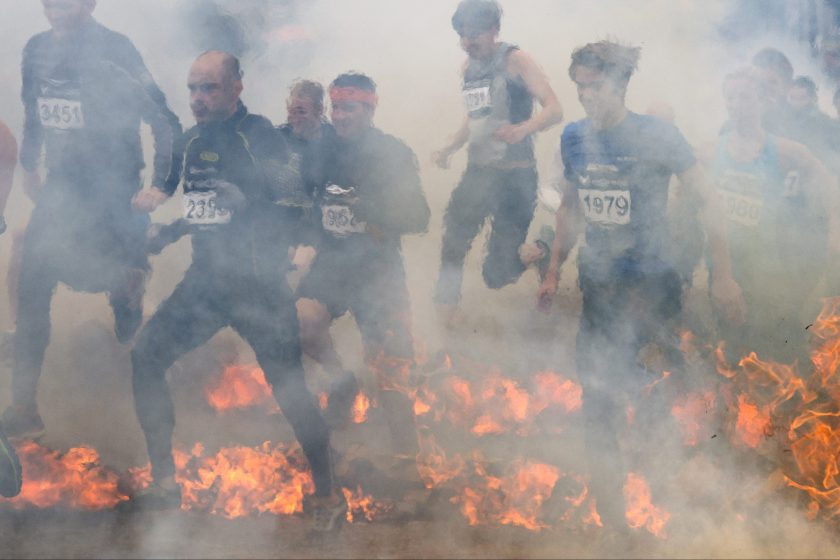 People compete during the fire obstacle part of the Tough Viking race on September 1, 2013 in Stockholm. (Jonathan Nackstrand/AFP/Getty Images)

“Gimmie a hoo-rah! Gimme a hell yeah!” a man shouts out from a podium to the hundreds of bouncing lycra-clad people below, pumping the air with their fists. “Three, two, one, GO!” A foghorn booms, orange smoke billows out, and a handful of the weekend’s 20,000 participants stream across the starting line.

What awaits is 12 miles of hills, mud, and 26 of some of the craziest and silliest obstacles designed to test physical and mental strength, teamwork and stamina. From plunging into ice-cold water and crawling through tight tubes to scaling sky-high walls and even running through a field of live electricity wires, participants are pushed to the limit on the military-style course known as Tough Mudder.

“I’ve done one before and I really enjoyed it,” said David Knowles, managing director of marketing firm bda, as he crossed the finish line with 18 colleagues at an event an hour’s drive west of London. “It’s a challenge. Going through some of the water-based obstacles, it’s been quite hard and quite tough. It takes a lot of mental endurance as well as physical.” 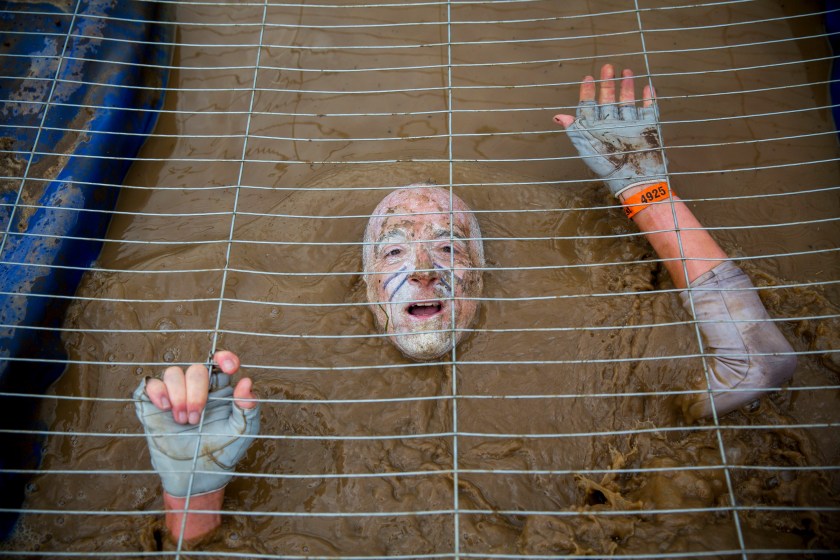 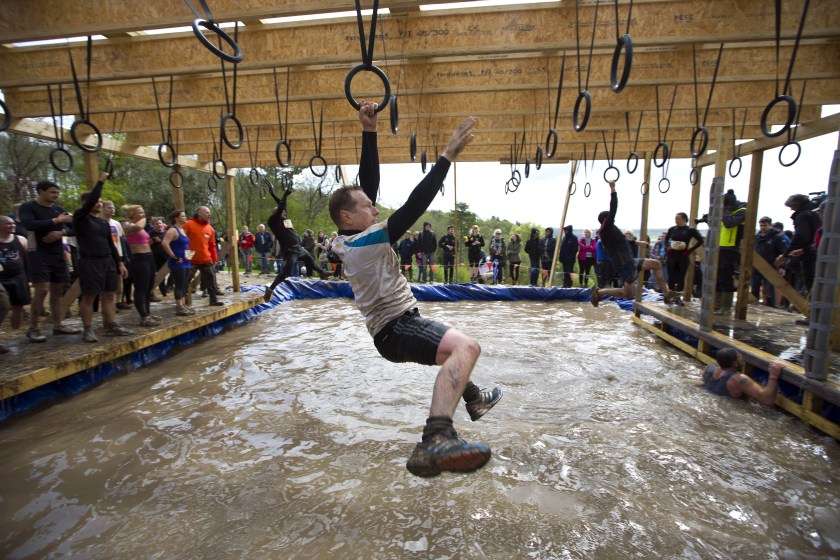 A participant traverses the hoops during the Tough Mudder endurance race in Henley on Thames, West of London, on April 26, 2014. (T Justin Tallis/AFP/Getty Images)
AFP/Getty Images

Set up in 2010, Tough Mudder was at the forefront of what Obstacle Course Racing (OCR) aficionados say is the world’s fastest growing sport. From the first three events in 2010, revenue grew 3,207 percent in five years to reach an annual turnover of 100 million dollars in 2015, and expanding to 10 countries by 2016. “All my Harvard business professors told me I was stupid and it would never work,” co-founder and CEO Will Dean shared. “But here we are now, 500,000 people doing the event this year, 2.5 million people having done the event worldwide.”

Dean was inspired to set up Tough Mudder when, during a triathlon, a fellow competitor refused to help him with a jammed wetsuit zipper. He set out to design a challenge that wasn’t timed and where teamwork was a core part of the experience. “Tough Mudder isn’t an elite event, it’s about teamwork and camaraderie and doing your best,” the executive said. “We have people here today who have serious issues, amputations, alcoholism. This is a story about people challenging themselves and being the best version of themselves.”

But for others, it is about racing. Obstacle Course Racing has exploded in recent years with a plethora of different events and themes lasting from a few hours to 24-hour marathons. According to Running in USA, an estimated 5.9 million people will participate in an obstacle race in 2016 with a 40-fold increase in the United States over the past five years. 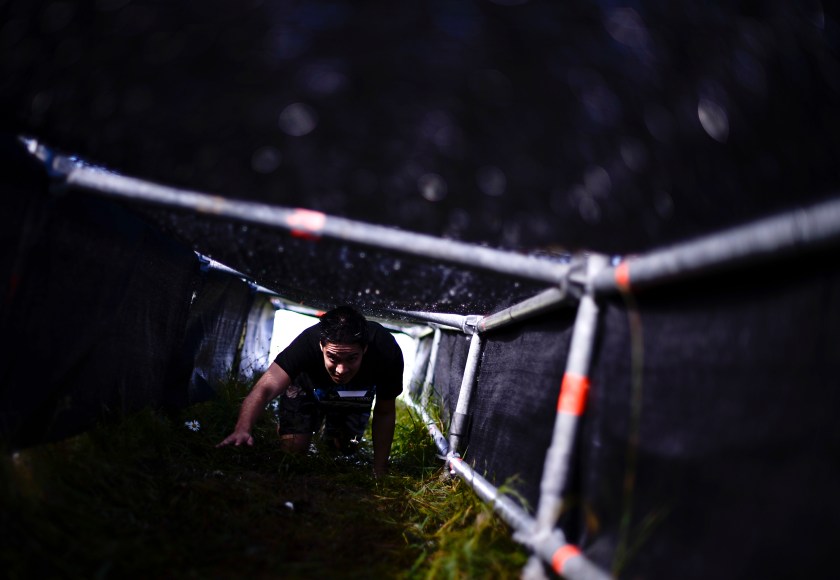 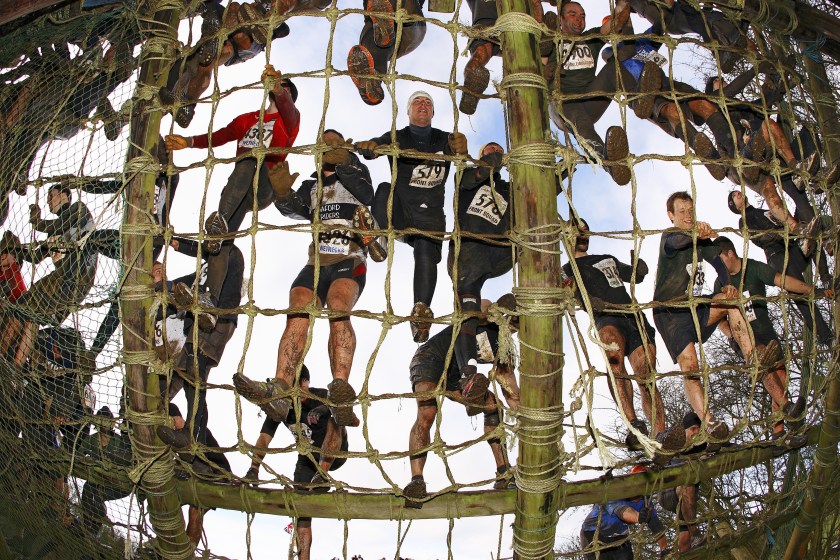 Joe De Sena began Spartan Race in 2007 with an aim to building a whole new genre of sport. “When I founded Spartan Race, I maintained from Day 1 that it would be a legitimate sport with rules, rankings, officiating, and a championship that allowed the best athletes in the world to compete against each other,” he said. In 2012, De Sena set up the Spartan World Championship and the franchise has expanded into fitness, education, nutrition, and two TV shows in the U.S.

To legitimize the sport, the International Obstacle Racing Federation (IORF) was founded in 2013. Its president Ian Adamson says the first step is international recognition but admits that many athletes and brands are pushing for OCR to be included in the Olympic and Paralympic Games.

The reigning World Champion, 27-year-old Jonathan Albon, who will be defending his title at the OCR World Championship that is set to kick off in the Blue Mountains, Canada, explains the growing appeal: “A lot of the time you’re out in the wilderness and nature, that’s really nice but then you come back to the events centre and have obstacles where there are big crowds watching which gives you a great feeling as well.” —Relaxnews

The Best Way to Fly Right Now? Let’s Call It Private-ish Travel.
Who Are the Try Guys and Why Is Everyone Suddenly Talking About Them Today?
The 7 Best Pour Over Coffee Makers
What Years of Pimping Rides Taught Xzibit About the Human Condition
The Best Cushioned Running Shoes for Men
Not a Cruise Person? These Four New Ships Might Change That.