Chapter One: James Charlesworth swears his fictional patriarch isn't modeled after his own.

James Charlesworth's new book deals with the loathing a father can instill in the children he leaves behind. (Getty Images)
Getty Images/EyeEm
By Ariel Scotti @ArielScotti

In James Charlesworth’s first novel, The Patricide of George Benjamin Hill, the author takes a hard look at the American dream and how ambitious men can wreck not only their own families, but the world around them with their insatiable scheming. In Charlesworth’s story, the book’s eponymous patriarch, George Benjamin “Big Ben” Hill is both the chaotic center and loathed absence from the lives of his four children — GB and Jamie from his first marriage, and twins Maddie and Max from his affair. In the wake of their father’s wild ambitions that ruin everything from thousands of individual lives to the national environment and economy, each sibling faces the struggle of mapping out a life. From states across the country including California, New York, Alaska, and Nevada, this epic generational saga follows the family through the landmark historical events of the Exxon Valdez oil spill, September 11, 2001, the collapse of Enron and, perhaps, a case of patricide. 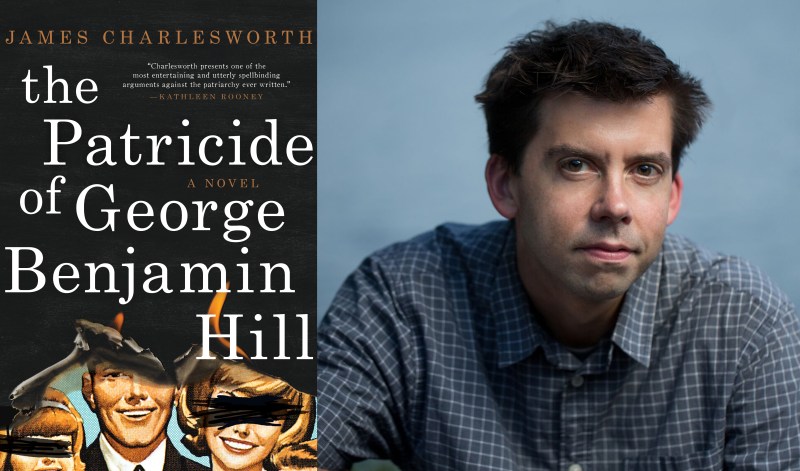 Real Clear Life: Your book follows these siblings for decades across the country in such detail; everywhere from the oil pipelines of Alaska to the neighborhoods of Miami, California, all over New York, Las Vegas, Michigan and back and forth to Nebraska. Did you spend time in any of these places? Where are you actually from?

James Charlesworth: That’s all the magic of research! I haven’t been to most of those places and am from Altoona, Pennsylvania. That’s where I grew up and lived for my whole life until I went to Emerson for grad school. I’ve been in the Boston area ever since.

RCL: So how does somewhere as distant and removed as Alaska find a home in your book?

JC: The first thing that captivated me, I was in a used bookstore in Connecticut and I came across an old pictorial essay from the 1970s about the building of the trans-Alaskan oil pipeline. For me to inhabit a place and tell its story, I need visuals and that old essay I bought for $1.50 was the visual genesis for the novel. When I found it, I had just abandoned another book I was working on that was set in only one place so I decided I wanted to incorporate a broader canvas with a broader view of the country.

RCL: Do you have several siblings scattered across the country and a father who maybe had a few horrendously selfish ambitions, or did the inspiration for George and his kids come from elsewhere?

JC: Definitely not! When I was writing the book I had my elevator pitch — this book is about four adult siblings who decide to kill their father. But my dad and I get along great and I only have one sibling. It’s a hard question to answer because my dad and I have a pretty good relationship. It was distant when I was younger, but has gotten better. My stuff has been a lot about fathers and kids and navigating that space between love and being a role model. I’m not sure why that is.

The father in this book is based on other fathers I know and, honestly, people in the news. I steal little pieces here and there but there’s no real, one person. When I’m imagining a character, I need a figure to base it upon so I’ll grab someone from my personal life and I’ll let them stand in for that character. I heard somebody say once that it’s sort of similar to how soap operas do it. Like, ‘the role of so-and-so will be played by… whoever,’ until I figure out what the character is really like. I stole that from someone.

RCL: So are George and his kids more symbolic of the pitfalls of ambition and the historical evens that happen around them? It seemed like they were each representative of how those moments in history might have affected the greater country in different geographic areas.

JC: I knew I wanted to write about this father who was this prolific, capitalist, patriarchal society figure and his children who are emblematic of the disillusionment and paranoia that being his children produces, so the idea came of having this father in the center of the country and the four siblings converging from the four corners of the country. I wanted their settings to be tied to American ideas about ambition and struggle and surviving.

I wanted to incorporate 9/11 from the beginning. I feel like it’s still so present for so many people. There were a couple of times during the book where I thought I’d have to cut those parts but it felt like such a necessary aspect to the story and this family that parallels the history of the country for 70 years.

RCL: Were you actively taking on the trope of the American dream and playing with the possible outcomes of what that idea can become? It felt like there’s no one real way for it to end up and the Hills represent how it can go badly.

JC: Back through history, the idea of the American dream was starting nowhere and making something of yourself and that’s one side of the story; and a lot of striving and ambition might get you financial success but whether or not there’s happiness in that — there’s no guarantee.

The American dream has certainly become this economic thing. It’s no longer about happiness but the pursuit of wealth and our ideas of satisfaction and contentment are so tied to wealth.

I was interested in exploring the underside of the American dream through all different settings and moments in history; I don’t know that I was intending to write a parable of sorts but I wanted the backdrop of history for the reader to use to make their own connections.