Excerpt: “Empire of Ice and Stone” Outlines One of the Most Disastrous Expeditions in Polar History

It was winter, 1914, in the Arctic Ocean. In a desperate attempt to lead Karluk ship survivors 100 miles over shifting sea ice to remote Wrangel Island, Captain Bob Bartlett makes the decision to leave the relative safety of their floating ice island and strike for land. To make it would take weeks, and they’d need to build a series of igloos en route. Bartlett and the others found themselves in a maze of fracturing floes, buckling hummocks of ice and open water leads threatening to engulf them.

The following excerpt is from Empire of Ice and Stone: The Disastrous and Heroic Voyage of the Karluk by Buddy Levy, one of the 11 Books You Should Be Reading This December.

Building a dome-style igloo took time and required great skill, so Bartlett opted for square walls four to five feet high and used the tent and canvas sled covers as a roof, with snowshoes and a ski lashed together for a tent pole. To ensure an efficient and repeatable system, after the first tier of walls went up, one man was designated to remain inside, leveling the floor and covering it with skins, and also melting ice for water. The other men built the walls, and when it was nearly complete, one man tended to and fed the dogs.

That night, after an hour and a half of work, they crawled in through a small, semicircular opening left in one of the walls. Once in, they filled the hole with a large snow block to make it windproof, punching holes in walls with their fists for ventilation. McKinlay had made tea and warmed some pemmican, and they discussed the taste and merits of the two brands as they chewed languorously, as if it were fine beef from a restaurant. The verdict: the Underwood was too sweet; the Hudson’s Bay too fatty. “I do not like either,” McKinlay said, laughing, “but I’m glad to have it!”

They huddled together, sleeping fully clothed. Bartlett had instructed everyone to leave their sleeping bags at Shipwreck Camp. They were too heavy and bulky and would take up too much valuable room on the sleds, he said. And anyway, it was dangerous to sleep in the heavy bags while on the ice. If a fracture occurred, one might get stuck in their bag, and they “hobble your arms and legs and you drown,” he’d warned. McKinlay removed his stockings and put on a dry pair, placing his boots next to him, where he could quickly get them if needed. Then he slid his feet into his footbag and laid his wet socks across his chest, hoping they might be partly dry by morning, and dozed off.

In the middle of the night, McKinlay sat bolt upright. Kataktovik was shaking him and yelling something and crawling out of the igloo. McKinlay could hear voices in the direction of Kuraluk’s igloo, but they were soon drowned out by the awful rupturing of ice, followed by jolts and shocks that rumbled beneath him. “There was an ominous grinding and crushing and our igloo was heaving,” he said. He found and pulled on his boots, and then they were all outside in the dark in “a world in torment.” Though it was hard to see, the ice was opening up just ten yards from their igloo. They scrambled to get all the sleds and their supplies to a relatively safer floe, but everything was moving all around them, the ice splitting into small pieces everywhere. “The ice was breaking up into small cakes,” McKinlay wrote, “if one did not take care to step on just the right spot on a cake, it would sway & tilt & one had to jump for it.” The darkness made these leaps terrifying, but they had no choice.

Just as they’d stashed the last of their supplies, they heard another dreadful shatter, and hurried to find that “Kuraluk’s igloo split with a roar right through the middle . . . and a lead of water just where they had been sleeping.” In the chaos, illuminated by starlight, they saw Mugpi teetering right on the edge, about to fall in, but Auntie grabbed her by the collar and yanked her back just in time. Kuraluk and his family remained calm throughout the ordeal, and when the rupturing subsided, Auntie and the girls crawled into Bartlett’s igloo to sleep as if nothing had happened.

For the rest of the night, the men walked back and forth to stay warm, halting in fear whenever the ice fractured and cleaved. “All around us the ice was breaking,” remembered Bartlett, “and at times we were on a floating island.” It seemed—as they had been in the encased Karluk and then at Shipwreck Camp—that they might just be destined for a floating island. Perhaps, thought Bartlett, this was simply their fate.

But by morning the torment had calmed, and already the ice around them was cementing together again, as if healing itself. When he thought it safe, Bartlett sent McKinlay and Kataktovik, with all the dogs and an empty sled, back to Shipwreck Camp for the fuel oil and other essentials. He wanted them to return with one of the Peary sleds they’d left there too. With their light load and a nearly complete dog team, they would be able to travel fast. He said he would wait here for a day, which should give them plenty of time for the round trip.

Later that afternoon, Bartlett took Kuraluk and scouted ahead. The night’s upheaval destroyed much of the trail the advance party had made, but there were still traces of sled tracks. As they ascended a high ice ridge, Kuraluk nudged Bartlett and handed him the binoculars, saying he could see something. Bartlett glassed southward, and sure enough, he could make out two human forms “visible against the skyline on a high rafter eight or ten miles away.” He wondered what lay beyond.

Late the following afternoon, Bartlett heard dogs barking to the north, and soon McKinlay and Kataktovik pulled up, the dogs panting and foaming at their mouths. The sleds brimmed with goods: 30 gallons of oil, 12 sealskins, and 6,000 tea tablets. Bartlett was elated and thrilled by their speed; they’d made the sixty-mile round trip in under twenty-four hours.

At midday the next day, February 28, Bartlett and his two teams caught up to Munro and Hadley’s parties. Oddly, they were coming toward them, as if headed back. Bartlett asked them what was going on. Why were they returning? Munro shook his head. “No way of going through,” he said, resigned. Chafe chimed in, confirming Munro’s report: “We separated into two different parties,” he said, drawing short breaths, “and set out in different directions to try to find a way through . . . after traveling east for two days, we were still not able to see the end.”

Bartlett told everyone to set up camp and sit tight. He needed to go ahead and see what in the hell Munro and Chafe were talking about. He mounted the highest raftered ice he could find and squinted to the south, then drew his binoculars up and scanned, almost in disbelief at the absurd monstrosity he saw. Before him, piled up as if giant waves had broken on a shore and frozen in time, was an immense wall of ice, with crenellated ridges jutting over one hundred feet high. It looked like an inland snowcapped mountain range, and as he glassed the horizon running parallel to the land beyond, as far as he could see both east and west, there seemed no end to it.

The boys were right. There was no getting around it. Bartlett took another look through the binoculars, almost to convince himself that this great barrier, this mountain range of ice, was real and not another Arctic optical illusion. Then he turned and headed back to tell the others of his decision. They were going to cut their way through it.

From Empire of Ice and Stone by Buddy Levy. Copyright © 2022 by the author and reprinted by permission of St. Martin’s Publishing Group. 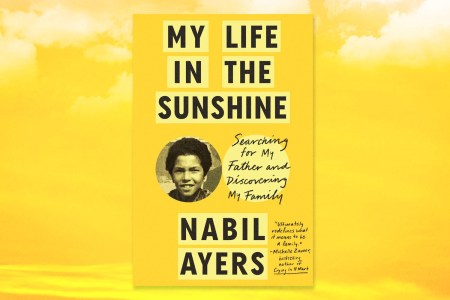 Excerpt: Nabil Ayers Journeys to Connect With His Famous Father in "My Life in the Sunshine" 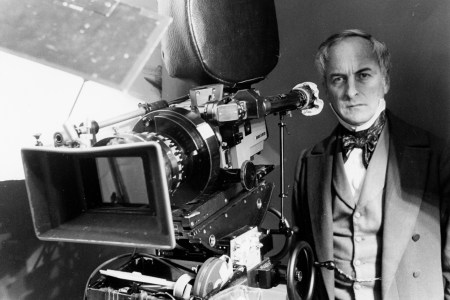