Sports Illustrated’s #MeToo Swimsuit Issue is All About Ideology

The ‘In Her Own Words’ shoot makes the personal a little too political.

It was late 1960s feminism that birthed the expression “The personal is political.” The saying does not seem to be able to be traced to any one single author; it’s an idea that is simply there. At its best, it’s a call to act with ethics and dignity, an assertion that political change starts with the self and builds upward. At its worst, it’s one of the most sinister concepts that have ever taken root in popular culture, the belief that politics have to infect everyone and everything. Everything.

It was in the bygones days of 2016 when Ashley Graham became the first plus-size model to appear on the cover of the Sports Illustrated Swimsuit Issue. She told People magazine that growing up she never had “girls who have cellulite” or “girls who have stretch marks on their body” in the press to look at. The idea that there would be any cellulite or stretch marks in a swimsuit issue or a modeling photo shoot in general beggars belief.

There is, at root, an insincerity here. There is a quick conflation between acknowledging Graham’s beauty and asserting that plus-size women can be beautiful, and then on to asserting that all plus-size women are beautiful. This is simply untrue, in the same way that not all thin women are beautiful. To paraphrase Margaret Thatcher, “Being beautiful is like being a lady: If you have to tell people that you are, you aren’t.” 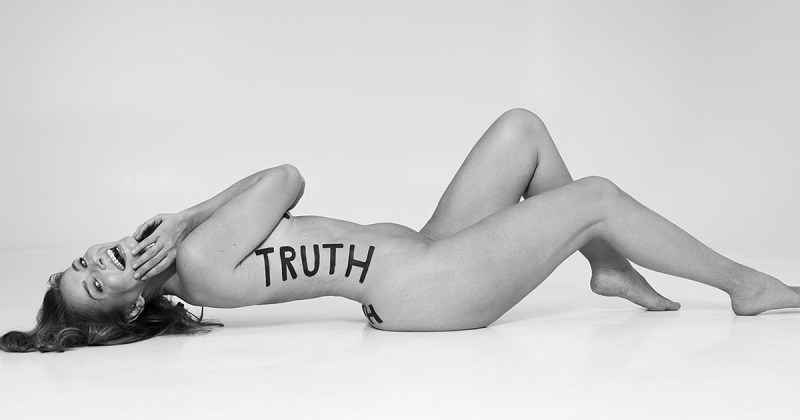 The cultural battle over what beauty is and isn’t is one of the most emotion-laden of all issues. It strikes at basic human feelings of self-worth, and our personal keen awareness of how people are rewarded for their perceived attractiveness. No one doubts that conventionally good-looking people are treated better in many ways, large and small, throughout their lives. It’s the difference between seeing a cute baby and you-know-who’s kid. But to speak with any earnestness about who is or isn’t beautiful is itself regarded as one of the ugliest things a person can say. One need not be a trained chef to be a food critic; most film critics have never directed anything in their lives. Yet to suggest that quite possibly there exist unattractive people out there is to invite all sorts of personal invective.

We have a cultural schizophrenia when it comes to women and their looks. Many were understandably offended when Hillary Clinton was judged for her appearance and/or wardrobe. There had never been a female president or female presidential candidate before. She had no precedent to fall back on, there was no “right” answer for her. The fact that her opponent has had guides to engineer his double-combover made such attacks especially rich. Kathy Griffin’s contempt for the Trump administration reached its limits when Melania was attacked for her high heels: “There are many reasons the Trump administration concerns me…Melania Trump’s shoes aren’t one of them. Not today kids,” she tweeted. On the other hand, there is strong support for judging women on their appearance in a positive sense. A female who is put together is strong; she is girl power incarnate.

This year’s Sports Illustrated Swimsuit Issue sees itself as being part of the #MeToo moment in our culture. Yes, there are infinite concerns that can capture our attention. This is just as easily a nationalist moment in our culture, or a bull-market moment, or a moment of cultural decadence and decline. The 2016 election was in many ways a repudiation that our national agenda would be set from the coasts. The proclamation that now we’re all concerned about #MeToo is precisely the sort of top-down elitism that so many find objectionable.

One of feminism’s great accomplishments was the insistence that that office secretary was a human being with a mind and values of her own, that she had every bit as much of a right to fight for a career if that was what she wanted. The idea that a woman’s highest calling is to be perceived as desirable by a man is regarded as hopelessly outdated. It is, therefore, a bit ironic that this Swimsuit Issue will feature women with slogans of the day written all over their bodies, objectified into living slates or billboards. The models are to be branded like cattle, not with the marks of a given ranch, but with the marks of a given ideology. 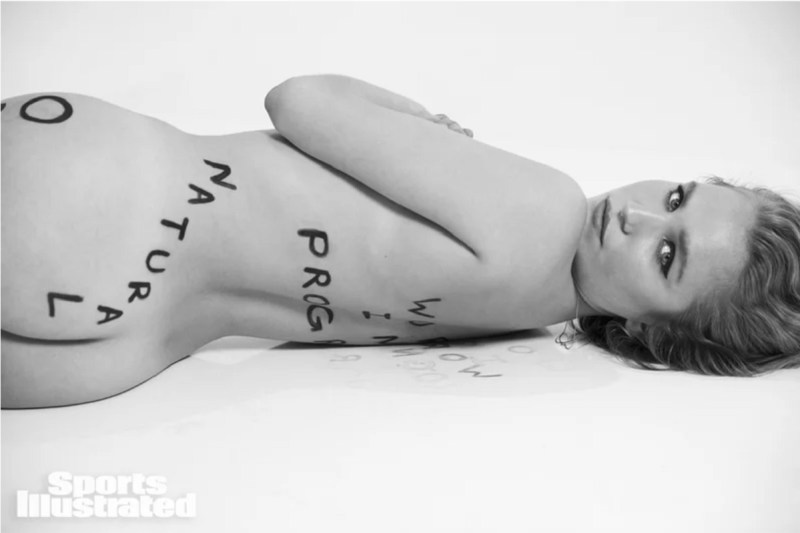 The issue also promises to feature essays from the models. In the same way that not every woman or man is beautiful, neither does every woman or man has something interesting to say. Indeed, there are probably as few people who have something of value to offer intellectually as can model a swimsuit for Sports Illustrated (let me anticipate and agree with claims the present author is incapable of both). This would be all well and good for Ms. Magazine, but this is Sports Illustrated. As Vanity Fair put it, editor MJ Day “sees it as an opportunity to continue with an idea she’s been interested in for a while: how can she use the images that you’ve come to expect from S.I. to change attitudes about women?” With movies, with football games and video games, even with the erotic imagery of the Swimsuit Issue, there is nowhere to escape this need for changing attitudes. 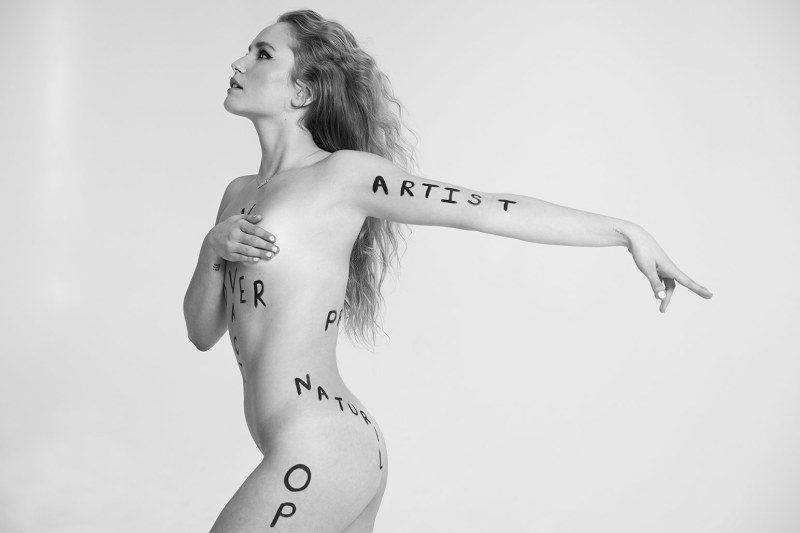 To criticize the #MeToo movement is taken as an attempt to silence women and to sweep years of abuse under the rug. It is fair to point out that claims like “there’s a time and a place for everything” are often attempts to limit discussion and allow powerful people—those who will always have access to the microphone—to get away with the same depredations that they’ve gotten away with for years. Yet sometimes the personal is just the personal and should remain so, and the Sports Illustrated Swimsuit Issue has for a very long time been an accessory to the most personal act there is.

We Tasted and Ranked 21 of the Best Pumpkin Beers
The Best New Whiskeys to Drink This October
What It Takes to Convincingly Play a Navy SEAL on Television
The Best Bars in Sitcom History
He’s Probably the Best Athlete Alive. Does Anyone Care?