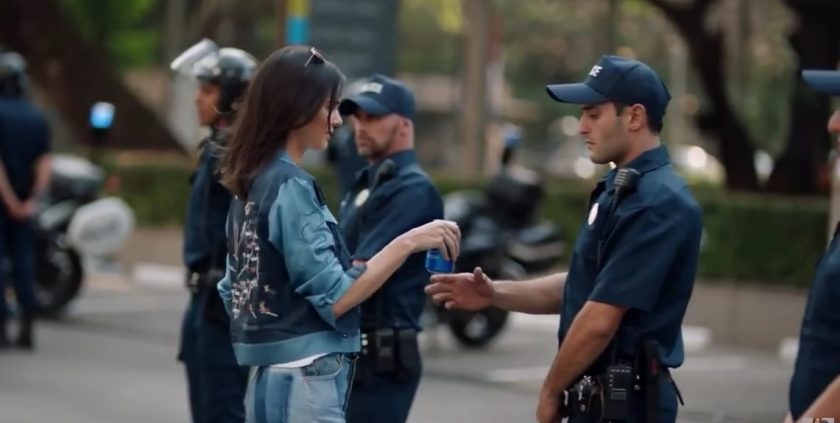 Amidst a chorus of criticism, the Pepsi advertisement starring model Kendall Jenner, which caused a furor online, has been pulled by the beverage giant.

The commercial, which Pepsi released on Tuesday and pulled a day later, sparked a major backlash on social media and in the ad industry for visuals deemed insensitive and tone deaf.

That lack of diversity in the decision making process was noticed by detractors who decried what was perceived as the commercialization of imagery from Black Lives Matters protests.

Also, per AdAge, the industry itself was less than embracing of the spot, as one exec noted. “I understand what they were trying to do: They had data that probably said 75 percent of millennials consider themselves activists, or whatever that data piece was, so we are going to embrace the idea of activism,” Benjamin Blank, CEO and chief creative officer at Uproxx Media Group, told AdAge.

But the data wasn’t translated well into the final product. Per Blank, the ad was off the mark because it was a “very broad-stroke approach as opposed to standing for something. It’s like standing for love or happiness, that’s not really a stance.”

Pepsi has since released an apology. “Pepsi was trying to project a global message of unity, peace and understanding. Clearly we missed the mark, and we apologize….We did not intend to make light of any serious issue. We are removing the content and halting any further rollout. We also apologize for putting Kendall Jenner in this position,” a spokesperson said in a statement.

Pepsi has since removed the ad from YouTube, but it’s still live on the Kendall and Kylie YouTube page. Watch it below.