It’s a hypothetical so threadbare that Jon Favreau wrote a cameo role for the Tesla founder into the script of Iron Man 2.

Now Musk has responded in kind — by hiring Hollywood superhero costumer Jose Fernandez to help design the suits for SpaceX.

Fernandez got his start working in the costume department for films like Men in Black and Batman Forever before opening Ironhead Studio, which recently handled wardrobe duties for Captain America: Civil War and Batman vs. Superman.

Now the guy who used to design suits for fictional eccentric billionaires (Bruce Wayne) will be designing suits for a real-life one.

After winning a competition to land the SpaceX space suit contract — there were four other firms with bids — Fernandez came up with a “bad ass” suit and helmet that are being reverse-engineered to withstand interstellar flight.

The look hasn’t been released, but Fernandez dropped a possible hint when he revealed what Musk kept saying during the design process:

“Anyone looks better in a tux, no matter what size or shape they are.” 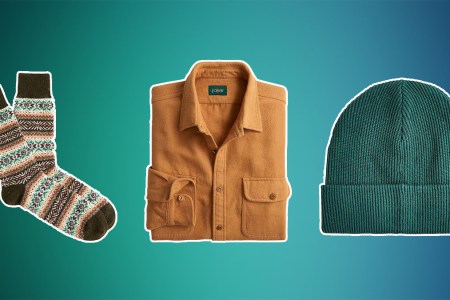 J.Crew’s Post-Christmas Sale Is No Joke