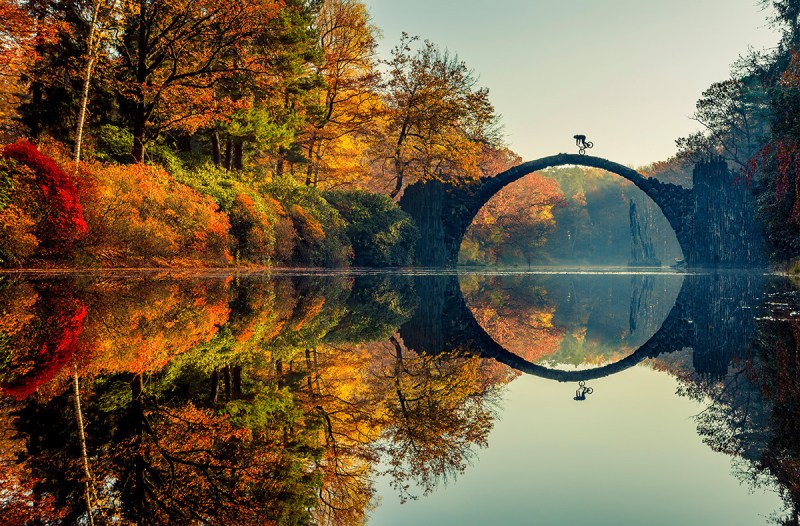 Red Bull Illume held an international photo contest focused on action and adventure sports images, and the results are in! The 55 finalists, 11 category winners, and one overall winner were selected from over 34,000 photographs submitted by 6,000 photographers from 120 different countries. 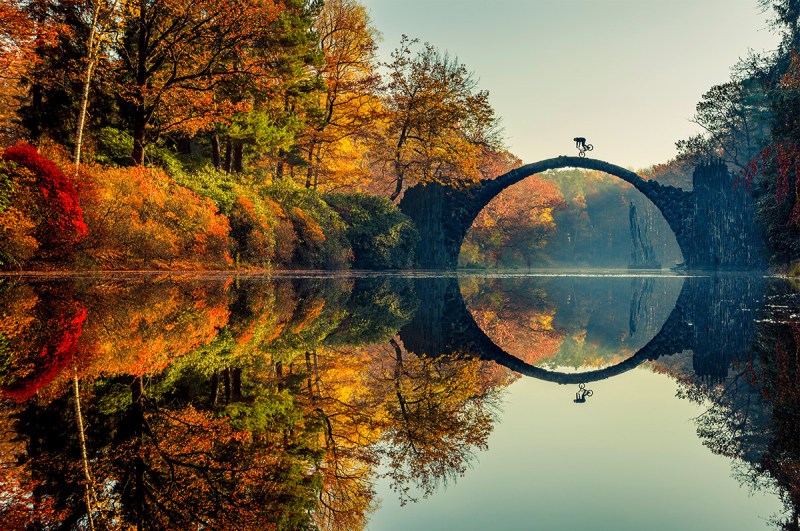 Lorenz Holder’s beautifully composed shot of BMX cyclist Senad Grosic’s ride over a bridge in autumn won the Overall prize, as well as the Athlete’s Choice award. This marks the second time Holder has been the contest’s overall winner. 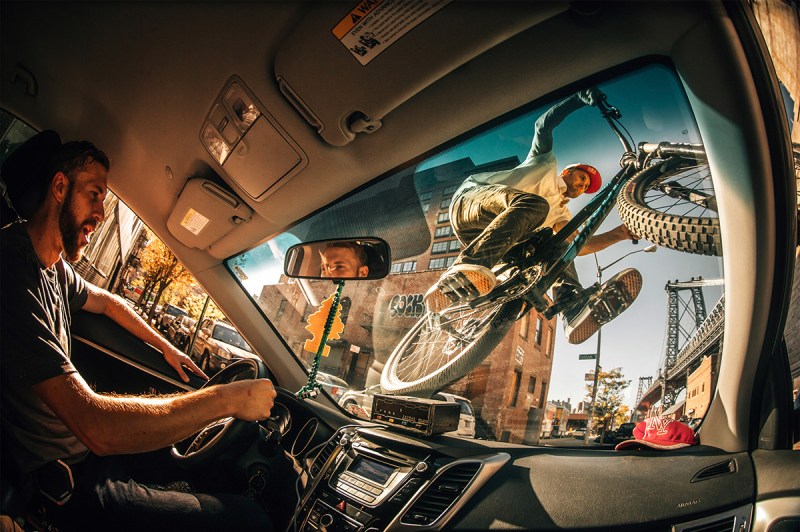 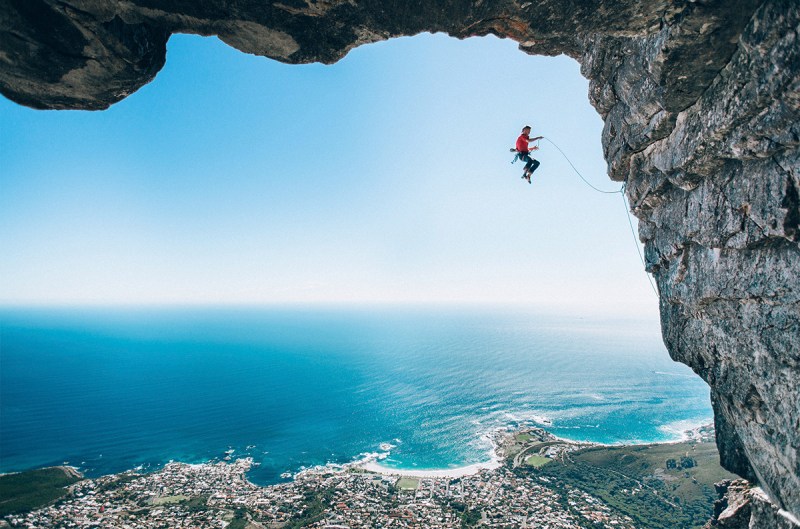 The Winds prize was claimed by South African photographer Micky Wiswedel for capturing a glorious, mid-fall shot of mountaineer Jamie Smith, who was finding a new route on Cape Town’s Table Mountain. 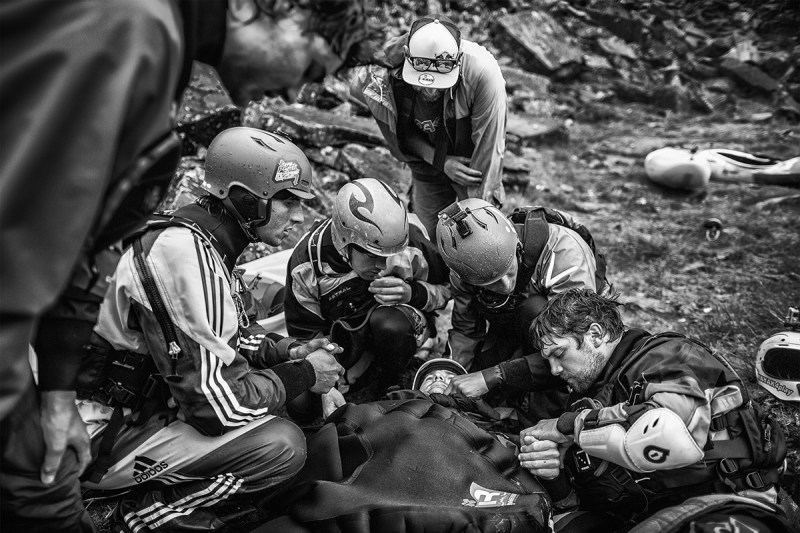 New Zealand’s Dean Treml won the Spirit category with this black-and-white shot of a group of kayakers coming to the aid of team member Josh Neilson, who took a bad fall off Matze’s Drop in Norway.

The winning photos are the subject of a touring exhibit that’s making stops in Chicago, Toronto, Yonkers, NY and San Francisco. Check Red Bull Illume’s website for more information and further tour dates, and also for a gallery of more photos from the contest.