(Hulton Archive/Getty Images)
By Will Levith

The “Holy Grail” of comic books is hitting the block at Heritage during its August 4-6 “Comics, Comic Art, and Animation Art” auction. That would be a copy of Action Comics No. 1, which features the first appearance of Superman. The book is the highest-graded copy Heritage has ever offered at auction and is completely unrestored. Check out their copy below. 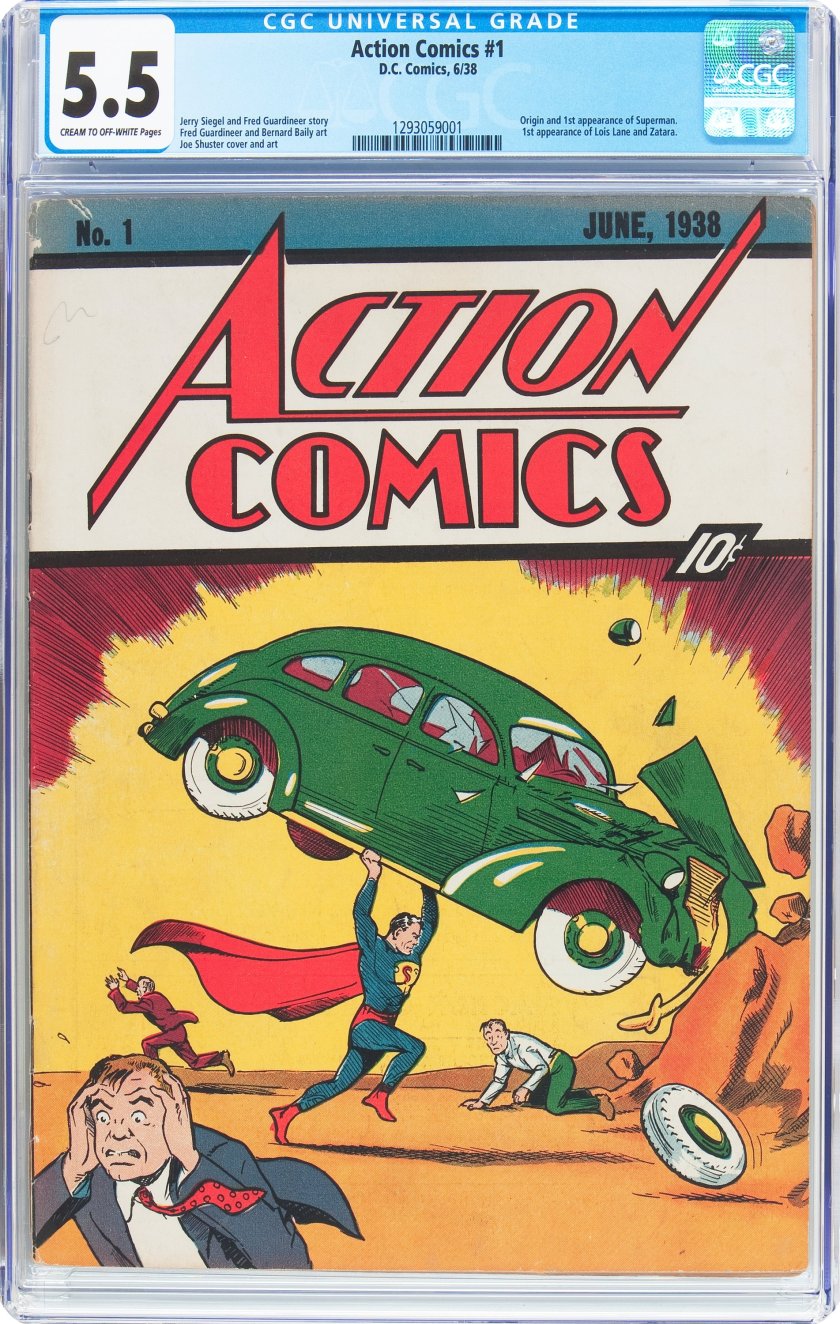 As we mentioned back in June, some comics have been outperforming traditional investments. For instance, in 2011, actor Nicholas Cage sold his copy of Action Comics No. 1 for $2.16 million and just three years later, another copy went for $3.2 million. Per GoCompare.com, the book tops all other comics in terms of percentage price gain since 2008, having jumped 344 percent in that time. (It’s worth noting that it originally sold in 1938 for 10 cents.)

While Heritage’s copy is not quite in as good condition as the $3.2 million copy, the copy has already reached an online bid of $500,000 and is sure to increase from there through Aug. 6. Register a bid here. View all the auction’s other lots here. Watch Heritage’s Barry Sandoval talk about all the hottest lots in the auction below.