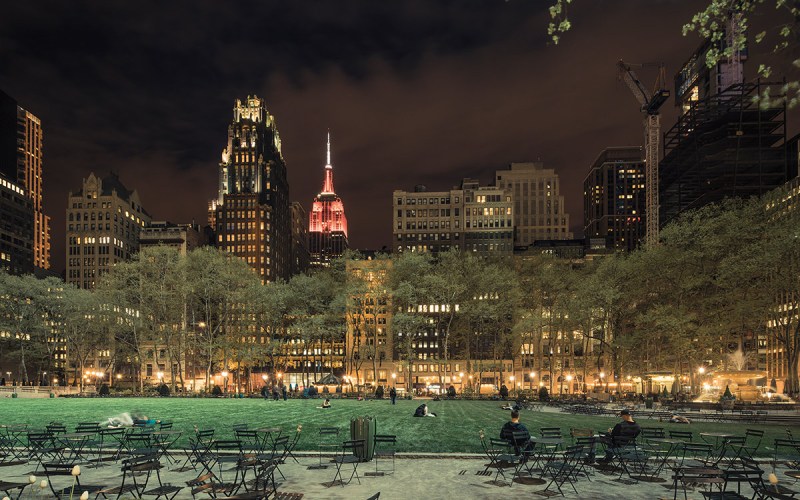 Sometimes it takes an outsider’s perspective to see a familiar location in a new way. French photographer Franck Bohbot does exactly this with his new book Light On New York City, which captures the Big Apple in his cinematic vision using the interplay of light and color.

Bohbot began his career on film sets as a still photographer, and that experience shines through in his latest body of work. The man acknowledges as much, saying “the formal and aesthetic influences of the cinematographic form unsurprisingly continue to underlie [my] present work.” 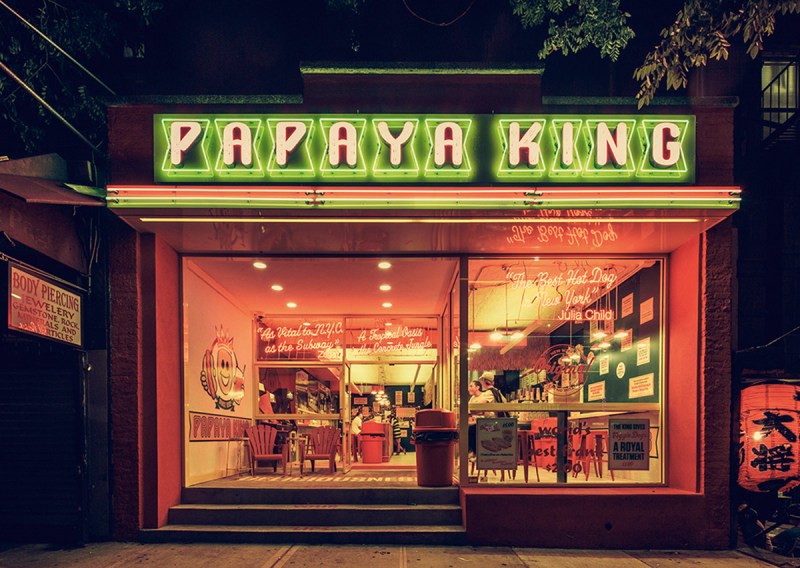 In Light On, Bohbot uses color as a vehicle to see modern public spaces, street scenes, and iconic buildings in a nostalgic light. The book stems from a photography project that began in 2013, documenting nighttime facades and storefronts that boast neon marquees and signage.

In the process, Bohbot manage to capture these locales, in all their kitschy glory, with a melancholy pallete reminiscent of Edward Hopper’s painting. In fact, the French photographer’s images sometimes feel like paintings themselves due to their seemingly-artifical representation of reality.

Light On New York City features one hundred of Bohbot’s archetypical landscapes portrayed in a timeless and hyper-realistic fashion. The photo book makes an excellent gift for fans of contemporary urban photography, lovers of New York, or even admirers of magic realism.

You can purchase the book here, but before you do, feel free to enjoy a visual preview below. 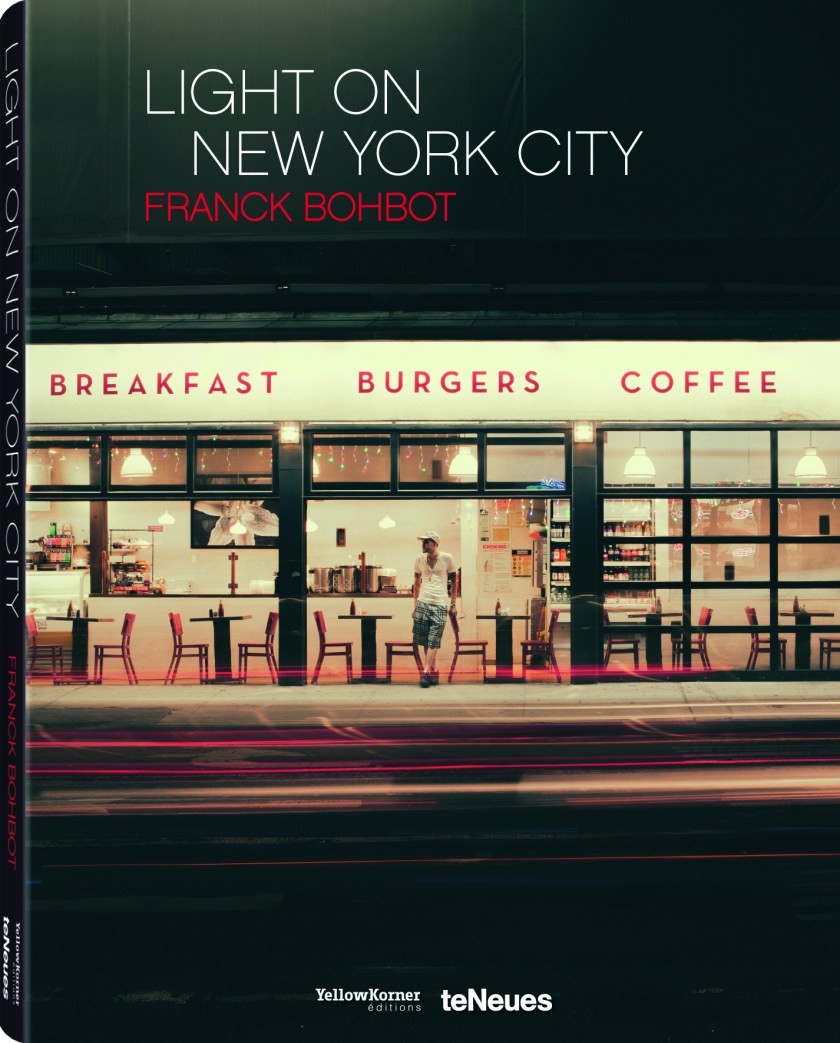