Detail of an ancient shark tooth sword from the South Pacific are displayed as part of the Arts of War exhibit at the Peabody Museum of Archaeology & Ethnology at Harvard University in Cambridge, Mass., Thursday, Oct. 13, 2016. The Peabody, one of the oldest and largest museums in the world focused on the study of societies and cultures, turns 150 years old this month. (AP Photo/Charles Krupa)
By Will Levith 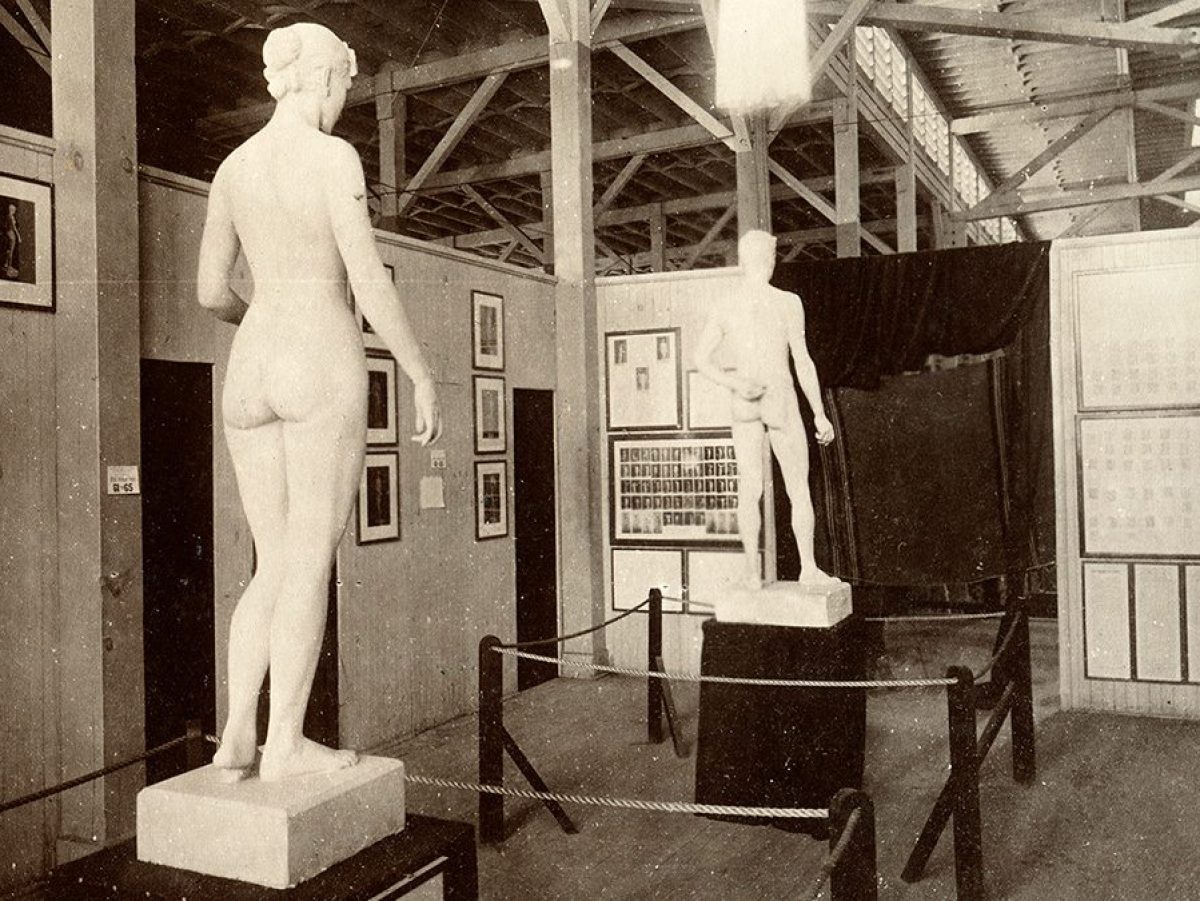 Sculpture of ‘Average Male and Female Students’ on display at 1893 World’s Columbian Exposition. Created from Dudley Sargent’s extensive measurements of thousands of male and female students, primarily from Harvard and Radcliffe, these two statues were presented at the World’s Fair as the embodiment of the ‘typical’ American male and female student (Peabody Museum of Archaeology and Ethnology/President and Fellows of Harvard College)

Harvard University’s Peabody Museum of Archaeology and Ethnology is celebrating its 150th anniversary next year on April 17, 2017, by opening a new exhibit of 600 artifacts, many of which have been sitting in the museum’s vaults for decades and will see the light of day for the first time ever.

Arranged in a new fourth-floor gallery, the exhibit includes objects from Asia, Oceania, and the Americas—which are part of a collection of artifacts started by the museum’s second director, Frederic W. Putnam, who first introduced American anthropology to the masses at the 1893 World’s Columbian Exposition (i.e. the Chicago World’s Fair). Some of the artifacts were part of Putnam’s display at the actual event, which celebrated the then 400th anniversary of Columbus discovering the New World (for five months, 46 countries participated in the fair, which among other attractions, saw the unveiling of the world’s first Ferris wheel). 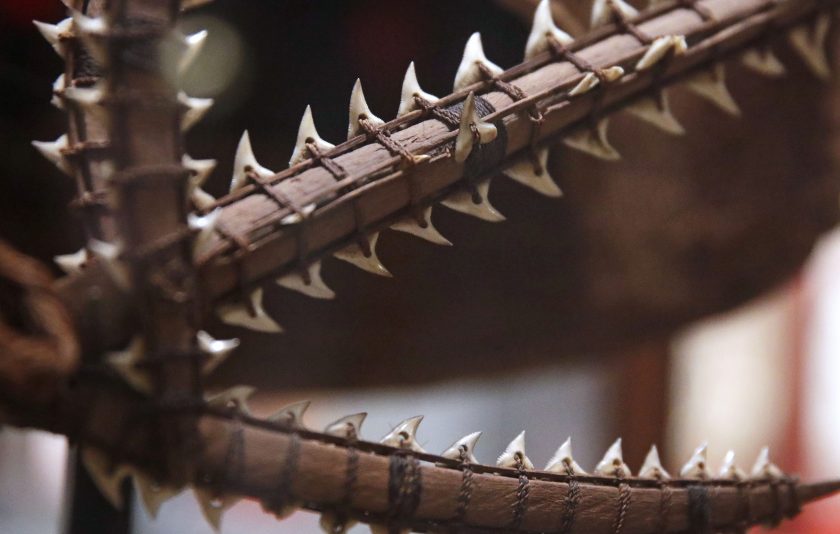 Detail of an ancient shark tooth sword from the South Pacific are displayed as part of the Arts of War exhibit at the Peabody Museum of Archaeology & Ethnology. (AP Photo/Charles Krupa)

Some of the featured artifacts will include the dog sled used by Admiral Robert Peary during his early Arctic explorations, exotic items traded by 1700s ship captains in Boston, and pieces of artwork excavated from Ohio’s Turner Mounds.

For more information on the upcoming exhibit, click here. Scroll down to preview more artifacts that will be on display in next year’s exhibit. 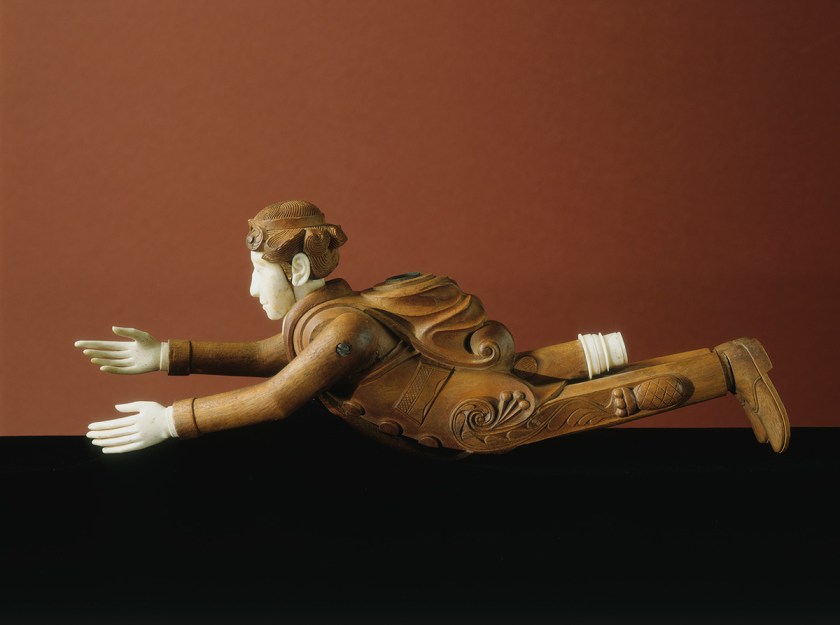 Haida Effigy Pipe, carved from wood and ivory, with hinged arms; Queen Charlotte Islands, British Columbia, Canada, circa 1840. Native American impressions of their non-Indian partners in the Boston China trade can be seen in the objects they created for the wider market (Peabody Museum of Archaeology and Ethnology/President and Fellows of Harvard College) 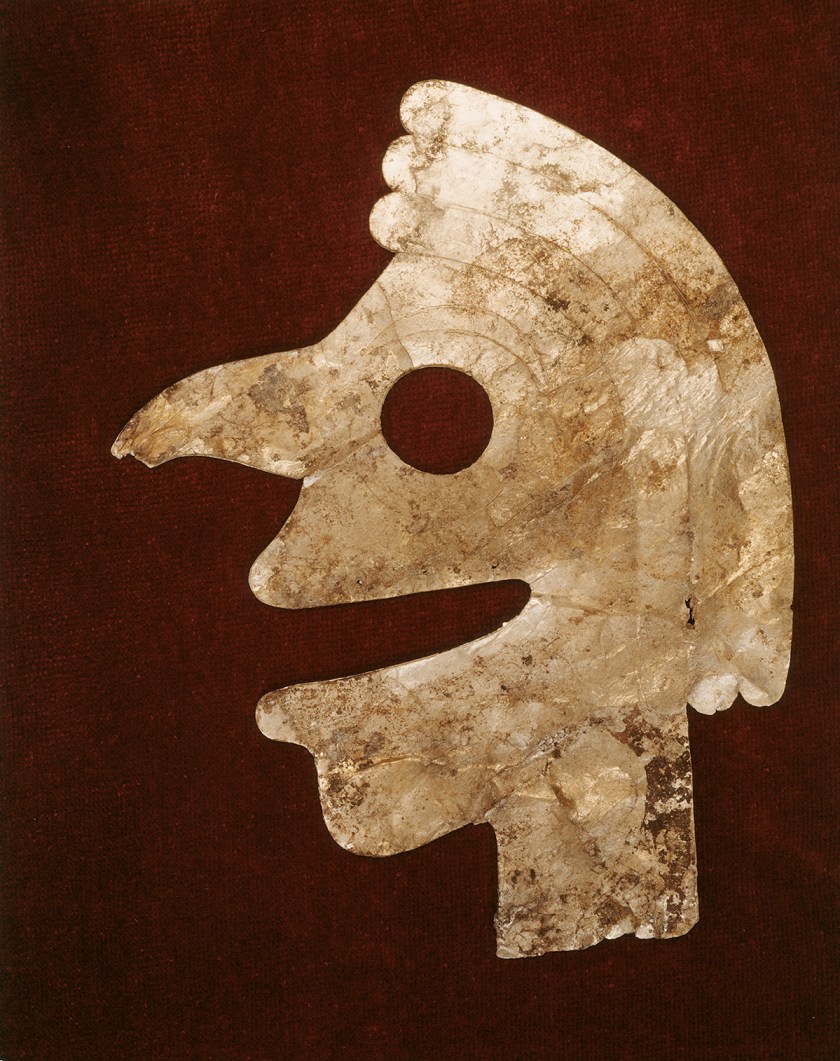 Hopewell face effigy made out of mica, excavated from the Turner Mounds in Ohio. Dates from 200 B.C.–A.D. 500. Native peoples of Ohio crafted delicately cut effigies, such as this human face, from sheets of mica during the Hopewell period. This effigy was recovered during archaeological investigations at the Turner Mounds conducted by Frederic Ward Putnam and Charles L. Metz, and was exhibited at the 1893 Chicago World’s Fair (Peabody Museum of Archaeology and Ethnology/President and Fellows of Harvard College) 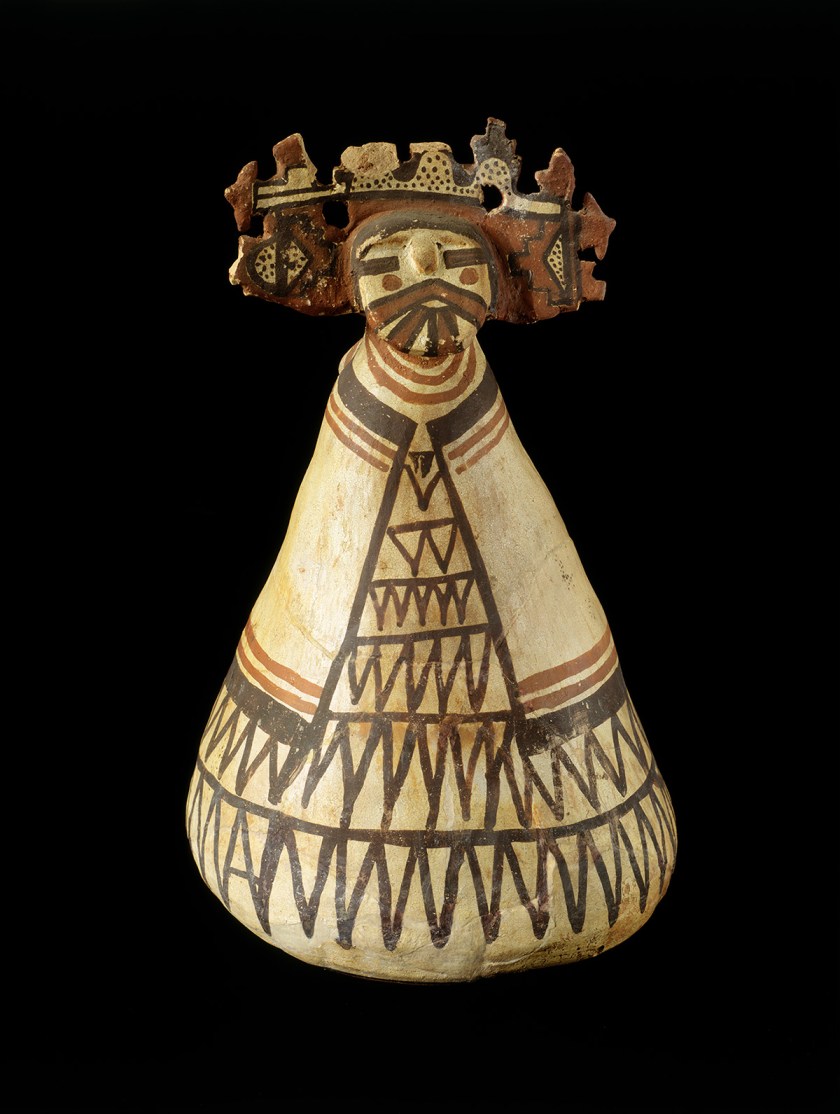 Pueblo Sa’lakwmana ceramic effigy pitcher from Hopi country in Arizona. This figural water pitcher representing a female katsina, or spirit being, was one of 1,500 ceramic vessels made by Hopi Indian women that the Peabody Museum purchased from Arizona trader Thomas Keam in 1892 (Peabody Museum of Archaeology and Ethnology/President and Fellows of Harvard College)