Get to Know the Most Expensive Living American Artists

A painting by Edward Ruscha 'I Can't Not Do That' dominates a room of objects up for auction at Sotheby's in 2015 in London. (Peter Macdiarmid/Getty Images)
By Will Levith

When sitting in on an auction, it’s good to know which artists will be the best investments before raising that paddle. You don’t want to bid on a piece, win it, and then be stuck with something that decreases in value.

Beyond the money question, there’s an equally important matter of aesthetics. After all, you only have so much wall space.

And lastly, you just need to know the artists—what they’re about and known for. Heck, you could actually get to know these American artists personally, because they’re all still alive.

RealClearLife has curated a primer of the five living American artists you’ll find at the tippy top of the auction spectrum (i.e. the ones who’ve garnered the highest prices in recent history). We’ve included sales from both Christie’s and Sotheby’s to back our claims.

Jeff Koons – Koons is the high-end art world’s version of the guy who twisted balloon animals at your fifth birthday party. Except he’s not a clown and his ones go for a lot more than “free.” Looking at Koons’ recent auctions on Christie’s, it’s clear why he tops off the list: “Balloon Dog (Orange)” sold for a staggering $58.4 million in 2013; “Jim Beam – JB Turner Train,” $33.8 million in 2014; and “Tulips,” $33.7 million in 2012. See all of Christie’s past Koons auctions here. 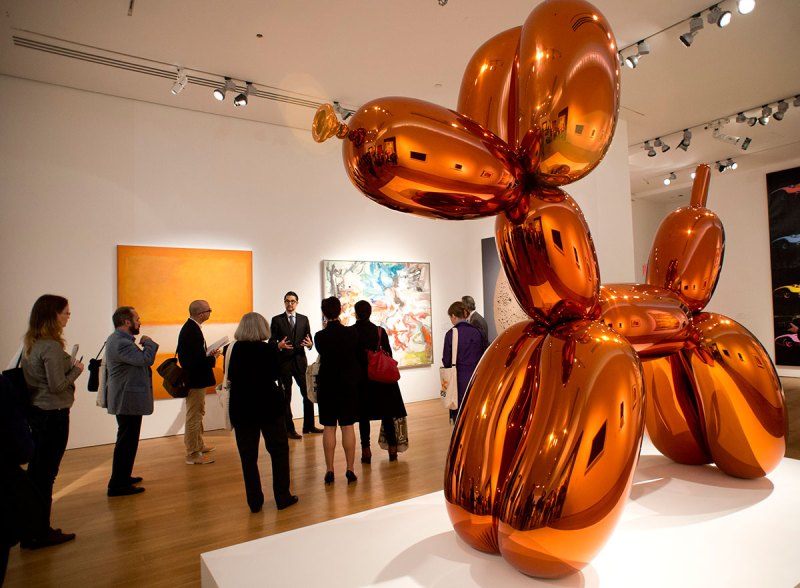 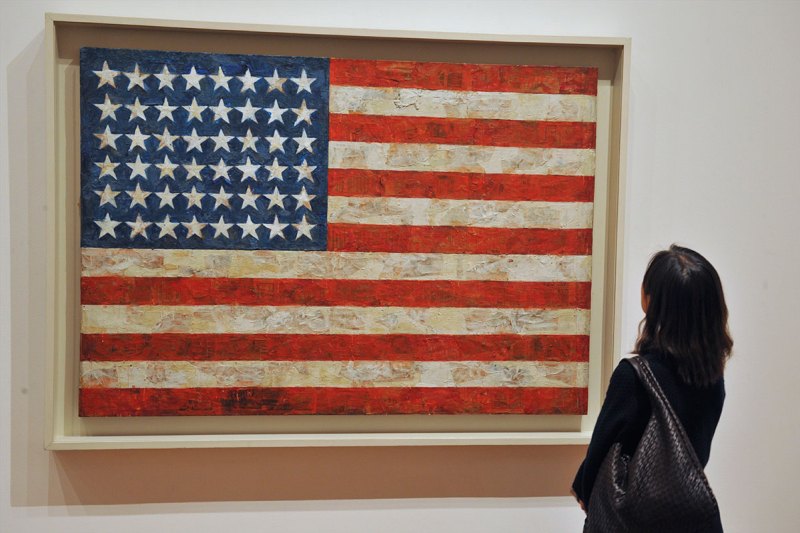 A museum goers admires Jasper John’s ‘Flag’ at the Museum of Modern Art in New York City. (In Pictures Ltd./Corbis via Getty Images)

Ed Ruscha – Pop artist Ruscha (pronounced roo-SHAY) is best known for his advertisement-like pieces that make use of written words and phrases, as well as his surrealist leanings. A piece entitled “Smash”—it actually has the word on it—realized $30.4 million at a 2014 Christie’s auction. 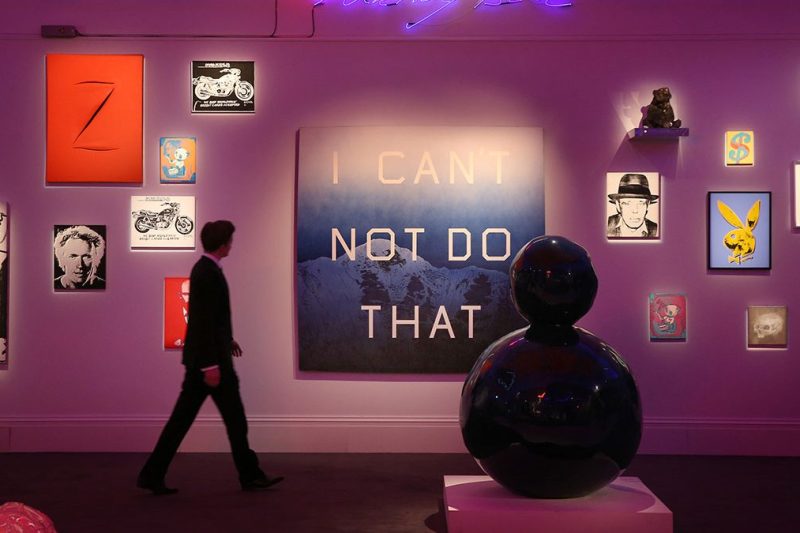 A painting by Edward Ruscha ‘I Can’t Not Do That’ dominates a room of objects up for auction at Sotheby’s in 2015 in London. (Peter Macdiarmid/Getty Images)

Christopher Wool – Known for his large stenciled black letters on white canvases, Wool’s work “Untitled (Riot)” sold in a 2015 Sotheby’s auction for just under $29.9 million. Just imagine it in the wall facing your front foyer. Sort of impossible not to notice a statement like that. 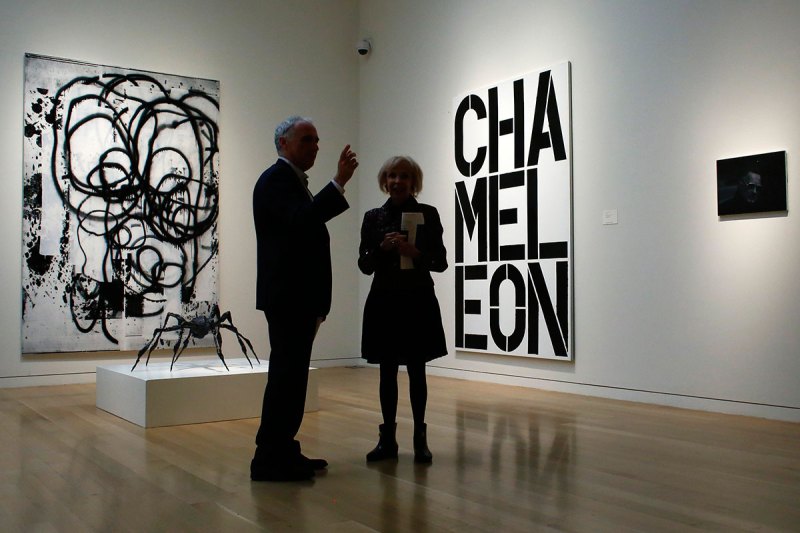 People stand next to the artwork entitled ‘Untitled (Riot),’ painted by artist Christopher Wool (at right) in 2016 at Sotheby’s in New York. (Kena Betancur/AFP/Getty Images)

Robert Ryman – A minimalist painter who deals in the monochrome, Ryman’s best known for his white-on-white pieces. If you’re an aesthete who needs your colors to pop, Ryman’s probably not for you. But if you’re looking for a good investment, look no further than his “Bridge,” which sold last May for $20.6 million in a Christie’s auction. 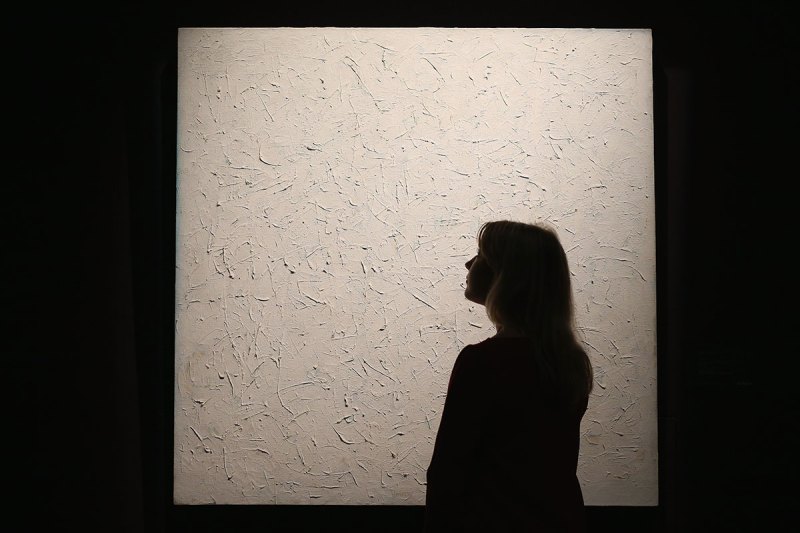