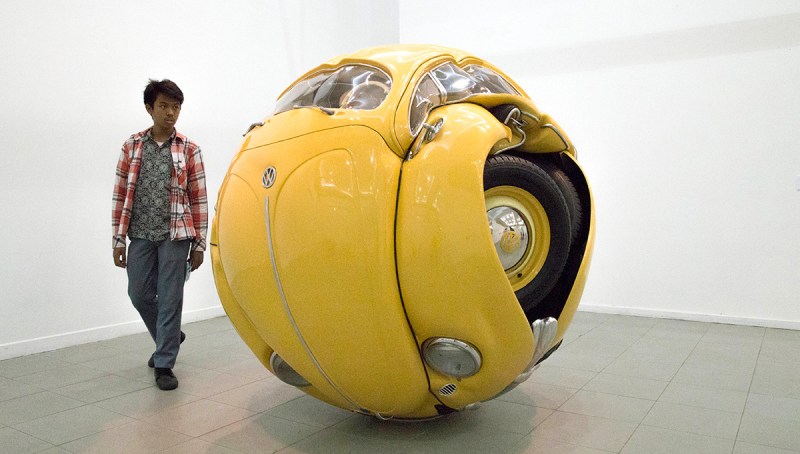 There’s something striking and artistic about the contents of a junkyard—the twisted, split, melted, folded, bashed, and smashed remains of automobiles could easily be objects in surrealist works by Salvador Dalí or Pablo Picasso.

At some point along the way, that thought may have crossed Indonesian sculptor Ichwan Noor’s mind. Case in point: He takes the original parts of vintage VW vehicles and reshapes them into spherical or cubic sculptures, creating the effect that they’ve been squeezed or squished. Said Noor of the production of his 1953 VW Beetle sculpture (the top sculpture below):

“I took the shape of the VW Beetle, which is an oval, and returned it to its basic shape, a sphere. I modeled and molded the work using cast aluminum then added original VW parts to ensure people recognized elements of the classic car even though they aren’t seeing it in its usual context[.]”

For more of Noor’s mind-bending work, click here. At the bottom, watch a short video on how his “Beetle Box” sculpture (the second image below) was staged for a gallery opening.