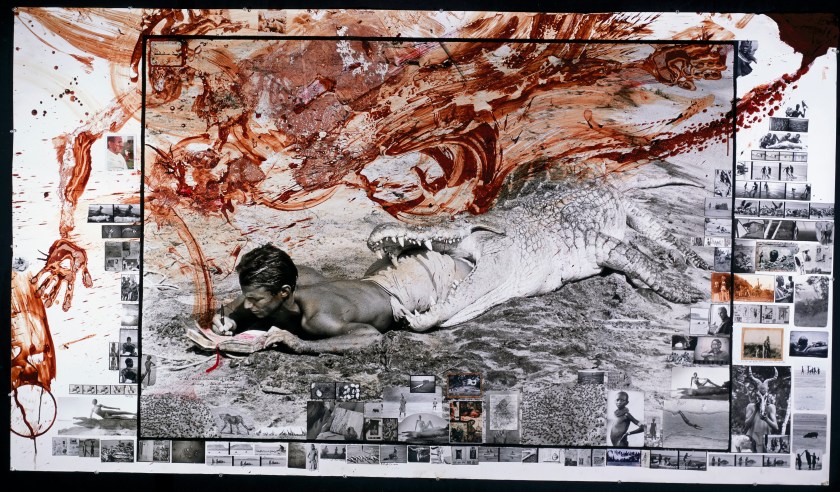 Perhaps at the nexus of more pop culture icons than any other renowned photographer, Peter Beard made the rare and beautiful seem approachable, yet still stunning. Beyond this, Beard lived a life more exciting than many of his subjects, with experiences ranging from traveling with the Rolling Stones to working with Warhol and Dali. Literally a pioneering fashion photographer, Beard photographed model Veruschka in Kenya for Vogue and discovered Iman while traveling in Nairobi, bringing her back to the United States with him. He was even briefly married to supermodel Cheryl Tiegs during the 1980s. His life a postcard of mid-century Americana, Beard is revered for both his fashion and wildlife work. 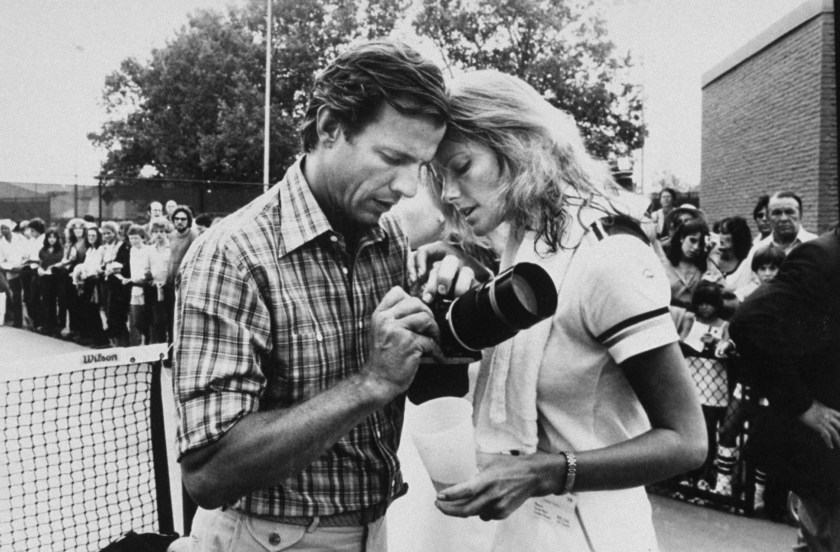 The American photographer’s love for adventure and animals led him to Kenya in the early 1960s, where he befriended Out of Africa author Isak Dinesen (Karen Blixen) and started taking pictures. Bearing witness to a much different country than Beard imagined, he began documenting the exploding population in Kenya and the strain it was placing on local resources–including the wildlife. It was these works that caught the eye of artist Francis Bacon, who would feature Beard as a subject in his painting and say of Beard’s work: “The most poignant are the ones of decomposing elephants where, over time, as they disintegrate, the bones form magnificent sculpture—sculpture which is not just abstract form but has all the memory traces of life, despair and futility.” 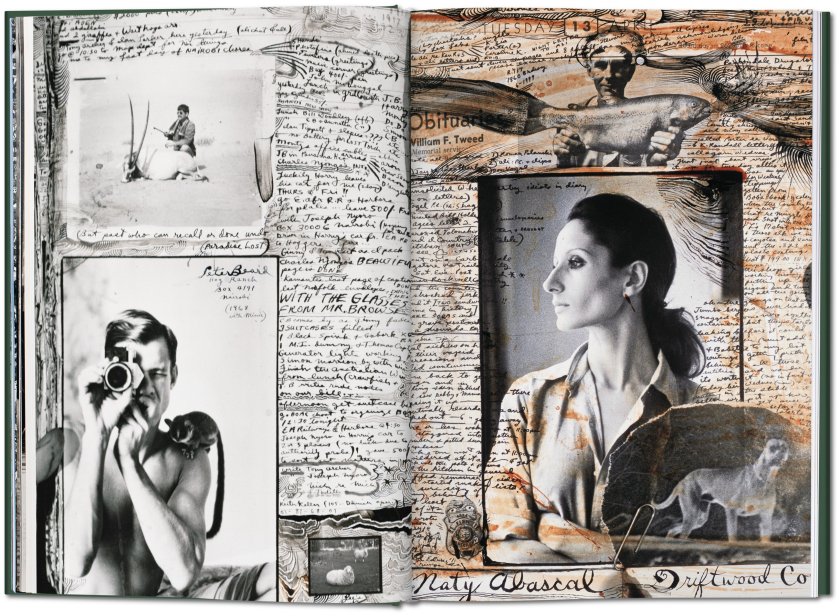 In addition to his pictures, the photographer began recording his thoughts in prose and collage. Often handwritten and gritty, he published his works in this unconventional style. Curated and bound in an opulent tome, Beard’s works were published in a collector’s book with 200 pages of diaries and 294 pages of collages as well as five fold-outs. Hundreds of smaller-scale works and diaries fill the remaining spreads—magnified to show every detail, from Beard’s meticulous handwriting and Old Master-inspired drawings to stones and bones and bits of animals pasted to the page. 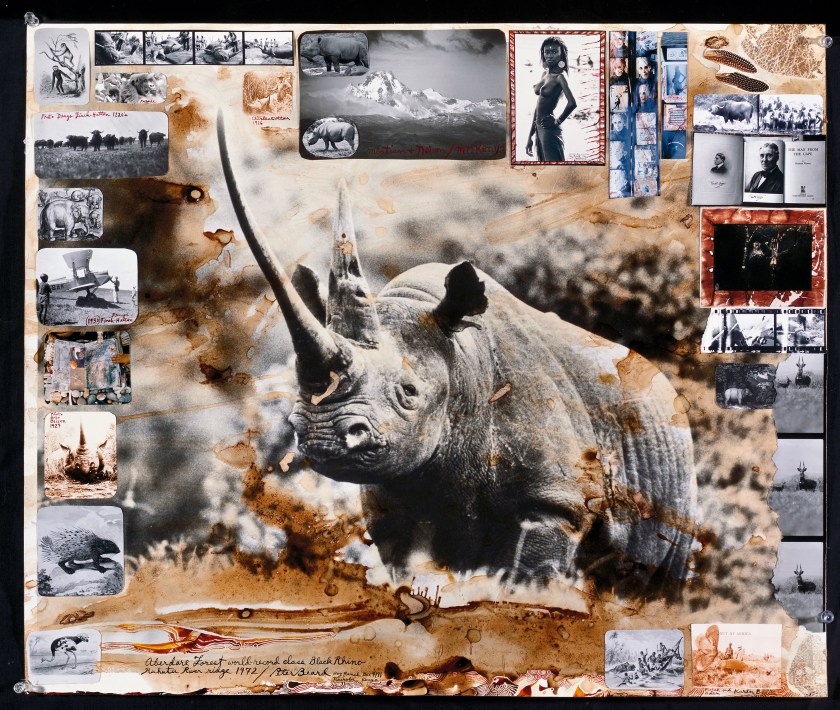 In 2006 TASCHEN published this book, which has come to define Beard’s oeuvre, signed by the artist and published in two volumes. There was a $7,000 collector’s edition and, for the slightly more frugal, a $1,900 art edition. Both sold out instantly and became highly sought-after collector’s items. Now, the book you couldn’t get your hands on is available in one volume, a handsome edition revised by Nejma Beard with new images never published before. In this article, we’ve given you a peek at both books. You can purchase the new edition for $69 here. 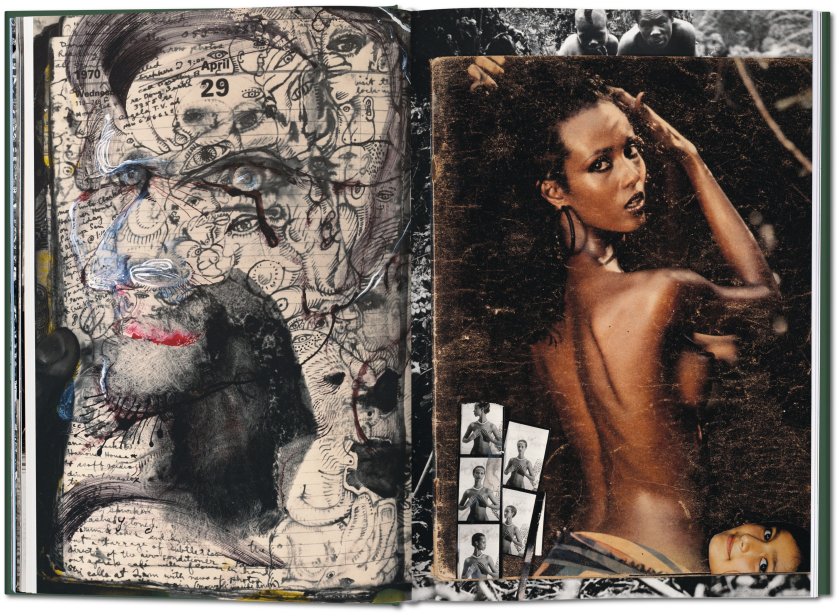 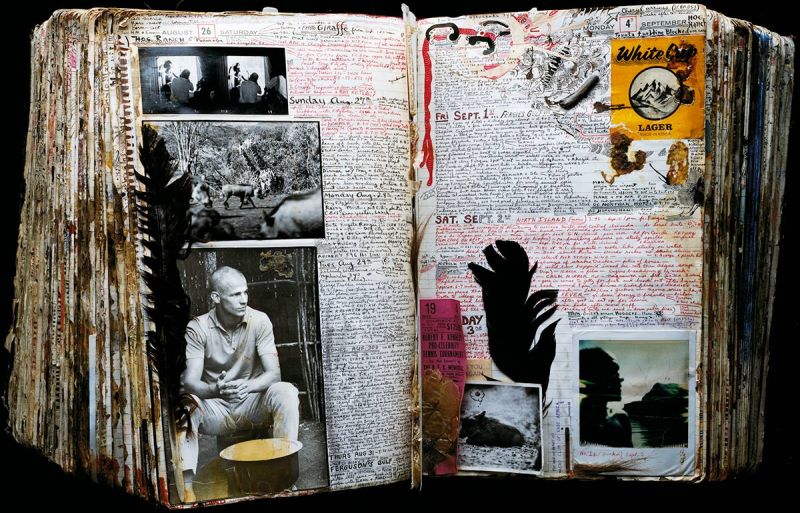 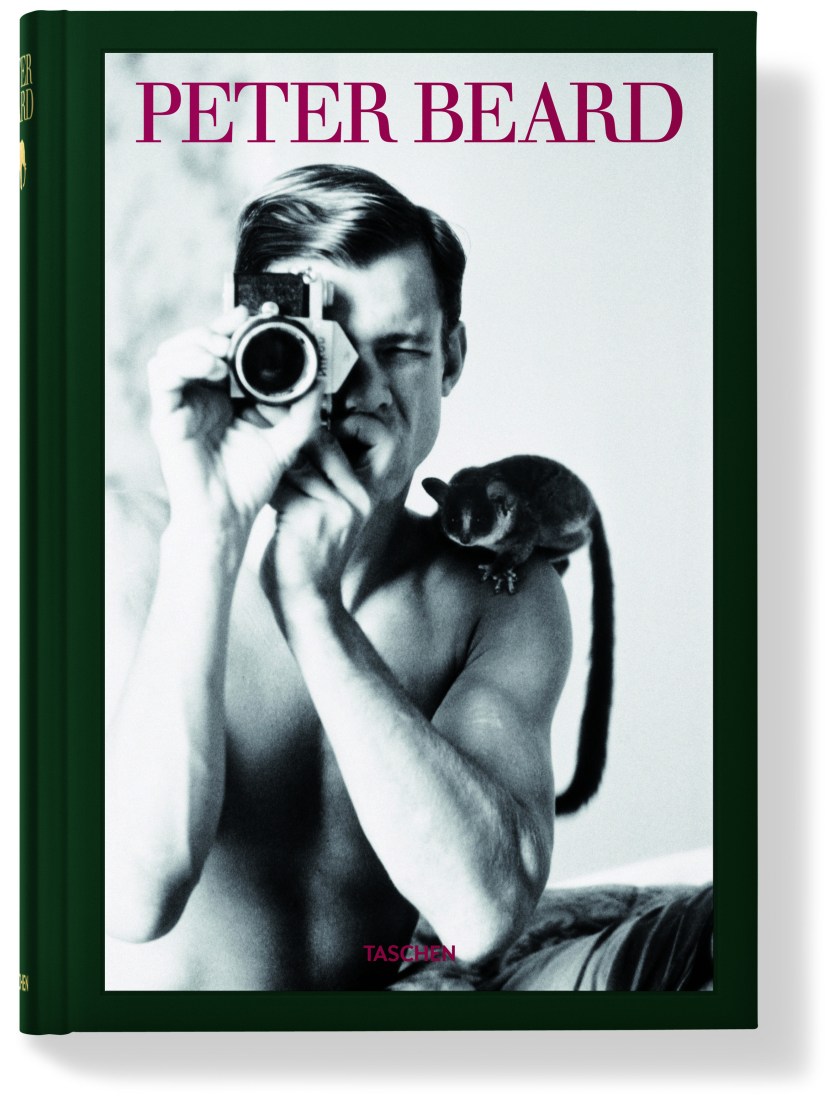 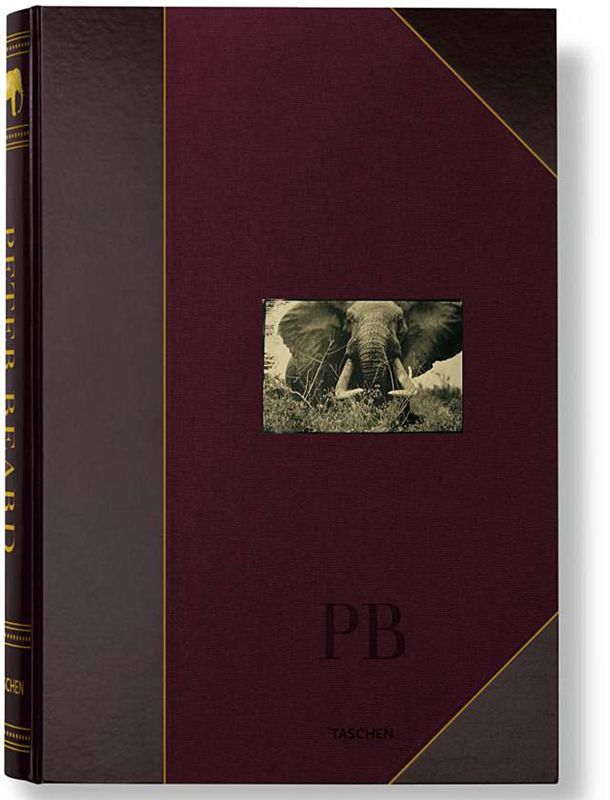