With local government agencies slow and often non-responsive, citizens are taking initiatives into their own hands to make streets safer

The goal of Crosswalk Collective LA is very simple. “We just think it would be nice if children got the chance to live to adulthood.”

How do they want to advance that goal? It’s pretty simple: safety installations throughout Los Angeles. Primarily, as their name would suggest, with crosswalks that enable pedestrians to walk through their neighborhood without risking their lives.

Traffic and road safety accounts for more than 40,000 deaths in the United States, according to the National Highway Traffic Safety Administration. On housing activist and self-professed transit know-it-all Darrell Owens’ substack I’m Not Going To Wait Anymore, he notes that “if we’re going to get traffic safety, we must fight for it. I’m not going to negotiate my safety or the safety of loved ones with the chamber of commerce, the city council or motorists who think they have a right to drive over every inch of pavement that exists…There’s a long history of neighbors taking matters into their own hands. We need to bring tactical urbanism back.”

CCLA is one of a number of groups throughout the United States, and the world, that is doing just that. Tactical urbanism, as defined by the Tactical Urbanist’s Guide, “refers to a city, organizational, and/or citizen-led approach to neighborhood building using short-term, low-cost, and scalable interventions to catalyze long-term change.”

In short, it means that groups like CCLA are employing DIY methods to make changes in their neighborhoods. They aren’t given “permission” to make a crosswalk, they just do it. In fact, as CCLA points out to InsideHook via email through a spokesperson, whether their crosswalks remain in neighborhoods or are removed by the Los Angeles Department of Transportation is almost besides the point: “The crosswalks that remain cause drivers to slow down for pedestrians; the crosswalks that have been removed show that LADOT is capable of acting swiftly when it chooses to. This demonstrates that what safe streets advocates have been saying is correct: The high rate of pedestrian and cyclist fatalities is a matter of political will.”

Tactical urbanism isn’t a new idea. In the 1960’s, the Black Panthers in Oakland regularly used methods such as crossing guards and traffic stops to protect their communities. Today, if you search “tactical urbanism” on social media platforms like Twitter or TikTok, you’ll find resources and projects happening all over the world, from the U.K. to Germany to India.

Krista Nightengale, the Executive Director of Better Block, says that the lightbulb moment for her was in hearing about her organization’s work as a journalist before joining. “It was about a grassroots approach and having community members be the ones to say, ‘This is what’s working or not working in our neighborhood,’” she tells InsideHook. “I realized that’s how we can start to reimagine how our streets, our public spaces and how our communities operate.” Since joining Better Block seven years ago, she’s worked on projects in over 75 cities.

Better Block started through one such action, when founding director Jason Roberts denied city ordinances and fees in Dallas and created a pedestrian area on his block with other community members. After they set up a public space with kids paint and duct tape, they printed the city ordinances they were breaking, put them in the windows of the storefronts of the block, and invited city staff to come take a look. The city staff were impressed, and once they were told that the site wouldn’t have been able to exist if the team had followed city ordinances, as Nightengale explains, “they got the sidewalk fines and ordinances reduced.” It took some time, but the end result was real change. 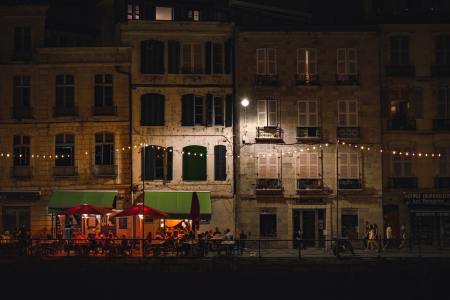 Could NYC's Open Streets Spark Change Across the Country?

There's certainly precedent for it

A Better Block project takes 120 days, start to finish. “We go through listening period, we go through design, and then we kind of plan what looks like a really fun event with the community,” says Nightengale. “It’s a temporary approach to reimagining spaces, we do it temporarily because it erases the fear of permanency. And it allows us to really test out some concepts.”

While some community members could be concerned about losing parking spaces or roads, the temporary approach shows the community as a whole what that space could be used for, and how it can make an area safer for bicyclists and pedestrians, and make it more economically viable. “That goes a long way in getting folks to be like, ‘Oh, okay, maybe this is something that we want here in our neighborhood,’” she says. “There’s a much greater understanding that the streets are not just for moving cars, the streets are for moving people, and our public spaces are so important.”

A project that Nightengale remembers as being particularly successful was in the Forest-Audelia neigborhood of Dallas in 2021.  Better Block took 40 parking spots in a lot and turned it into a pop-up park, completed with a kids area, a stage, and a half basketball court. “This was in the middle of a high crime neighborhood, and the reason we were doing this project was because we wanted to see, could this affect crime in this area? As we were installing this project, we had a man come out to us. And he said, ‘My friends and I are taking bets on how long it will be until someone is shot in this park.’”

After the park was finally completed, they “activated” it for 30 days. As Nightengale tells it, “I was out there one afternoon and one of the neighbors came over and started talking to me and she said, ‘You know, I live across the street, and we have a curfew at our apartment. There are no public spaces.’” Since the park had been opened, she explained, she had been at the park every day with her kids.  “She told me that she was actually watching her neighbor’s kids, which is not something she would have done a few weeks ago.” The community member told her that the park had given the community an opportunity to find each other.

“To me was kind of the epitome of why we do what we do,” Nightengale says. “For a lot of people, you just don’t even get the opportunity to bump into someone and to get to know who they are. Public spaces and parks and basketball courts and green spaces and kids play areas, these can be tiny moments of change. It might not change the world for everyone. But it might change someone’s world at least for just a moment.”

The goal of Better Block, like the goal of CCLA and other tactical urbanism projects, are similar. “Our ultimate goal is to not exist,” Nightengale says. “We want neighbors to know and understand that they can go out and they can make the changes that they’re wanting to see. Ultimately we want walkable, safer spaces for people.” 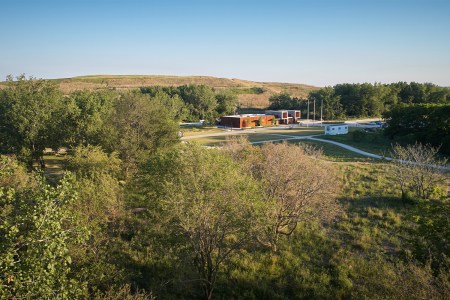 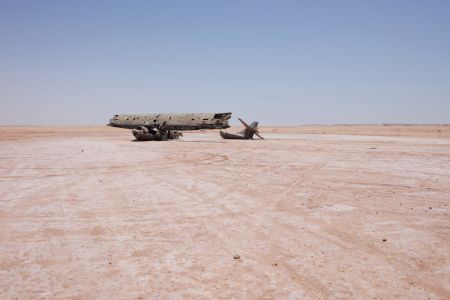 Is the "Smart City" Concept Losing Its Appeal? 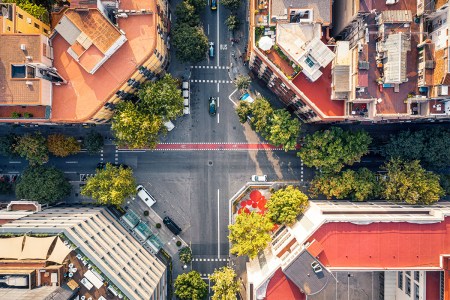