A Los Angeles edition is happening later this month

Fans and supporters leave flowers and messages with candles after the death of Taylor Hawkins, drummer of the Foo Fighters.
Sebastian Barros/Long Visual Press/Universal Images Group via Getty Images
By Tobias Carroll @tobiascarroll

On Saturday in London, the first of two concerts held in memory of the late Foo Fighters drummer Taylor Hawkins took place. (The second is scheduled for later this month in Los Angeles.) As one might expect for an event paying tribute to the life of a well-respected, high-profile musician, a number of big names took part in the event — and a few heartfelt moments took place.

The full list of songs and participants is absolutely jaw-dropping — and included the likes of Nile Rodgers, Paul McCartney and Brian May, as well as members of AC/DC, Led Zeppelin and Rush. Here are five noteworthy moments from a concert full of them.

Them Crooked Vultures played for the first time in 12 years.
It’s been a while since the supergroup comprised of Josh Homme, John Paul Jones and Dave Grohl last took the stage. The group played their own “Gunman,” along with Elton John and Queens of the Stone Age covers. Could this lead to new music from the band? Grohl was talking about his desire to return to the project last year, after all.

Taylor Hawkins’s son joined Foo Fighters for “My Hero.”
There were a number of heartfelt moments over the course of the concert, and one of them came when Shane Hawkins took to the stage along with his father’s bandmates for their song “My Hero.” If you’re looking for a demonstration of how cathartic music can be, look no further.

Geddy Lee and Alex Lifeson played a trio of Rush songs.
The late Neil Peart is hailed as one of the great rock drummers of his day. For their contribution to the concert — “2112 Part I: Overture,” “Working Man” and “YYZ” — Rush’s two surviving members linked up with two very talented drummers. Dave Grohl joined them for the first two, while Omar Hakim (known for his work on David Bowie’s Let’s Dance, among many other recordings) was on board for the third.

Dave Grohl closed things out with a solo version of “Everlong.”
The full set list featured a number of all-star collaborations — including Brian Johnson and Lars Ulrich teaming up for a few AC/DC songs. But one of the night’s most talked-about moments came at its conclusion, with Grohl playing a solo version of “Everlong” to bring the night to an end. Getting an entire stadium to fall silent is no easy task, but that’s exactly what he did here. 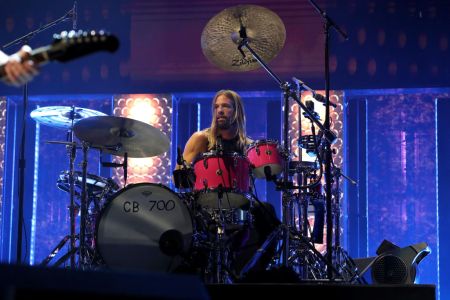 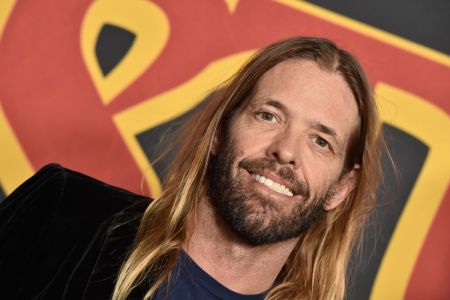 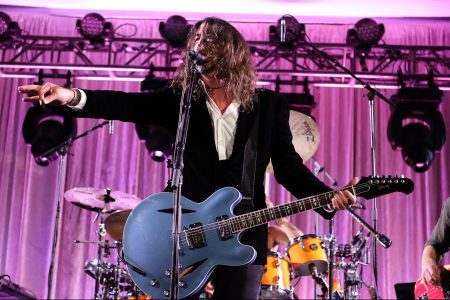 Why Do I Feel So Weird About Dave Grohl, Who Isn’t Jewish, Doing Annual “Hanukkah Sessions”?