Aaron Hyde has been brewing beer and wine for over two decades, distilling for over a decade, and writing about all his beverage brewing escapades for the last eight years.

Aaron has been homebrewing since 1996 when he started with his father in their kitchen. In 2006 he took courses and certifications in winemaking (enology) and grape growing (viticulture) from UC-Davis and Texas Tech, respectively. He opened Brewstock Homebrew Supply in New Orleans, Louisiana, in 2008, where he sold home brewing, winemaking, soda making, coffee roasting, and distilling products. That same year he picked up home distilling, piecing together a still from an old keg and copper piping. For the next five years, he helped thousands get their start in the brewing hobby and supported many in the opening of their micro and craft breweries. He also provided educational classes on brewing and winemaking to those in the community.

After selling Brewstock, Aaron moved on to work for Briess Malt & Ingredients, where he was a Sales Manager as well as Director of Homebrewing, selling into home brewing stores as well as craft breweries and distilleries. He continued to spread his knowledge by writing articles for Brew Your Own (BYO) magazine and presenting at conferences like Homebrew Con, Master Brewers Association of America (MBAA), and Craft Brewers Conference (CBC.)

He currently manages global product strategy, as well as product innovation and development for Bevie, a company that provides homebrew, private label, and craft and commercial brewery ingredients and equipment. Bevie products are distributed under the Grainfather and Still Spirits brands across the globe. In his role at Bevie often consults on home distilling and brewing product design and development, such as brewing systems, stills, fermentation vessels, ingredient products, and yeast.

Aaron is one of the few people globally that has received their certifications in brewing, malting, and distilling through the Institute of Brewing & Distilling (IBD). He is also a Certified Cicerone and a Beer Judge Certification Program (BJCP) beer judge. He is also the author of How to Distill, a comprehensive guide to distilling spirits, and also manages www.howtodistill.com, which provides supplementary information to the book for those interested in distilling.

When he isn't deep in a brewing or distilling project, you can find him sailing around Auckland on his trimaran, hiking with his partner and dog Willie Mae around New Zealand, or binge-watching whatever streaming has to offer this week!

All Articles From Aaron Hyde 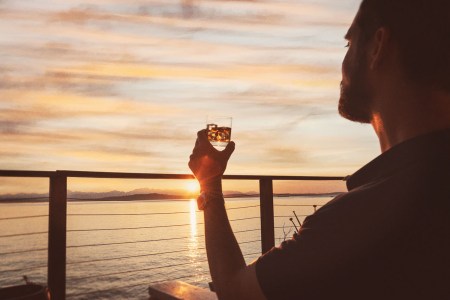 Why It’s Perfectly Fine to Describe Your Whisky as “Smooth”