Apple Storefronts Are Beacons of Architectural Hope for Retail Designers

One of the earliest tech companies to center its products around design, Apple has become synonymous with the shopping experience it offers at its minimalist retail stores. These locations have become as iconic as the brand itself. Premier architects, like Foster and Partners, have designed many of them. (Apple Design guru Johnny Ive even made one.) Each retail space has the signature glass with metallic and natural finishes, but often take advantage of pre-existing locales with a distinct aesthetic.

When looked at individually, these retail hubs are a testament to the attention to detail, evident in its products, that Apple extends to its storefront as well. Taken as a whole, Apple’s retail spaces are an example of how the brick-and-motor locations can be used to advance the branding and design for tech products everywhere.

Istanbul’s latest Apple Store, designed by Foster and Partners, is subterranean. From street level, a glass cube, with seamless binding that requires no mechanical fixings or visible joints, rises from a reflecting pool to serve as an illuminated beacon to lure in customers and design lovers alike. 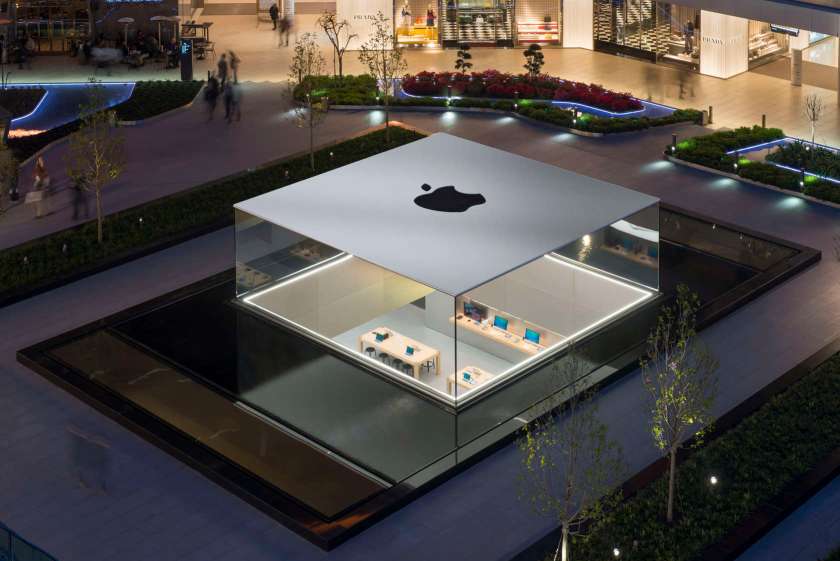 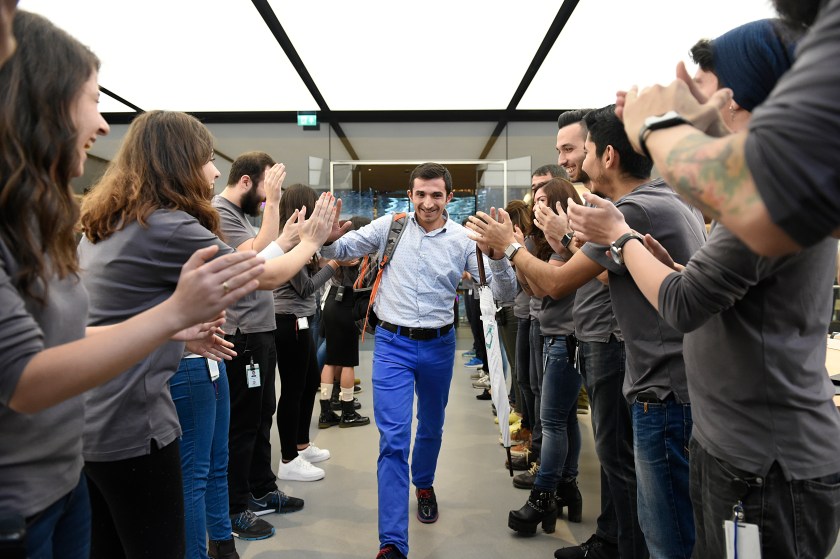 Readapting the Beaux Arts U.S. Mortage and Trust Building, BCJ creatively made use of the stately building’s unique accents. In fact, many of the structure’s original finishes were reconstructed to give the Upper East Side location a refined and light vibe. 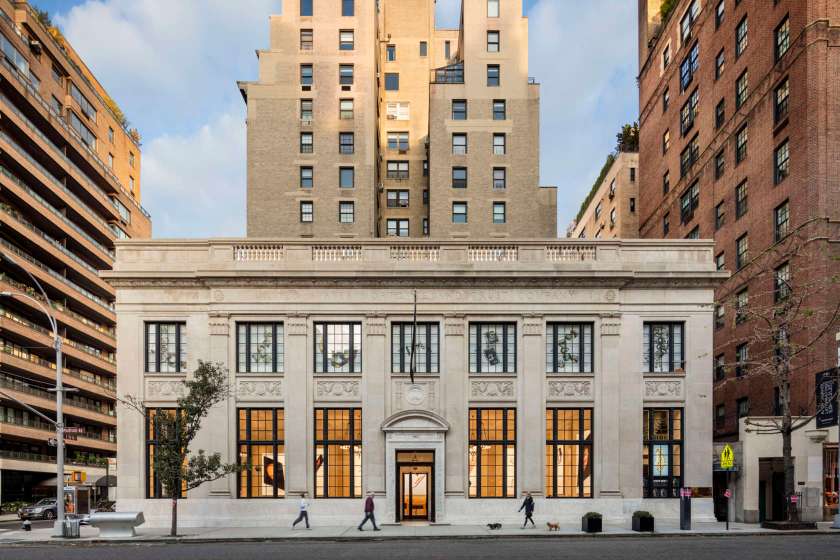 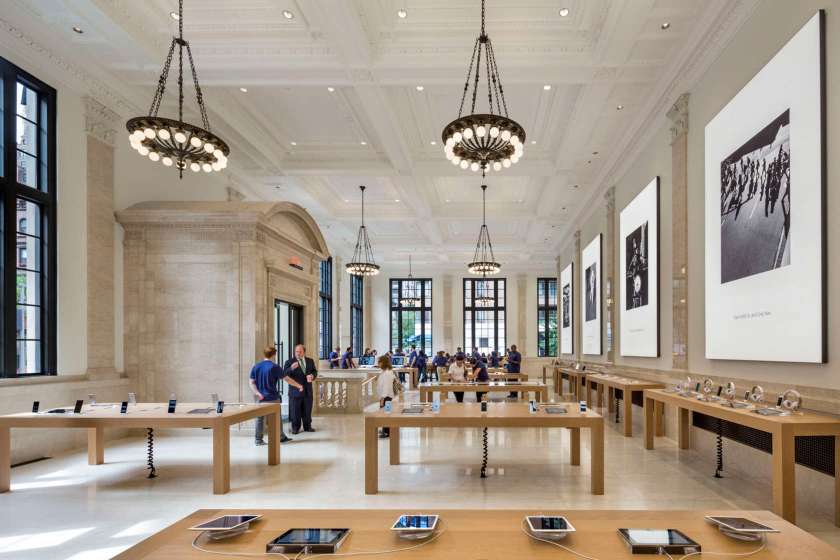 The second location designed by Foster and Partners, the Westlake design is anchored by a glowing cantilevered second floor. The spaceship-like tier is connected to the ground level by glass stairs. 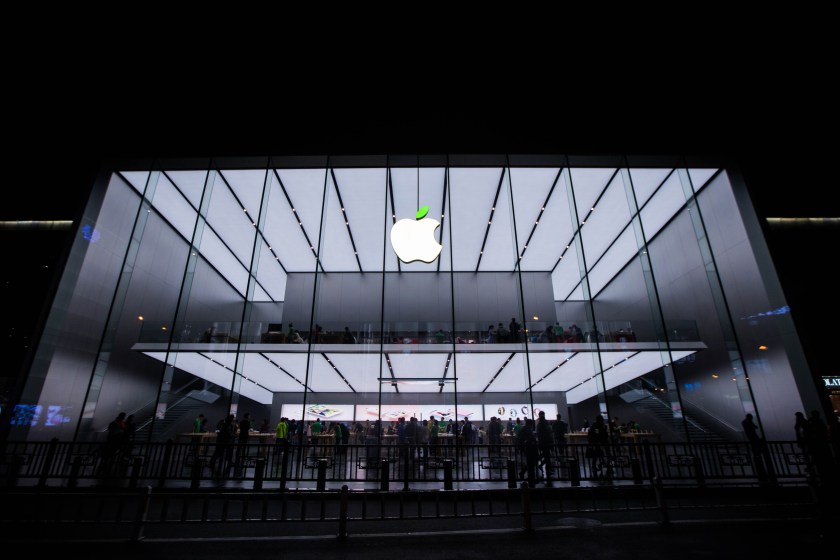 The “leaf” on the logo of Apple store turns green to welcome World Earth Day on April 20, 2016 in Hangzhou, China. (VCG via Getty Images)
Getty Images 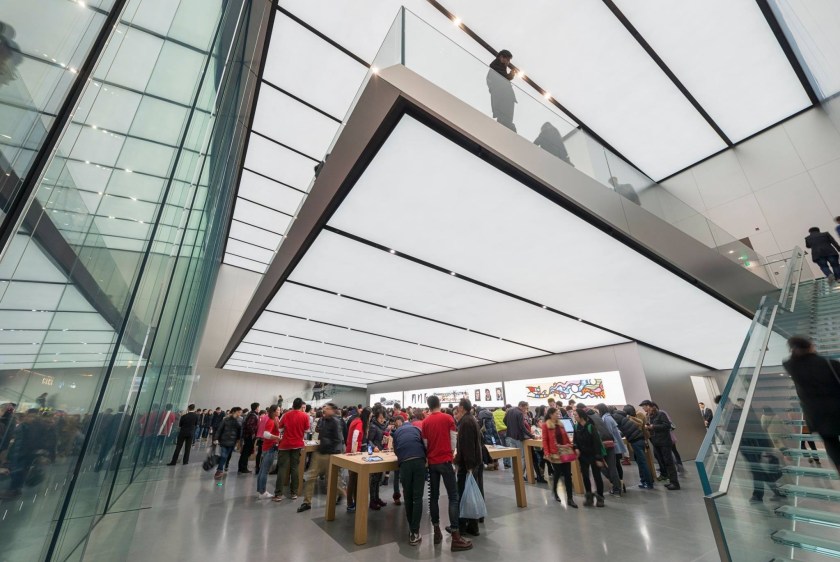 Like a panoramic picture, this Palo Alto space boasts a storefront comprised of uninterrupted glass panels that stretch across its 180-foot long facade. The speciously spacious design, bolstered by glass structural pillars and thin steel beams, all serve to further the company’s brand image while shattering the faux barrier between its interior and exterior. 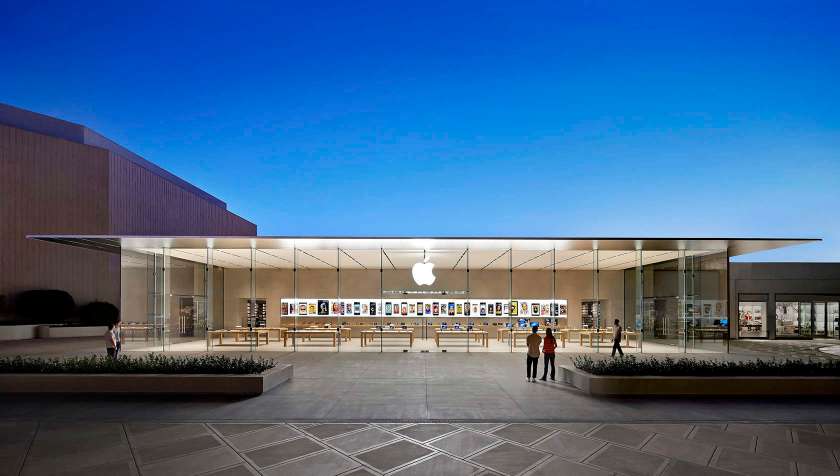 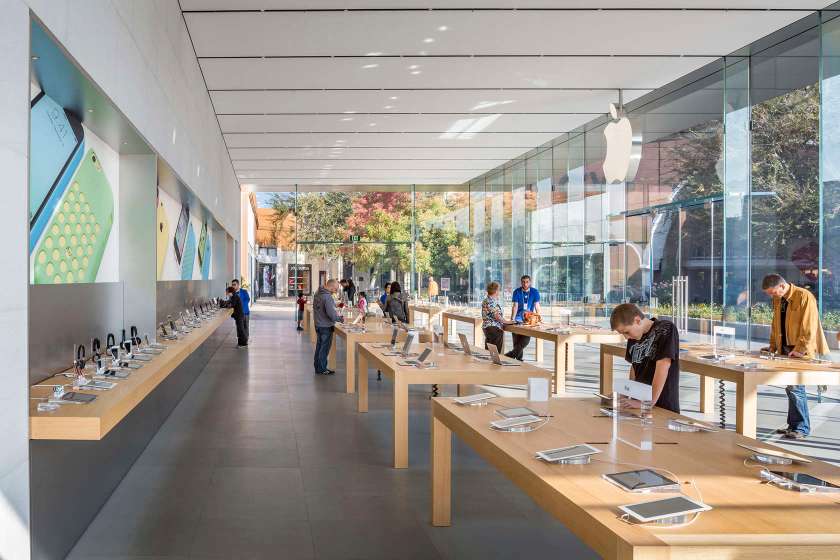 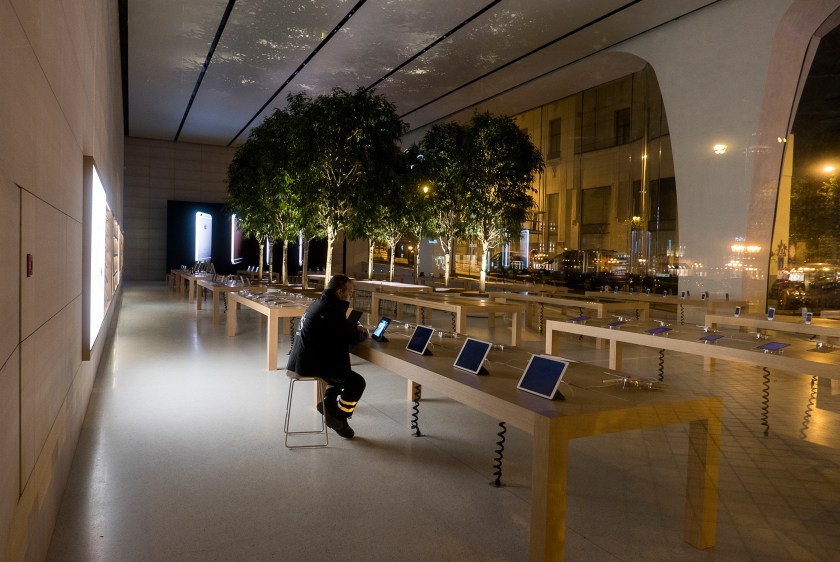 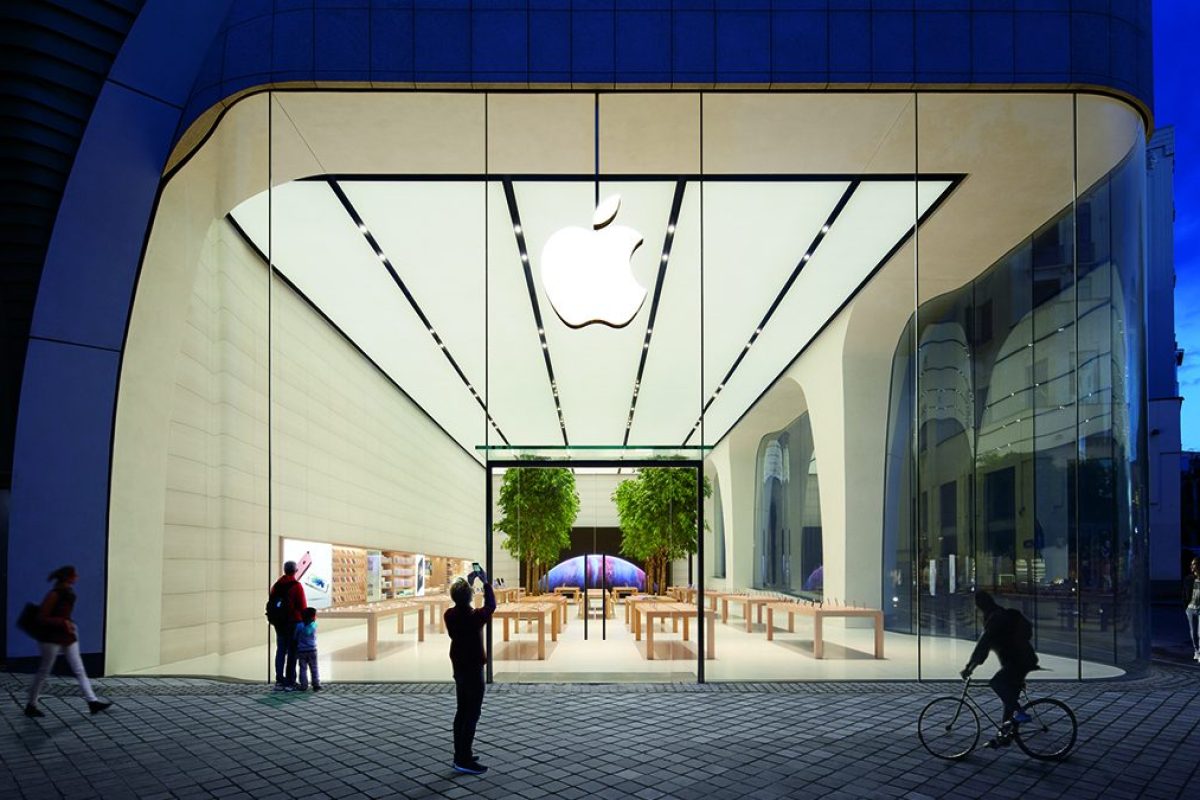 Organized into three separate spaces spread across the atrium, a glass facade (made with 6,148 panels) gives passerby view of the entire store with a quick glance. Pedestrians on Sydney’s George Street are privy to the unique BCJ while still recognizing the iconic Apple touch. 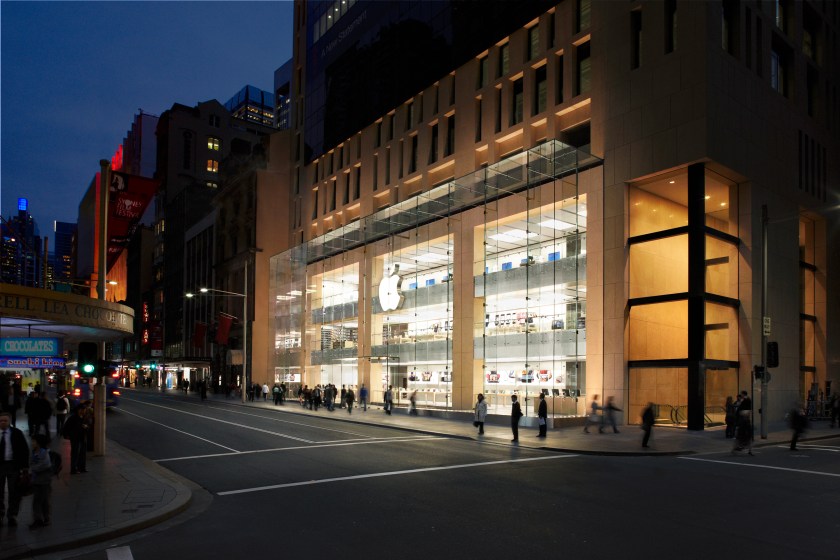 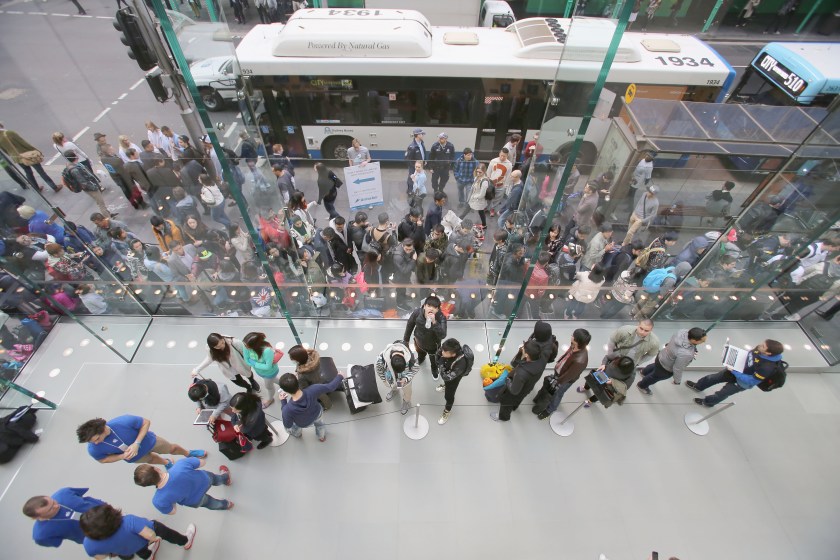 Crowds wait in anticipation for the release of the iPhone 6 on September 19, 2014 in Sydney, Australia. (Cole Bennetts/Getty Images)
Getty Images

Please Stop Killing the Shows of My Youth With Mediocre Reboots