Both teams enter the Champions League final in excellent form

Paris Saint-Germain's Brazilian forward Neymar celebrates the victory at the end of the UEFA Champions League semi-final football match between Leipzig and Paris Saint-Germain at the Luz stadium, in Lisbon on August 18, 2020.
Manu Fernandez / POOL / AFP
By Luis Paez-Pumar

Despite the starts and stops caused by the coronavirus pandemic, as well as the unique one-leg knockout format, the 2019-2020 Champions League has arrived at its endpoint, the grand final between two titans of European soccer. In one corner, Bayern Munich continued their post-pandemic form to steamroll through Chelsea, Barcelona and Lyon en route to their 11th final. In the other, Paris Saint-Germain made their first championship match ever, besting Dortmund, Atalanta and RB Leipzig on the way.

While Liverpool fans will argue differently, it’s fair to say that both Bayern and PSG have been the best teams in Europe at least since the coronavirus restart. Both walked away with their leagues, and though PSG struggled far more in the Champions League quarterfinal and semifinal, both teams should come into the final in Lisbon at nearly full strength.

That should lead to a cracking match, particularly because both teams are far stronger in attack than in defense. That’s not to say that the teams can’t defend; PSG had one of the best defenses in Europe, and Bayern has a bend-don’t-break philosophy when facing opposing offenses. However, the real star power, for both sides, is on the attacking front. Neymar, Angel Di Maria and Kylian Mbappe form a terrifying trident for the French champions, while Bayern supports Robert Lewandowski, probably the best player in the world this season, alongside Thomas Muller and Serge Gnabry.

With all that in mind, here are the three questions that should give us a better clue of who will win the Champions League final on Sunday.

Will Neymar Need to Fix His Shooting Woes?

Neymar has been the best player in the Lisbon “bubble” with one notable exception: the man can’t score this save his life. Against Atalanta, Neymar missed myriad clear-cut chances, forcing his team to need two late goals to advance. And then the same story happened against Leipzig, though at least there PSG was dominant without their star man scoring.

Will he need to score against Bayern for PSG to win? Maybe. Kylian Mbappe missed the start against Atalanta and his insertion late changed the game. He’s healthy now, and after a great game against Leipzig, he could pick up the slack for Neymar’s finishing problems. That would be good enough, because Neymar has been near-perfect at everything else; his playmaking and dribbling has been PSG’s best weapon going forward, and Bayern’s defense has struggled with pace and creativity from the wings.

How Can PSG Stop Robert Lewandowski?

On the other side, PSG’s defense will have a similar issue with Lewandowski. While you could argue that Serge Gnabry and Thomas Muller have both been better in the Lisbon games, it all starts with the attention that the Polish striker demands, as well as his brilliant movement into spaces. His goals in Lisbon have all come late, when the games were essentially decided (the one exception was the opening penalty goal against Chelsea in the round of 16 second leg, but that tie was already over), but that might just mean he’s ready for an explosion.

PSG’s center backs are up to the challenge, with both Thiago Silva and Presnel Kimpembe in top form right now. They’ll need to be on Sunday, because as Bayern proved in demolishing Barcelona 8-2 and even in their less lopsided 3-0 win against Lyon, the Bavarians can score at will. If Lewandowski re-finds his clutch goalscoring form, this could be a very boring final for anyone outside of Munich.

Who Will Win the Battle of the Midfield?

Though the battles between both attacks and defenses will steal the show, the key to this match might just come in the midfield. Bayern’s midfield trio of Joshua Kimmich, Thiago Alcântara and Leon Goretzka has been on fire during the Lisbon games, and it will be up to whatever configuration PSG throws out there to make them work for possession and ball movement. Against Atalanta, PSG’s midfield failed spectacularly, with the Italians moving the ball at will. They tightened up against Leipzig, but now they face the most talented and versatile midfield in the tournament.

Bayern will likely want to cycle the ball out to Gnabry and Muller, but Thiago and especially Goretzka can charge into the box late for shots, so PSG will have to track runners throughout. If they can stifle at least two-thirds of that trio, then the Champions League trophy could, finally, head to Paris. If not? Bayern will win their first continental trophy since 2013, complete a domestic/European treble and stake their claim as one of the best teams of the last decade or two. 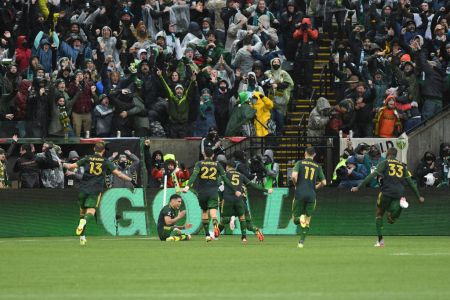 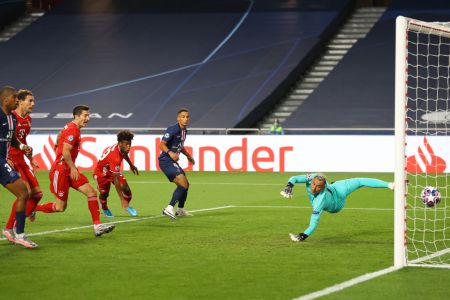