Get to Know the Iditarod, America’s Last Remaining Spectator Sport

Do you like live sports? Well have we got news for you ...

Rule 1: You must like dogs.
Lance King/Getty
By Meredith Heil 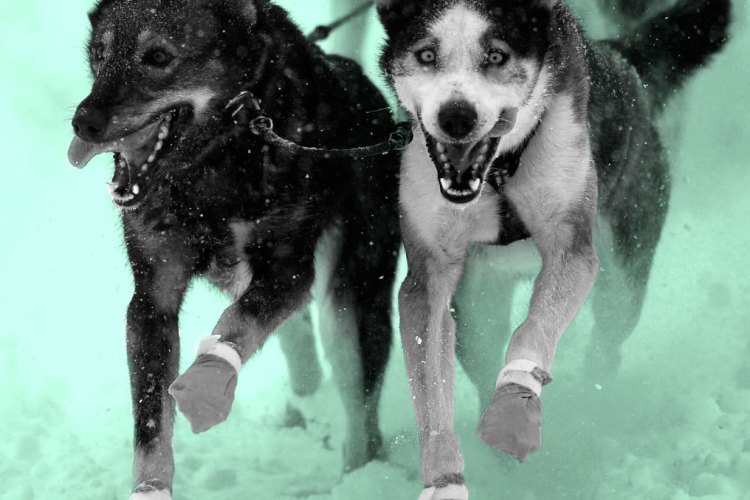 The End Days (or something like them) have officially arrived.

As if mass toilet paper shortages and forced statewide bar and restaurant closures weren’t enough, the powers that be have also canceled, curtailed or delayed pretty much every single watchable sporting event scheduled for the foreseeable future. For the diehards among us, this was the final devastating blow. A mere few weeks ago we were dreaming of unstoppable March Madness brackets, gearing up for the NHL playoffs and filling our foolish hearts with hope in anticipation of MLB’s Opening Day. Then, in just a few miserably chaotic days, it all came crashing down.

But wait — there is one major sporting event where social distancing has never been an issue, where long stretches of contagion-free tundra naturally isolate participants, and where the majority of each team is, in fact, certifiably immune to the virus. I’m talking about the Iditarod, the annual long-distance sled dog race that follows highly skilled mushers and their furry running mates in a 15-day dash across Alaska’s picturesque countryside. And while the valiant Thomas Waerner of Norway and his lead pups K2 and Bark slid across the finish line to claim the big W late last night, there are still a handful of precious days left to soak up all the paw-thudding, tail-wagging action before the whole shebang wraps up early next week.

Intrigued, yet unsure where to begin? We did some research and consulted with a couple of sled dog aficionados for the scoop on everything you need to know to hop aboard the snowy Iditarod bandwagon while there’s still time.

The basics are pretty, well, basic

The first Iditarod took place in 1967 as part of a larger celebration marking the 100th anniversary of Alaska’s purchase from Russia. It’s named after a small town along the official trail and derived from the Eskimo word Haiditarod, or a far-off location. Today, the 1,100-mile race kicks off each year during the first week of March and stretches a little over two weeks, with the speediest mushers crossing the finish lane somewhere in the nine- to 11-day range. There are plenty of rest stops along the route stocked with specialty vets, dog food and other team services, and three of these posts have mandatory stoppage times in order to ensure everyone on the team gets an adequate break. These checkpoints are also a helpful way to gauge where a particular team is along the course, especially when they’re deep in the thick of the wilderness.

Many of the rules attend to the safety of the dogs. All mushers start the race with a minimum of 12 dogs and a maximum of 16, ensuring ample substitutes for those who fall sick or are too fatigued to continue running. The sleds must have a special covered space to accommodate an injured dog and all dogs must wear protective (and adorable) booties. Mushers are also required to keep a notebook detailing their dogs’ well-being and then present their findings to the veterinarians manning each checkpoint.

The first team to successfully reach the final checkpoint in Nome (in this case, that’s Mr. Waerner, K2, Bark and the rest of the crew) takes home the gold and the remaining teams follow suit, filing in for second place, third place, fourth place and so on. Simple as that.

“In 2018 I went to the ceremonial and official start of the Iditarod,” says Karen Gardiner, a Baltimore-based freelance writer, longtime Husky owner and recently converted sled-dog devotee. “My husband and I flew to Anchorage feeling like we were kind of nerdy for going all that way to see it. I was surprised that, actually, loads of people do that. It’s huge. People that I spoke to even told me that getting a basic volunteering gig at the Iditarod is hugely competitive.”

“There’s a lot of material on Iditarod.com that is very helpful,” instructs Coldfoot Films writer-director Alex Stein. The Los Angeles resident’s 2010 documentary MUSH put him on the sled-dog racing map and he’s since become something of an expert, co-hosting Mushing Radio’s Iditarod coverage and releasing a series of short-fiction pieces called Tales from the Trail. “Most mushers have websites or Facebook pages and post lots of great photos, videos and stories about being on the trail and there are also lots of good Facebook groups that post links to articles about races and mushing-related news.”

Must love dogs (or at least it helps)

“It’s all about the dogs for me,” Gardiner says, detailing the genesis of her interest in the sport. “I have huskies and just love snow dogs.”

“I first started following the Iditarod in the early 2000s. I’ve always been a dog person and loved the idea of these amazing, beautiful and heroic dogs,” recalls Stein. “I attended a sprint race around 2006 that was part of Fur Rondy, the annual winter carnival in Anchorage. It was electric to see the dogs and amazing to see the joy on their faces when they started to run. I was also completely amazed by the chores and rituals involved with taking dogs out for a run and how the musher was completely in tune with all of his dogs.”

A front-row seat is closer than you think

“The Iditarod goes through very remote places, so following online or only going to the start or the finish in Nome is more typical,” notes Gardiner. Iditarod.com is a one-stop-shop for all things sled dog racing, including a constant stream of the race (note that you’re required to sign up for a free or paid account to access the goods).

“These days, I think most people follow sled dog races on their computers,” echoes Stein. “For the past nine or 10 years almost every race has had a tracker on the sled of every team that lets fans see exactly where everyone is during the race, how fast they’re moving, etc. That said, there is nothing like being at a sled dog race.” Something to look forward to next year, perhaps?

There’s no need to play favorites

At press time, 45 different mushers, each equipped with seven to 14 trusty dogs, were still sloshing through the snow, but that doesn’t mean you have to swear allegiance to just one team. While some individual mushers have developed a large cult following, Stein notes that Iditarod fanship errs generally on the side of positivity and inclusivity.

“I’m following fairly closely and my favorites are probably Jessie Royer, Aliy Zirkle, Meredith Mapes, Quince Mountain and Sean Underwood,” he explains, naming his current picks. “Having said that, I have deep appreciation for everyone who enters and want everyone to get to the finish line happy and healthy. One thing I love about sled dog racing is that there’s a strong sense of cooperation even among competitors — it’s almost unheard of for mushing fans to root against someone. This is a huge contrast to most other sports where people not only love teams or players but take a fair amount of joy in hating teams or players and rooting against them.”

That friendly spirit extends off the trail, too

“I’m particularly amazed by the fans of [mushers] Blair Braverman and Quince Mountain, who go by the name #UglyDogs,” says Stein. “Many of them are relative newcomers to the sport brought in by Blair and Quince, who are both writers in addition to being mushers and use storytelling to get people to learn about the sport and their dogs.  One of the more amazing things that the #UglyDogs did last year was to start the #IGivearod project. After seeing a school Principal in a small village along the Iditarod trail talk about having difficulty funding a school project, they stepped up and completely funded her project within hours. Then they researched other projects at rural Alaskan schools that needed funding and raised over $100,000 in just over a week. The #UglyDogs have a very strong emphasis on finding ways to do good in the world, which we all need more of these days.”