We chatted with the former U.S. Men’s National Team star before the Americans kick off in Qatar

The U.S. Men's National Team is back in the World Cup after missing in 2018.
Julio Aguilar/Getty
By Evan Bleier @itishowitis

A former U.S. Men’s National Team midfielder and defender with 46 international caps who suited up for the USMNT at both the 2008 Beijing Olympics and 2010 World Cup in South Africa, Maurice “Mo” Edu is in Qatar to cover the ’22 World Cup as an analyst for Fox Sports.

The 36-year-old, who was the 2007 Rookie of the Year in Major League Soccer and also played overseas in the UEFA Champions League and UEFA Europa League, formally announced his retirement from soccer in 2019 and now works as the lead color analyst for Atlanta United in addition to working with both CBS Sports and Fox.

As that résumé would suggest, Edu knows a thing or six about kicking it on the pitch as well as in the broadcast booth. So, ahead of the USMNT kicking off their run in Qatar in Monday’s match against Wales, we caught up with Edu to get his thoughts on what fans should realistically expect from the Americans this time around and what would constitute success, and failure, for the U.S. at the World Cup. Here’s what he had to say.

InsideHook: If you were power-ranking all of the teams in the tournament, where is the U.S.?

Maurice Edu: I would do it in terms of four tiers. Tier One would be your Brazils, your Argentinas, your Germanys and the like. I am an optimist, but I would put the U.S. at the bottom of that second tier from a talent standpoint. If everything falls in place and this team clicks in the way I think that they can, l think they can have an incredibly successful tournament. The latest FIFA World rankings have the U.S. in the top 20 at No. 16. That’s why I had them slotted in that second tier. I don’t think this team fears anyone and that they feel they can compete with anybody. There’s still so much room for growth for them as individuals, but also as a team. They can go out there and shock the world.

IH: Could U.S.-England on Black Friday be one of the most-viewed and hyped matches in the history of American soccer?

ME: For sure. It’s shaping up to be a beautiful event. With the two teams involved and the game being played on Black Friday on Fox, it is going to draw so many eyeballs and so much attention. As much as we’re looking forward to that game, all the players on the U.S. roster will be looking forward to it too knowing that England is one of the top-rated teams in the world. It’s a chance to continue to prove to people what America is capable of producing when it comes to soccer players. Guys like Christian Pulisic might be even more motivated playing against some guys who are his teammates in England who are playing ahead of him. I think the game will have some real significance if England wins their first game against Iran and the U.S. wins against Wales. That could set the stage for who could be the group winner.

IH: What sort of mindset do the players on the squad need to have in order to have success in Qatar?

ME: The margin for error is so slim. You have to be dialed in, focused and to have boughten into what your team is trying to achieve. You can’t let outside distractions weigh on you. As soon as you do that, it can impact your game and your performance. The guys have been dreaming about this opportunity since they were kids and now it’s come to fruition. I think they’re gonna be excited about the opportunity. Also, a World Cup isn’t promised to anyone. We saw in 2018 how our team didn’t qualify. It could be one-and-done for some of these guys. I hope that’s not the case, but I thought my first World Cup in 2010 was going to be the first of a couple. That wasn’t the reality. Injuries put me out and I never had a chance to get back onto another roster. You can’t look too far ahead or take anything for granted whatsoever. I think these guys realize that and will be fully focused. 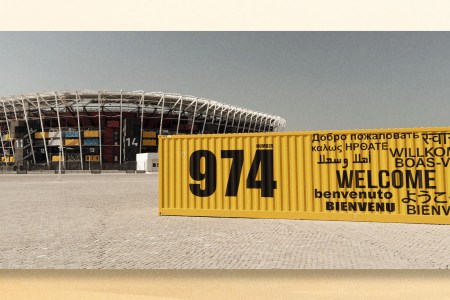 IH: What would constitute a successful tournament run for this team?

ME: The starting point was just getting back to the level of qualifying. I think it’s something we can’t take for granted because of the failure of the last cycle. That said, we need to get back to a point where we’re normalizing that and qualifying should be part of our DNA. That needs to become the standard again, first and foremost. With this group, I’ve been bullish about them since day one. There’s a lack of experience on the international stage playing in World Cups, but there’s an immense amount of talent. We’ve seen them grow and mature over the last couple of years winning tournaments domestically, I think that’s really important for a young group. Winning trophies helps a team have a little bit more belief in what they’re doing. If I see a glass, I think it’s half full, but barring significant injuries with a healthy roster I don’t think the quarterfinals are farfetched. Priority No. 1 is taking care of business in the first game against Wales. It’ll set the tone for where they want to go in this tournament. Getting a good result against Wales goes a long way to getting out of the group. With the way the groups match up, I think a quarterfinal berth is a realistic possibility. Call me crazy

IH: How about a failure?

ME: A failure is not getting out of the group, point blank, simple. This team isn’t going to the World Cup just content and happy to be back. That’s not who we are as a program, as a country. This is a group of players who are motivated, hungry and have a point to prove to themselves, the world and this country. Not making it out of the group stage would definitely be a failure. That’s the beauty of this sport. That’s the challenge that any player wants and accepts when they put on the U.S. kit. You walk out there for the national anthem in a U.S. jersey and you’re wearing the challenge and the responsibility that you want as a player. 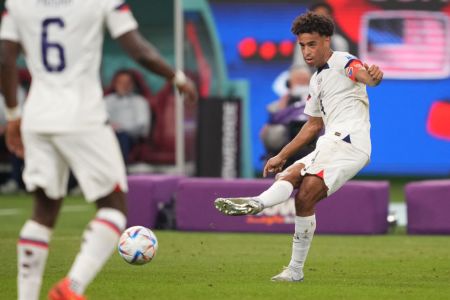 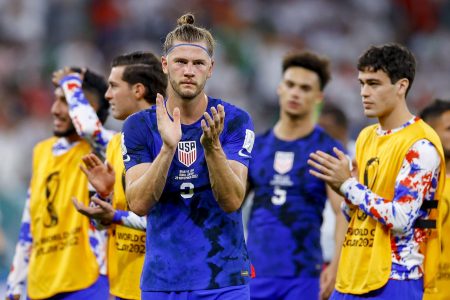