Has Falcons Coach Dan Quinn Outlasted His Usefulness in Atlanta?

Over the next six weeks, we’ll be preparing for the kickoff of the 2020 NFL season on September 10 by attempting to answer the most important question facing all 32 of the league’s franchises in order of their 2019 finish, from worst to first. Today’s team: the Atlanta Falcons.

At halftime of Super Bowl LI against the Patriots, the Atlanta Falcons led New England 21-3 before increasing their lead to 28-3 midway through the third quarter after quarterback Matt Ryan tossed his second touchdown pass of the day. For all the world, it looked as if the Falcons, who finished the 2016 regular season with an 11-5 record under second-year head coach Dan Quinn, would be leaving NRG Stadium in Houston with the first Super Bowl title in franchise history.

Then the Patriots scored 25 unanswered points to tie the game at 28–28 with 57 seconds left in regulation and won it with a two-yard touchdown dash by James White following a 75-yard-drive in overtime.

It was the kind of heartbreaking loss that usually leaves a mark, but somehow, Quinn and the Falcons were able to rebound and return to the postseason after going 10-6, even winning a game against the Rams before falling to the Eagles in the divisional round.

Things have gone downhill since then, as the Falcons have finished at 7-9 in each of the last two seasons, at one point losing six in a row last season to drop to 1-7 on the year. After a bye week, Quinn’s team made adjustments, with the Falcons winning six out of of their final eight games, including impressive victories on the road against the 49ers and Saints.

Though many thought the head coach would be gone, that strong finish —combined with his willingness to give up defensive play-calling duties to now-defensive coordinator Raheem Morris — was enough to convince Atlanta owner Arthur Blank to retain both Quinn and general manager Thomas Dimitroff for 2020.

“I have long believed that continuity in leadership is very important across all our businesses and the football team is no different in that regard,” Blank said in a statement announcing his decision. “After weighing several factors, including our team’s statistical turnaround and our players’ focus and effort the second half of the season, I feel the decision to retain Thomas and Dan, with [Falcons CEO] Rich [McKay] providing close day-to-day oversight of the football operation, will provide the timeliest route for the Atlanta Falcons to return to contention in 2020 and beyond.”

Is that realistic with Quinn still running things? Perhaps, but it won’t be easy.

Of Atlanta’s 16 regular-season games, 11 come against teams that made the playoffs in at least one of the past two seasons. Of the remaining five, two are against the Tampa Bay Buccaneers, who, you might have heard, made a pretty big addition at quarterback. At least on paper, that schedule projects to be very difficult, and certainly doesn’t help Quinn’s chances of getting things turned around fast.

Then there’s the roster.

With the 35-year-old Ryan — who is somehow not the oldest quarterback in his division thanks to the presence of Drew Brees and Tom Brady — pushing up Atlanta’s average age, the Falcons are one of the oldest teams in the NFL, and were ranked dead last in under-25 talent by ESPN.

Yes, the Falcons do have a proven stud in game-breaking receiver Julio Jones and a strong up-and-comer in wideout Calvin Ridley, but their offense is also relying on one-time NFL Offensive Player of the Year Todd Gurley to regain the form he had with the Rams before injuries began to pile up. Atlanta’s defense should also be improved with Morris in charge for a full season and the team investing in its secondary by drafting Clemson’s A.J. Terrell with the 16th pick in the draft and signing Darqueze Dennard away from the Bengals during the offseason.

But with Dimitroff saying in June that there are “high expectations” for the team coming into this season, the consensus seems to be that simply making the playoffs won’t be enough for Quinn to retain his job in Atlanta.

“I don’t think he’ll be returning at 8-8, unless it’s one of the 8-8s where you get one of the new wild card spots — but even that might not be enough to save it,” Orlando Ledbetter, who covers the Falcons for The Atlanta Journal-Constitution, said on a CBS podcast. “They need to get in and make a run.”

If he’s right, the odds Quinn sticks around are not in his favor. Though he has finished at at least 8-8 in three of his five seasons with Atlanta, he’s only made the playoffs in two of them, and that was when Ryan’s arm, Jones’s foot and Gurley’s knees had gone through far less wear and tear. Quinn appears to be fighting an uphill battle to stay in Atlanta, and while it may not be his fault, an old roster and tough schedule may prevent him from winning it. 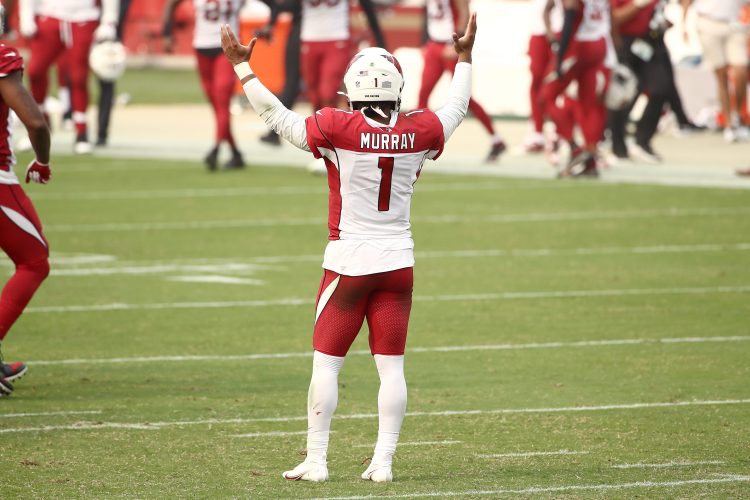