(Joan Chen)
By Will Levith 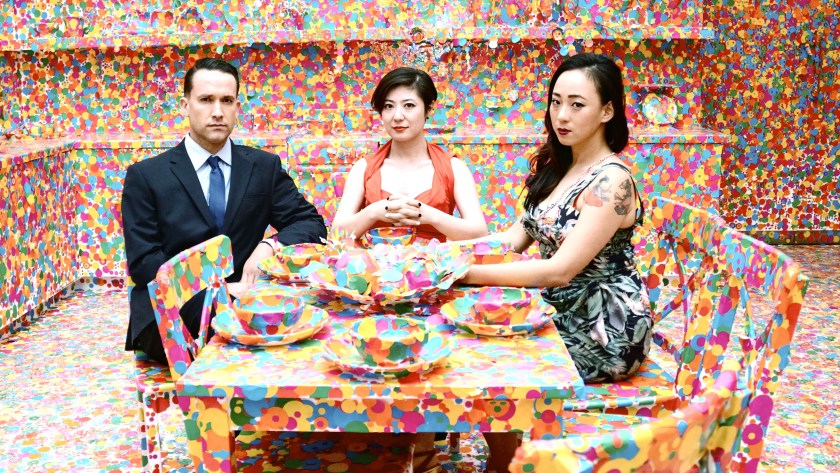 Australia’s Gallery of Modern Art commissioned American indie rock band Xiu Xiu to remake the soundtrack from classic TV series, Twin Peaks. The music was performed live at the museum for two days in April 2015 as part of its “David Lynch: Between Two Worlds” exhibit. Per the band:

“The music of Twin Peaks is everything that we aspire to as musicians and is everything that we want to listen to as music fans. It is romantic, it is terrifying, it is beautiful, it is unnervingly sexual. The idea of holding the ‘purity’ of the 1950’s up to the cold light of a violent moon and exposing the skull beneath the frozen, worried smile has been a stunning influence on us. There is no way that we can recreate Angelo Badalamenti and David Lynch’s music as it was originally played. It is too perfect and we could never do its replication justice. Our attempt will be to play the parts of the songs as written, meaning, following the harmony melody but to arrange in the way that it has shaped us as players.”

Compare Xiu Xiu’s interpretation of the show’s opening theme with the original below. Stream the band’s full Twin Peaks album at the bottom of this piece.