How to Conduct Your Business in a Treehouse

Meet the architect who's making it possible

These are good things invented in the 1950s.

These are bad things invented in the 1950s.

Architects have, at long last, figured out a way to rescue us from the last, and perhaps most pernicious item on that list.

Despite high-profile supporters like Michael Bloomberg, the open-plan office has come into disrepute of late, thanks to research studies claiming that its lack of privacy does more harm than its openness does good. “A growing body of evidence suggests that the open office undermines the very things that it was designed to achieve,” wrote Maria Konnikova in the New Yorker last year, citing a 1997 study that found that “employees’ satisfaction with the physical environment, physical stress, coworker relations, and perceived job performance” all plummeted following a move to an open-office environment.

So what to do, other than freelancing out of your bedroom in your pajamas?

Singapore-based architect Dymtir Malcew has a plan: mobile cubbies inspired by treehouses. Work alone or position a few together to create a private meeting space. Each unit has walls on three sides (for privacy), lookout points (for scanning the room) and upholstered seating (probably more comfortable than the ergonomic chair you’re sitting on right now).

We wonder if they’d be even more successful with a scrim to cover that missing wall — but three out of four ain’t bad. 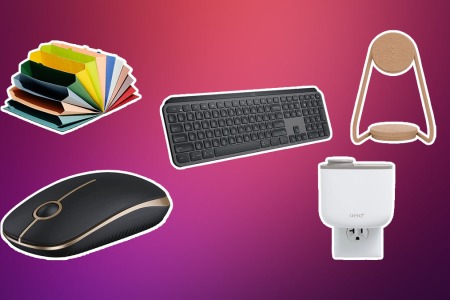