A Grill and a Speaker Had Sex and This Happened

The propane-fired Audiobox is lit. Literally.

Other than sleeping, there are only a few things most of us enjoy doing for hours on end.

A new speaker combines two of ’em — listening to music and staring at fire —  in one deluxe package.

The top of the self-contained system — which stands 19.5 inches high — creates unique patterns that link up with the audio waves from each track that’s played through the speakers in the Audiobox’s bamboo base.

Lightweight but sturdy, the battery-powered system can play eight hours of music on a single charge, and the propane canisters that feed its fire typically last for the same amount of time.

The piece took three years to perfect, and the holes in its aluminum tube were strategically placed to “produce the most responsive and dramatic flame effects” during audio playback.

Creator Tyrone Hazen just launched his DIY creation on Kickstarter, and he’s already well on his way to getting the $35,000 project funded and some might even say it’s a hot item.

If the Audiobox has you fired up, early-bird special are still available for $349. 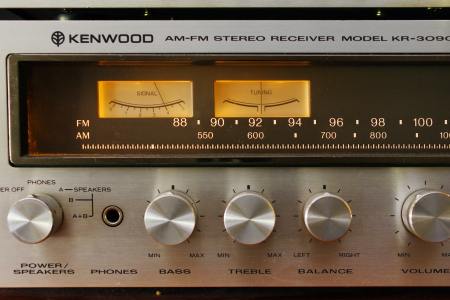