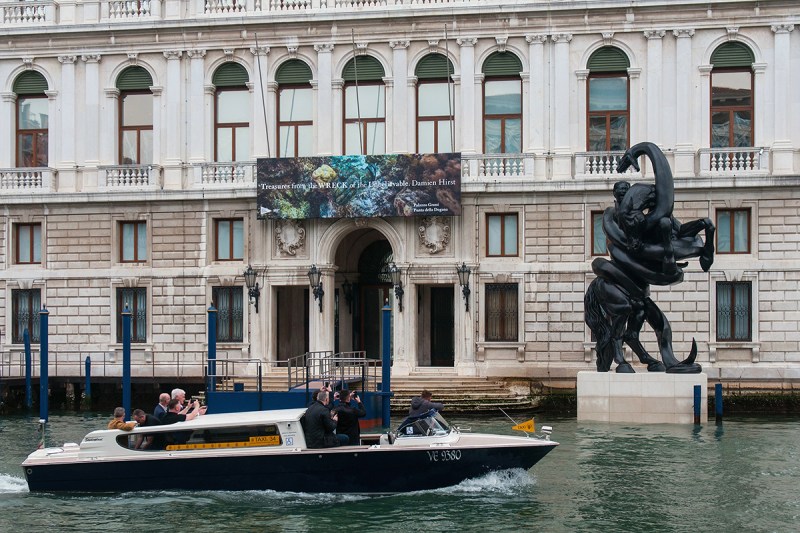 Tourists in a watertaxi takes picture of a sculpture from Damien Hirst’s new exhibition at Palazzo Grassi on April 5, 2017 in Venice, Italy. (Awakening/Getty Images)

Famed artist Damien Hirst is looking to return to his former glory with a new show In Venice that can be called an archeology exhibit injected with pop art.

The market for the British artist’s craft was hit hard by the financial crisis, but he’s betting “Treasures From the Wreck of the Unbelievable” will change his fortune. Hirst has sunk millions into his latest venture after struggling for the majority of the last decade, the New York Times reports.

“It’s like Elvis coming back to play in Las Vegas,” said Oliver Barker, chairman of Sotheby’s Europe, according to the New York Times.

Opening to the public April 9th, the new show features anachronistic antiquities adorned to look ancient, or as if they’ve spent years under the sea. Pieces include a Mickey House bust encrusted with marine life and a Pharrell look-a-like dressed as a Pharaoh. Hirst even hired actors and film crew to reenact them being dredged up from the ocean floor.

The artist rose to prominence in the 1990’s and became known for a series of art featuring animals submerged in formaldehyde. In 2008, Hirst pulled off an art coup by auctioning his entire show and bypassing galleries to rake in $198 million—the record for a single artist. 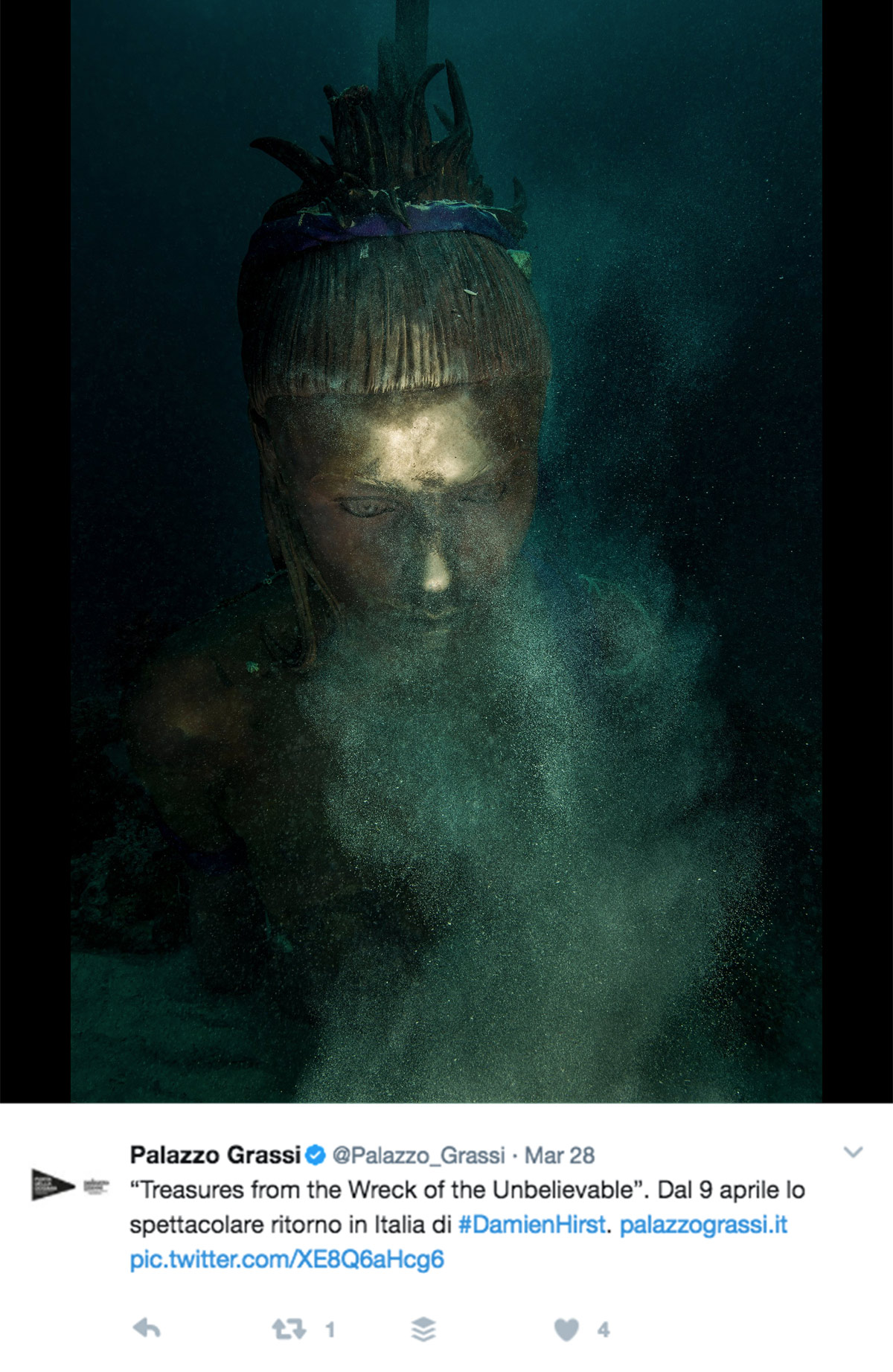