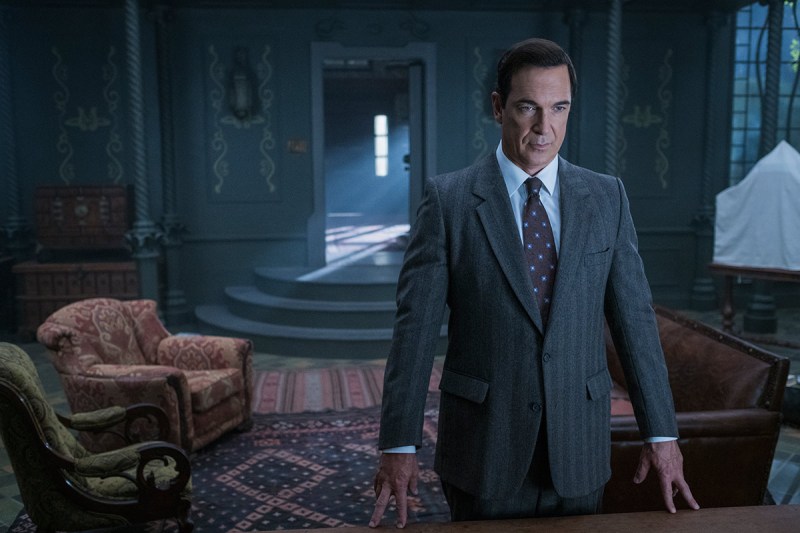 The small-screen adaptation of “Lemony Snicket’s A Series of Unfortunate Events” has been given a release date, but you’ll have to be patient.

The Netflix series will bow January 13, 2017. But if we’re to take the advice of Snicket in the promo (played by Patrick Warburton), we should “look away before this dire tale is even filmed and avoid the cruel whimsy and whimsical cruelties of what’s to come.”

The eight-episode series stars Neil Patrick Harris who stars as Count Olaf, the evil guardian of the Baudelaire orphans, who will stop at nothing to obtain their inheritance. Also starring is Joan Cusack (Justice Strauss), Malina Weissman (Violet Baudelaire) and Louis Hynes (Klaus Baudelaire).

The new show is the second attempt at adapting the best-selling children’s fiction books. A previous film adaptation starring Jim Carrey was released in 2004 to relative success. Even though the film’s plot only covered the first three books, a sequel was never revisited.

Watch the teaser for the upcoming Netflix series below.