The Largely Empty Chinese City That Looks Exactly Like Paris

HANGZHOU, CHINA - MARCH 21: (CHINA OUT) Farmers work in front of a replica of The Eiffel Tower standing at 108 metres at Tianducheng residential community, also known as a knockoff of Paris, on March 21, 2014 in Hangzhou, China. Tianducheng is developed by Zhejiang Guangsha Co. Ltd.. The construction began in 2007 with a replica of the Eiffel Tower and Parisian houses, and it is expected to be completed by 2015. (Photo by VCG/VCG via Getty Images)
By Adrian Lam 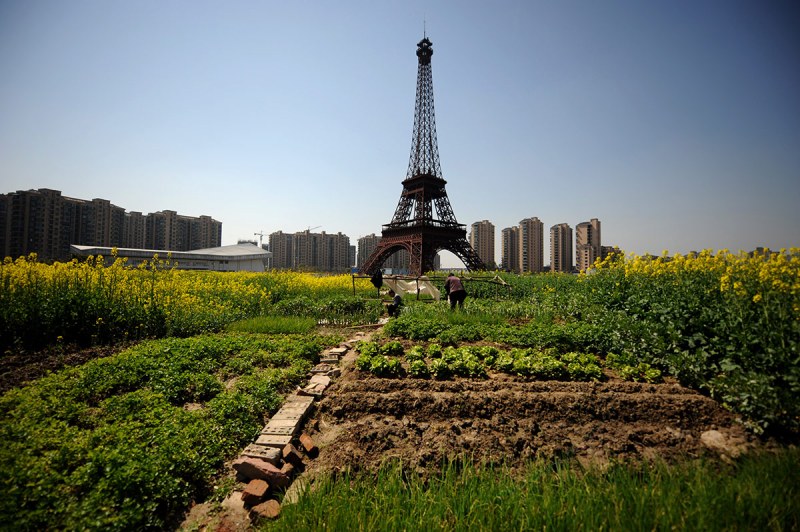 That the suburban town of Tianducheng, China looks a lot like Paris is no accident; it is a loving replication of the French capital. If that wasn’t surreal enough, it’s not just a duplicate of The City of Lights: It’s a largely empty one.

Located outside of Hangzhou, Tianducheng’s construction began during a period of Chinese economic growth in the early 2000s, and was a luxury development modeled after classic French architecture. The town boasts smaller-scale replicas of both the Eiffel Tower and a fountain from the Luxembourg Gardens. 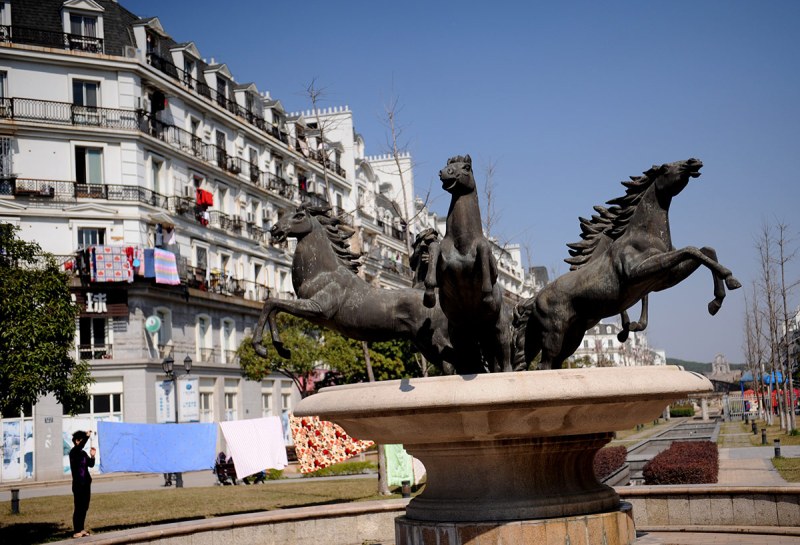 Unfortunately, the town’s concept and location are impeding its success. Tianducheng is surrounded by farmland and countryside, as well as a confusing road plot that inhibits access to the town proper. Beyond this, the idea of a miniature Paris simply hasn’t caught on with the public to the degree the developers had hoped. One resident told ABC’s Nightline that living there is “a little strange,” and considered the miniaturized Eiffel Tower an embarrassment. “I don’t like it here,” she stated plainly. As of this writing, only 2,000 people live in Tianducheng, which was originally scaled for 10,000. 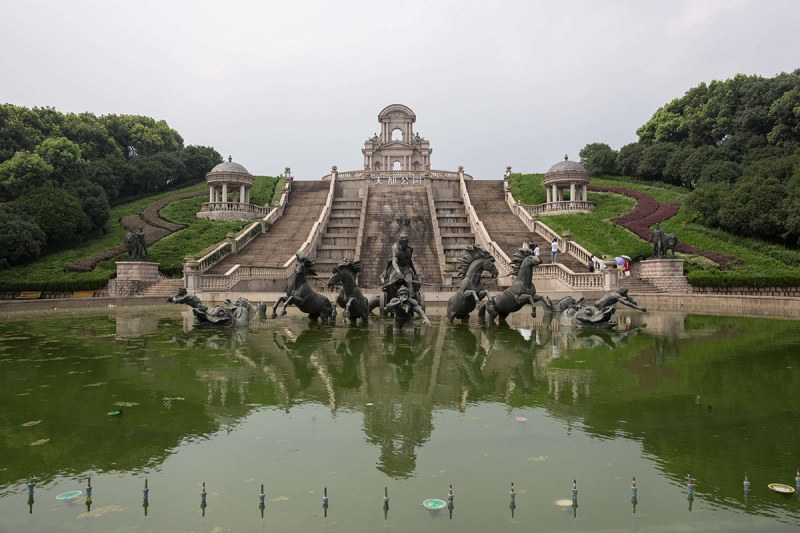 As odd as the whole thing may seem, it’s not uncommon in China, where multiple copycat versions of Western cities—including Jackson Hole, Wyoming—have been built over the years. Bianca Bosker, author of Original Copies: Architectural Mimicry in Contemporary China, calls the phenomenon “duplitecture,” and told CityLab that it expresses the hopes of the Chinese middle class.

Calling it “the Chinese dream in action,” Bosker explained that “it has to do with this ability to take control of your life.” She went on to say that Western aesthetics represent lifestyle options that are still new to China, which has only recently encouraged private enterprise.

To read more about Tianducheng, click here. Watch a video on this strange community below.