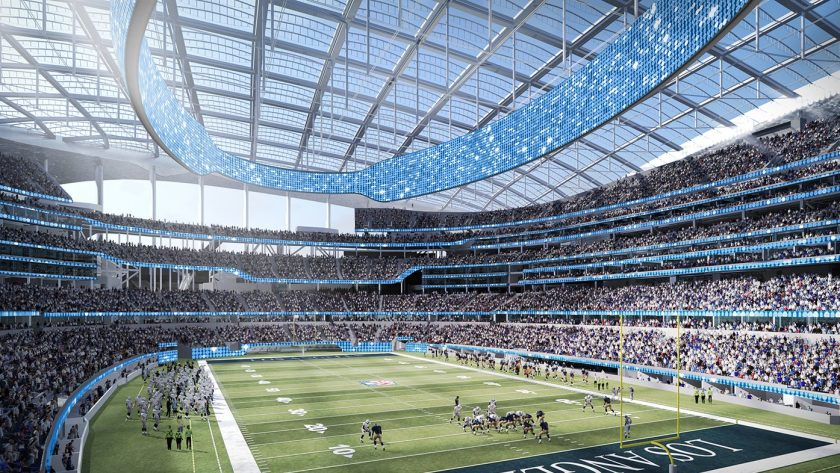 The Los Angeles Rams have already started playing in their home city, but at a temporary location. Construction just began on the Rams’ future stadium in Inglewood, California, at the site of the former Hollywood Park horse-racing track. When completed in 2019, the $2.6 billion stadium will be the most expensive in the country. With that audacious price tag, its only fair to be curious what the stadium will look like. 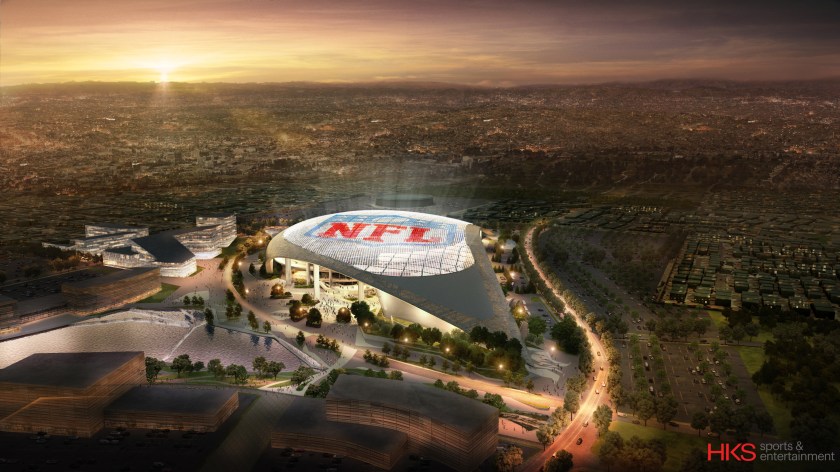 The new L.A. development will be a two-fold undertaking: building the mammoth stadium itself; and its 298-acre, multi-use surrounding district. Architecture firm HKS earned the Rams job due to its track record of NFL venue design. The group’s portfolio includes the Minnesota Vikings’ U.S. Bank Stadium, the Dallas Cowboys’ AT&T Stadium, and the Indianapolis Colts’ Lucas Oil Stadium. Another firm, Hart and Howerton, was tasked with designing the sprawling mixed-use neighborhood around the Rams’ future home. 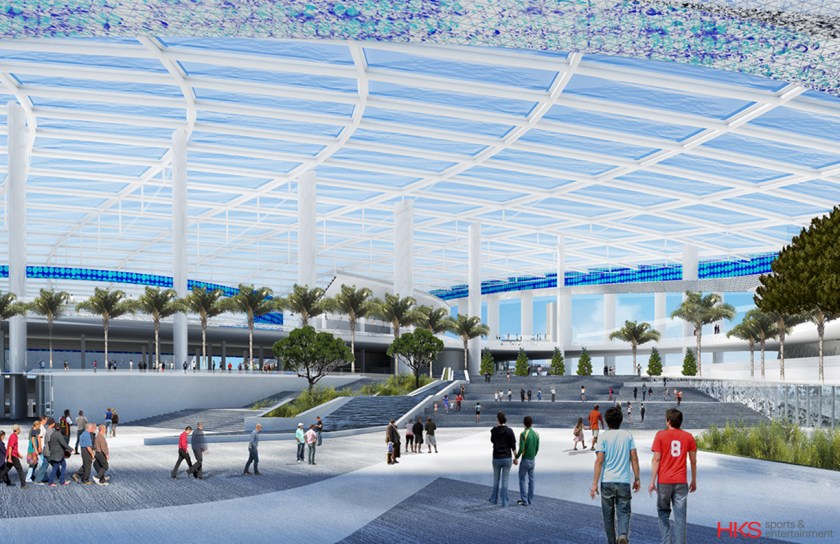 The stadium will be built taking into account the unique culture and climate of Southern California. HKS included a transparent canopy to provide flexibility and better airflow throughout the building. Underneath the canopy, the structure’s sides remain open-air so a breeze can pass throughout. It’s also a nod to the indoor-outdoor structures so ubiquitous in SoCal. Designed to host a large array events other than NFL games, the Inglewood stadium will house 70,000 seats—with the ability to expand that to 80,000. When using standing-room-only spaces as well, full capacity will be 100,000. The stadium is the hallmark of the plan, but it’s only a small part of the planned development.

While some are skeptical about whether the district plans will come to fruition, it’s hard to deny the beauty of what Hart and Howerton has designed. The firm basically erected a new city within Inglewood, one connected by 25 acres of open space, linking local neighborhoods to a 10-acre park. The stadium’s surrounding district will be comprised of 2,500 residential units; 780,000 square feet of offices; 890,00 square feet of retail and restaurant space; a 300-room hotel; and 6,000-seat music venue. Take a visual tour of the planned development below. 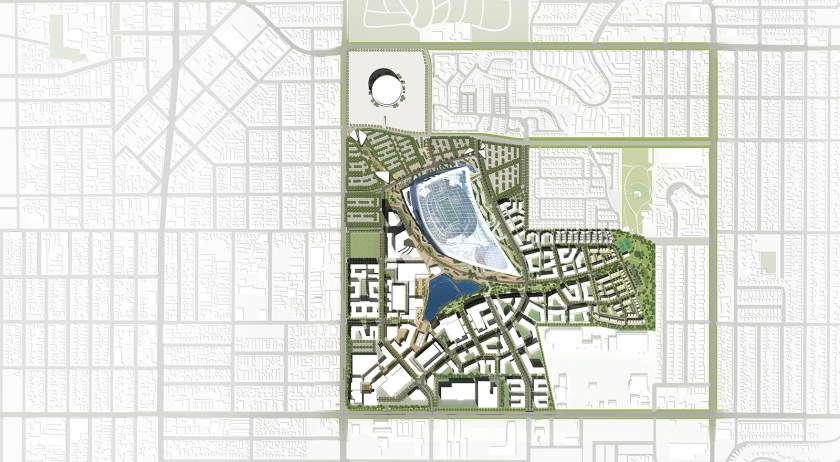 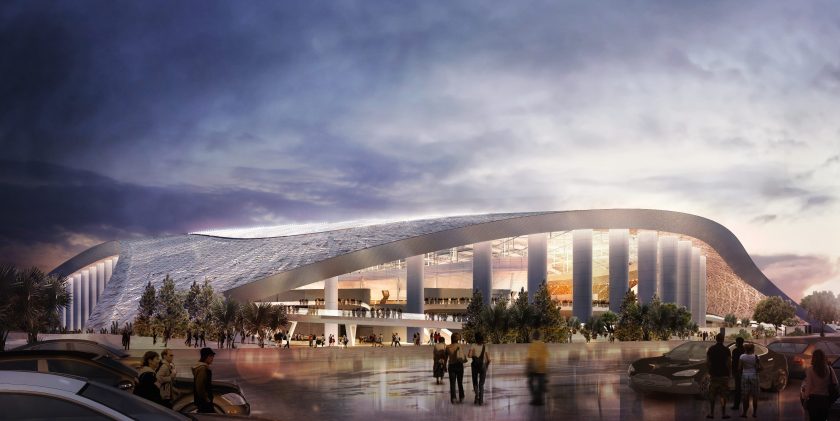 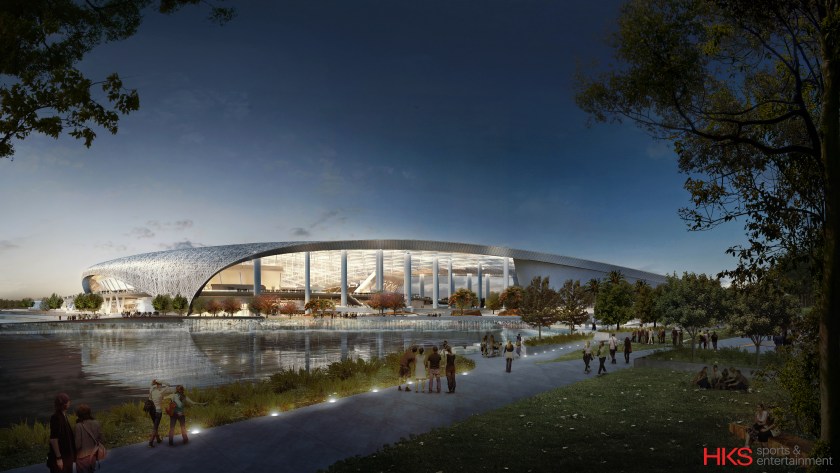