Vol IX: In praise of the hotel bar 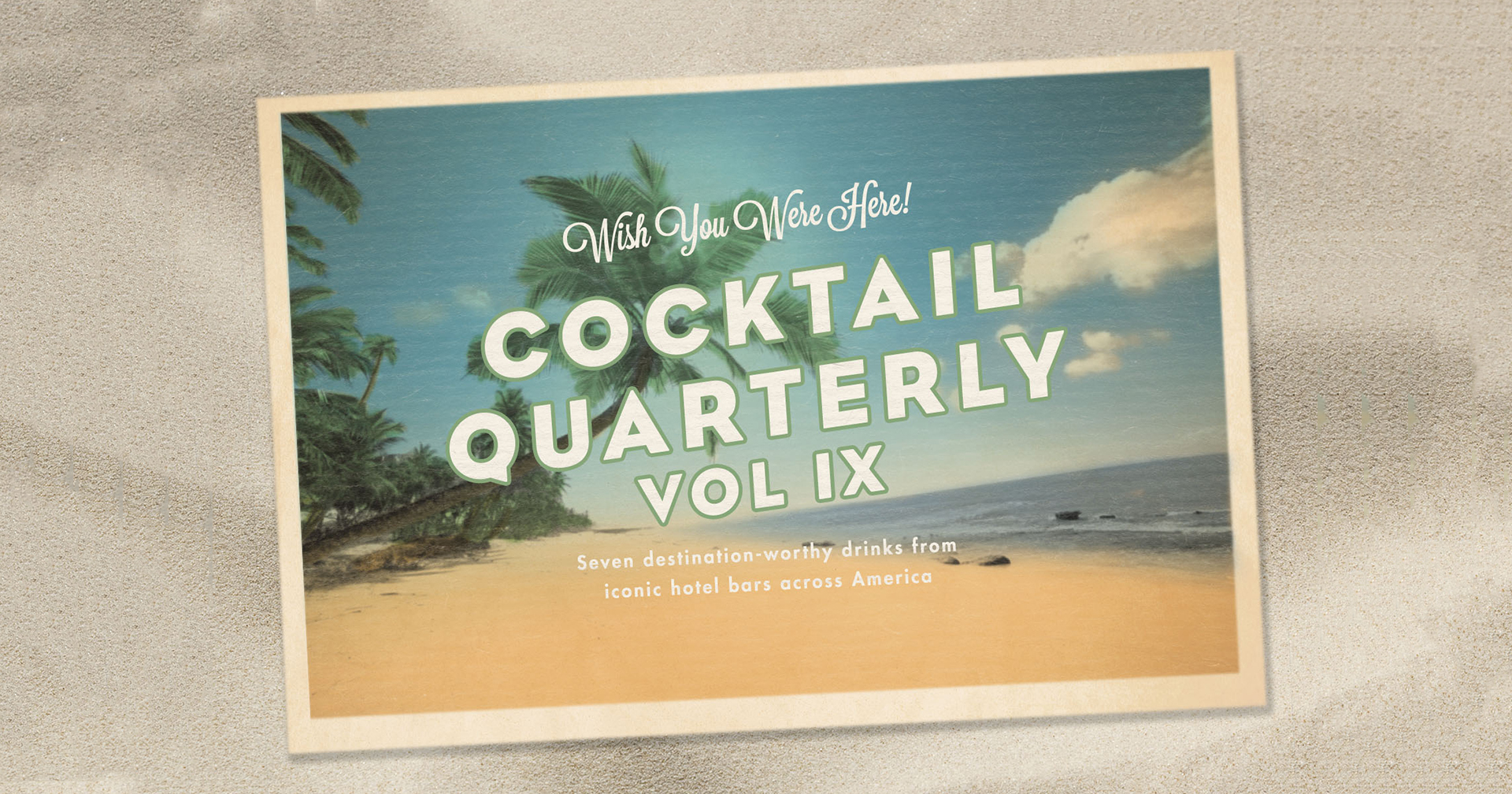 Symbol of both business and romance. Travel and potential.

To those that have stood the test of time (and tourists), we salute you.

All the drinks. The toasts. The people who passed through.

In honor of the storied hotel bars of yesteryear and today, we give you Wish You Were Here: The Cocktail Quarterly, Volume IX.

Below, seven cocktail recipes from some of the nation’s most iconic hotels.

Each one supplemented with the bottle of primo booze upon which you should build it, care of our liquor-slinging friends over at Caskers (Editor’s note: Their credo is “Take pride in what you drink.” We concur.)

All worth travelling for. Settling in and getting comfy.

But until then, shake it up at home. 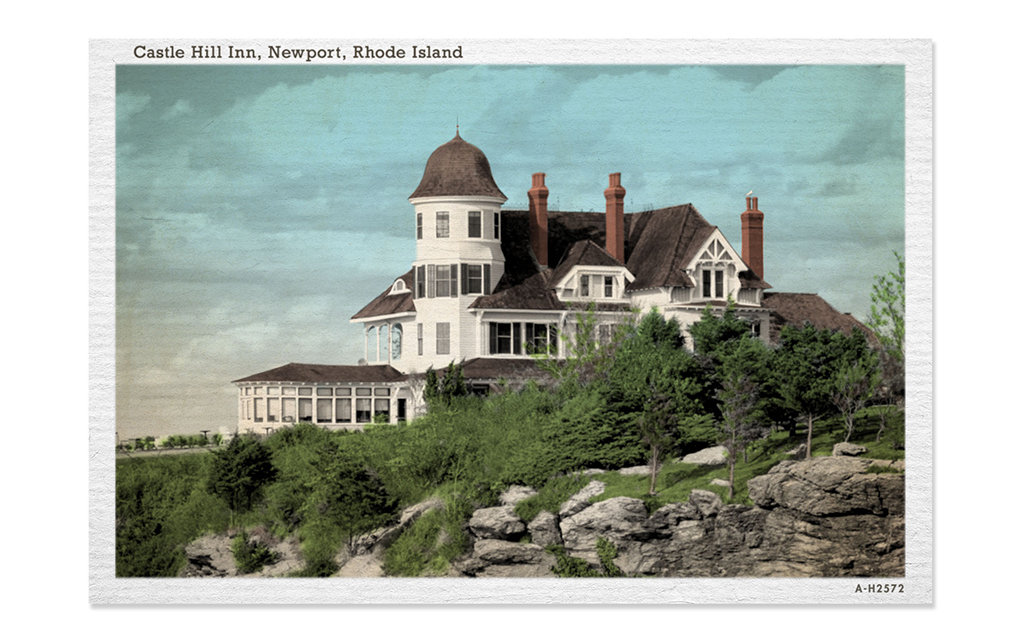 Not so much a “hotel” as a beautiful New England luxury retreat. With some serious history. A Newport mainstay since 1875, the Castle Hill Inn overlooks Narragansett Bay and features 24 private waterfront cottages. Grace Kelly was a regular, as was novelist Thornton Wilder. Summer-y drinks like the Guilty Pineapple are served in one of the four dining rooms in the Inn’s central mansion (originally a summer home) or on the lawn. 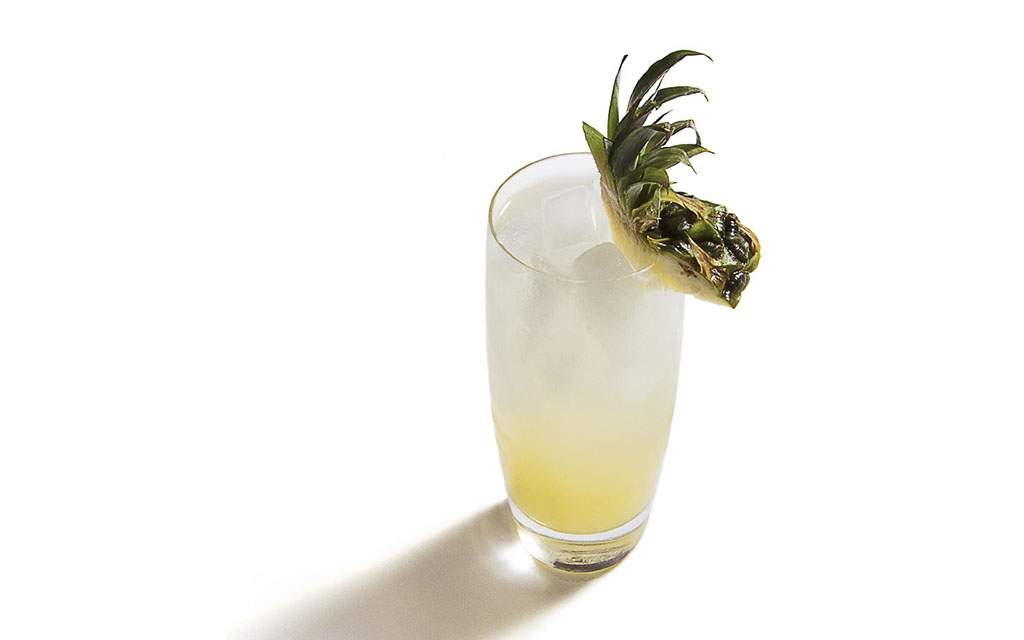 Make a simple syrup with sugar and water, then cool. Slice jalapeño, removing about 50% of the seeds. Combine all ingredients in a blender, then strain through a fine mesh strainer. 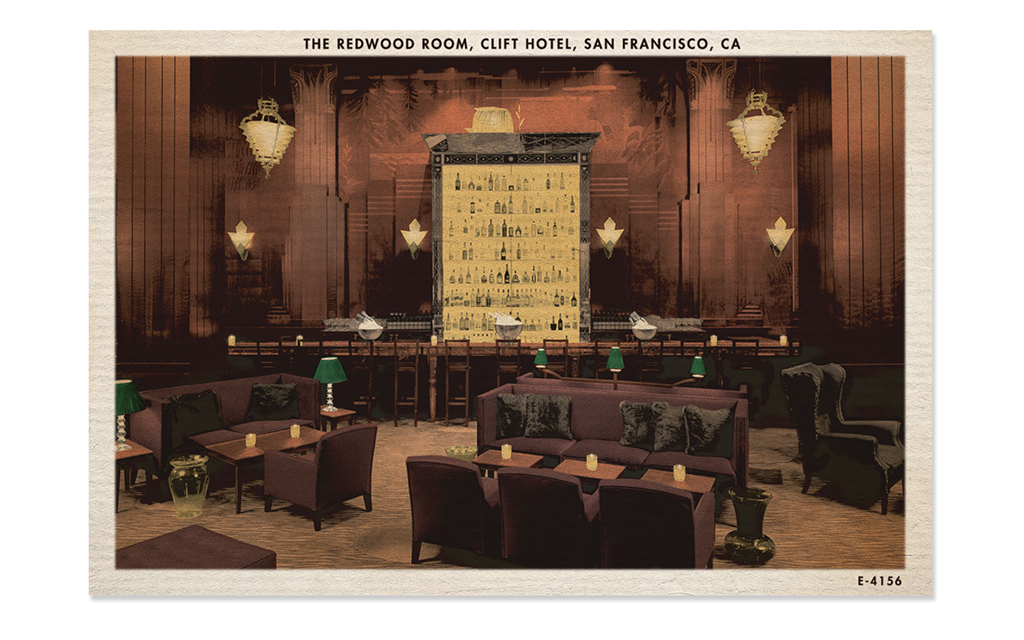 Commissioned just seven years after the 1906 earthquake and fire that leveled the city, the Clift was advertised as the first hotel impervious to either force. A hallmark of the city’s architectural legacy, it was designed by George Applegarth, the man behind S.F.’s other favorite folly: the Palace of the Legion of Honor. Its standout space, of course, is the Redwood Room, created with the wood of a single tree, and a city hotspot for decades — one that’s survived a century of earthquakes (as promised). 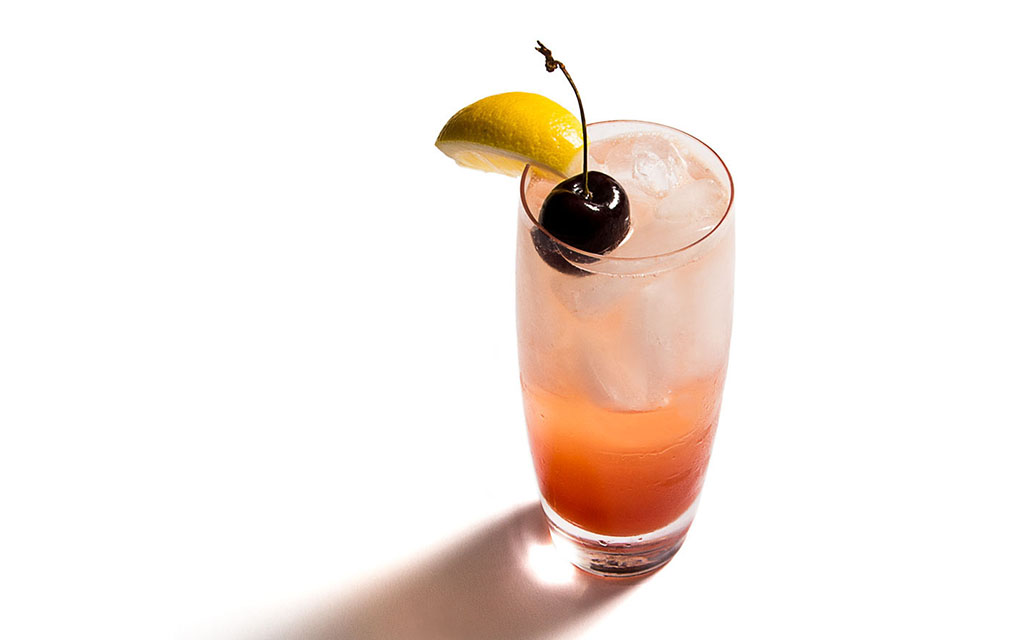 Shake with ice and strain into highball filled with fresh ice. Top with club soda. Garnish with lemon wedge and cherry flag. 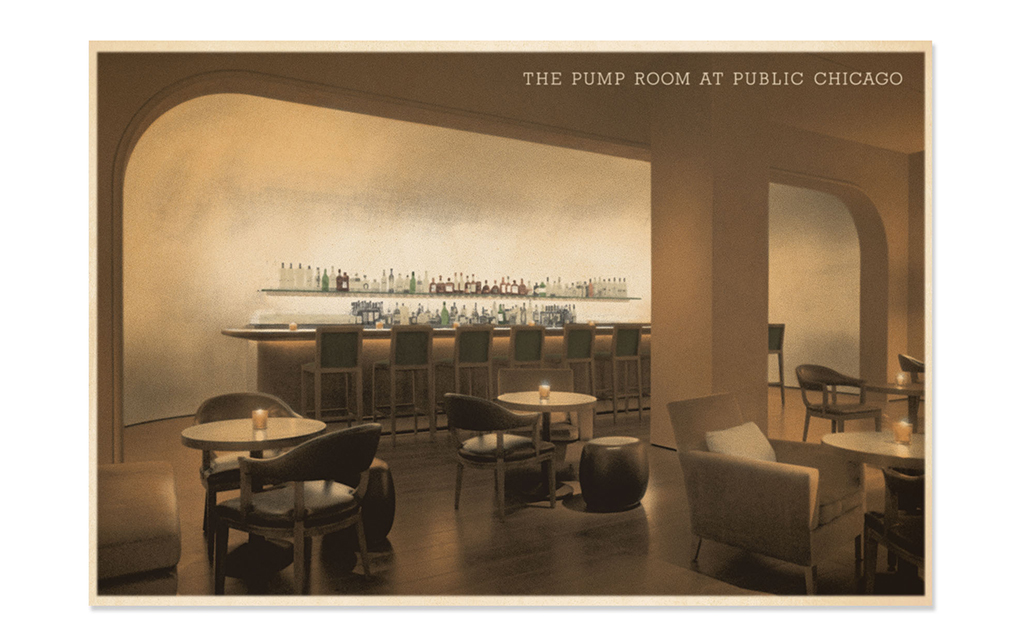 Opened in 1938 in the former Ambassador East Hotel, the Pump Room is no stranger to high-profile toasts. Hollywood’s finest raised glasses here. Even Sinatra sang about it. The space has been updated since those halcyon days, but its classy vibe remains — the room’s softly glowing orbs rank among the most iconic fixtures in the city. 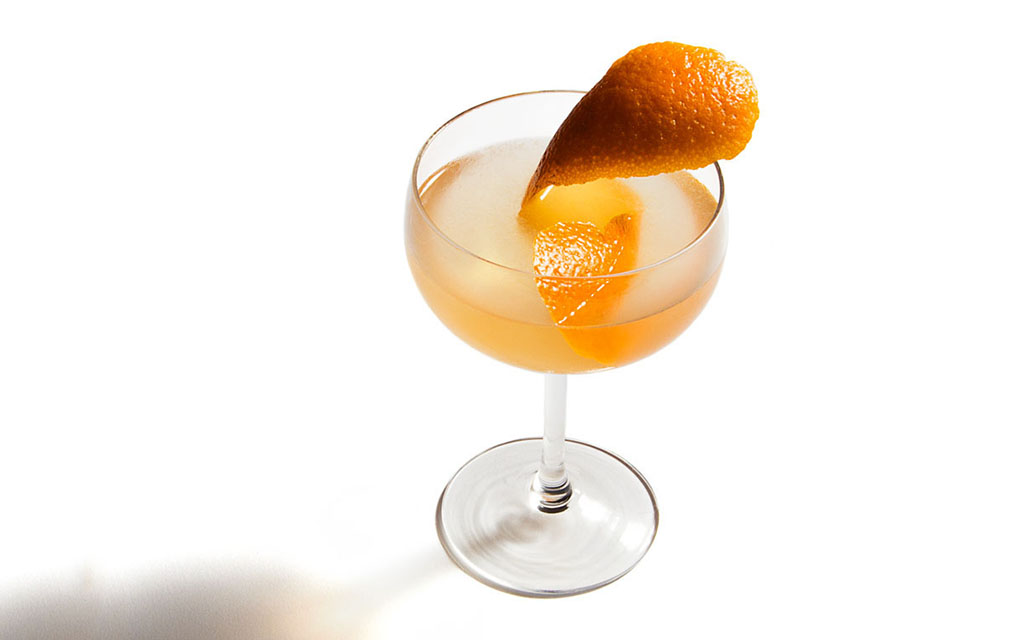 Shake, strain into a coupe. Orange and lemon twists to garnish. 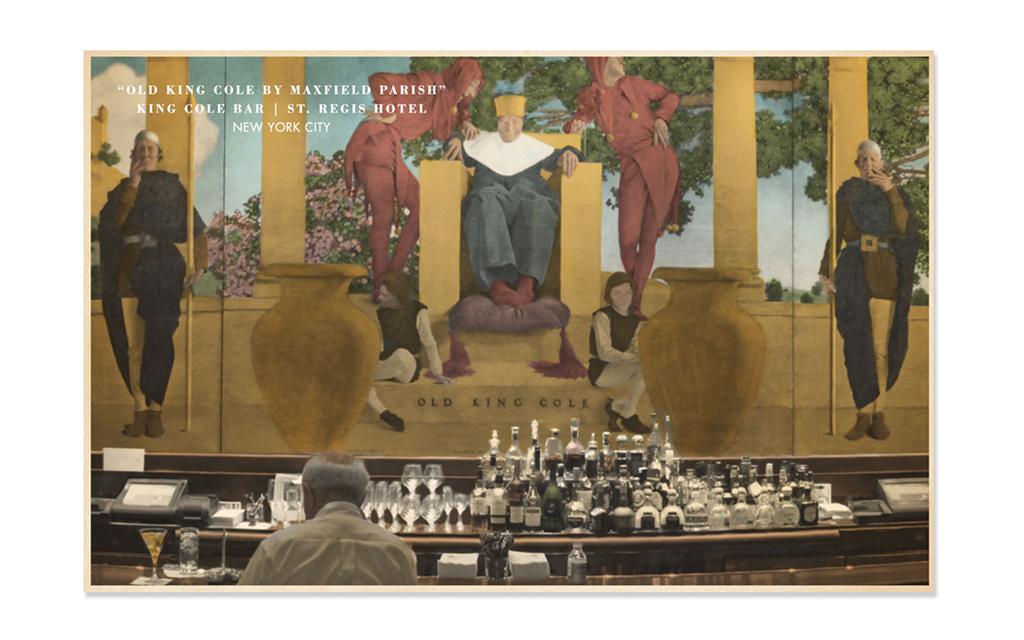 Presided over by the massive Maxfield Parrish mural to which it owes its name, the King Cole has been slinging tipples since 1948. Salvador Dalí drank there. So did Monroe and DiMaggio. Ditto for John Lennon. But the King Cole’s biggest claim to fame? Their famous Red Snapper, a vodka and tomato juice cocktail first poured by resident bartender Fernand Petiot which ultimately became known by another moniker … the Bloody Mary. 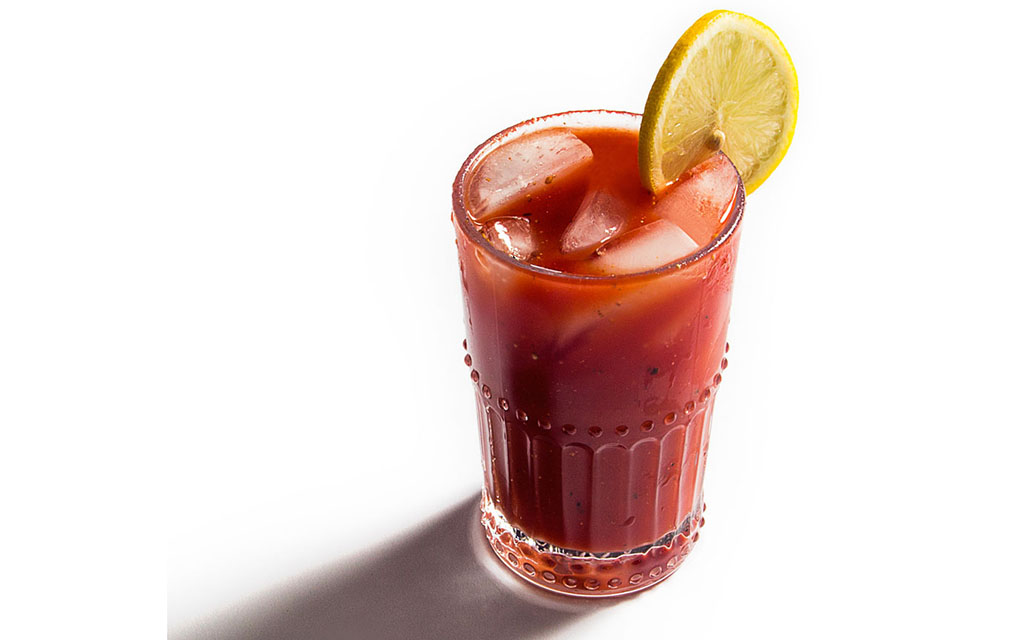 Shake all the ingredients and strain into a glass. Serve up. (Check out this video from the St. Regis’s house ‘tender Bill Dante for some extra tips.) 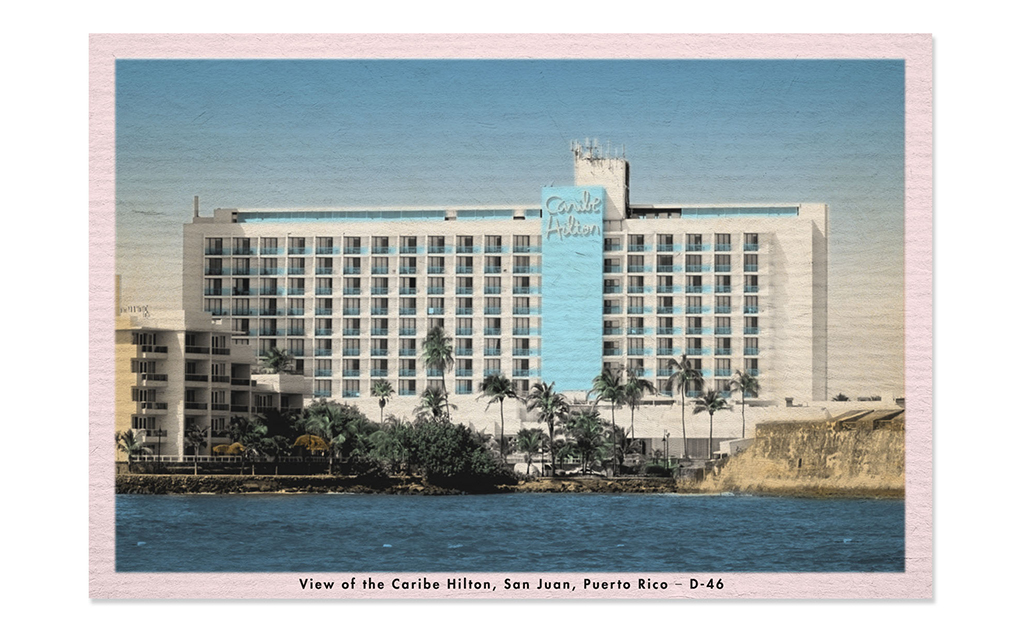 The famed rum, coconut and pineapple cocktail known as the piña colada was created by bartender Ramon “Monchito” Marrero over a period of three months in 1954 at the Caribar in the Caribe Hilton in San Juan (fun fact: the hotel is the setting for the opening scenes of The Rum Diary, a Johnny Depp movie based on a Hunter S. Thompson novel). Since 1978, it’s been the official drink of Puerto Rico. 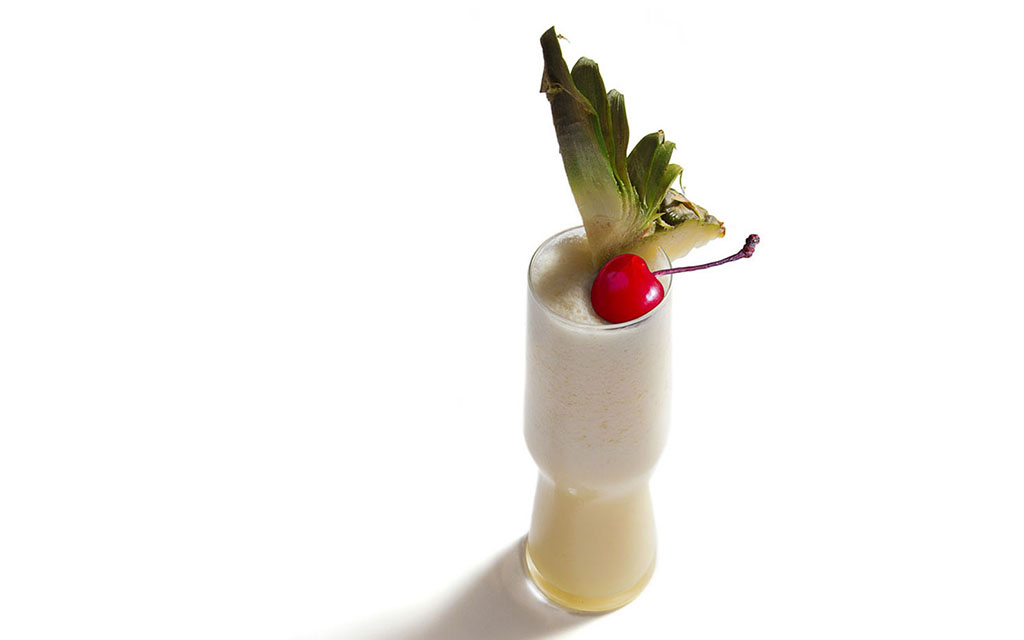 Add the rum, cream of coconut, heavy cream and pineapple juice in a blender. Add the ice and blend until smooth for about 15 seconds. Serve in a 12-ounce glass. Garnish with a fresh pineapple wedge and a maraschino cherry. 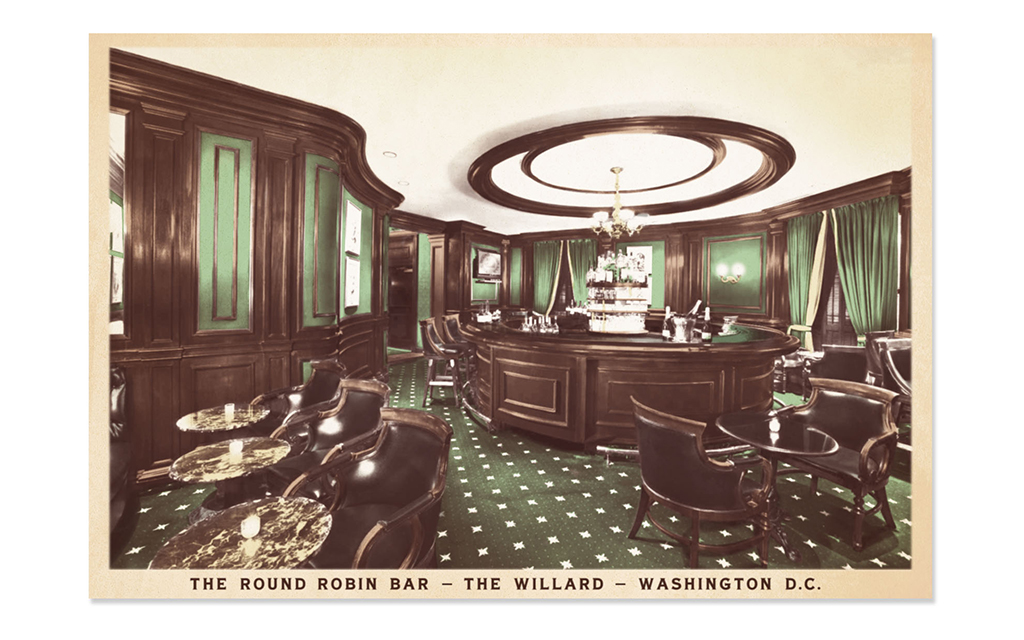 A longtime after-hours spot for political elite and probably one or two backdoor details, the Round Robin has at least one claim to fame: the Mint Julep. Kentucky Senator Henry Clay introduced the drink to Washington’s social elite around 1840. In addition to tippling presidents, literary greats like Mark Twain have passed through. Smart money says more legislation has been passed behind its oaken doors than in any other bar in America. 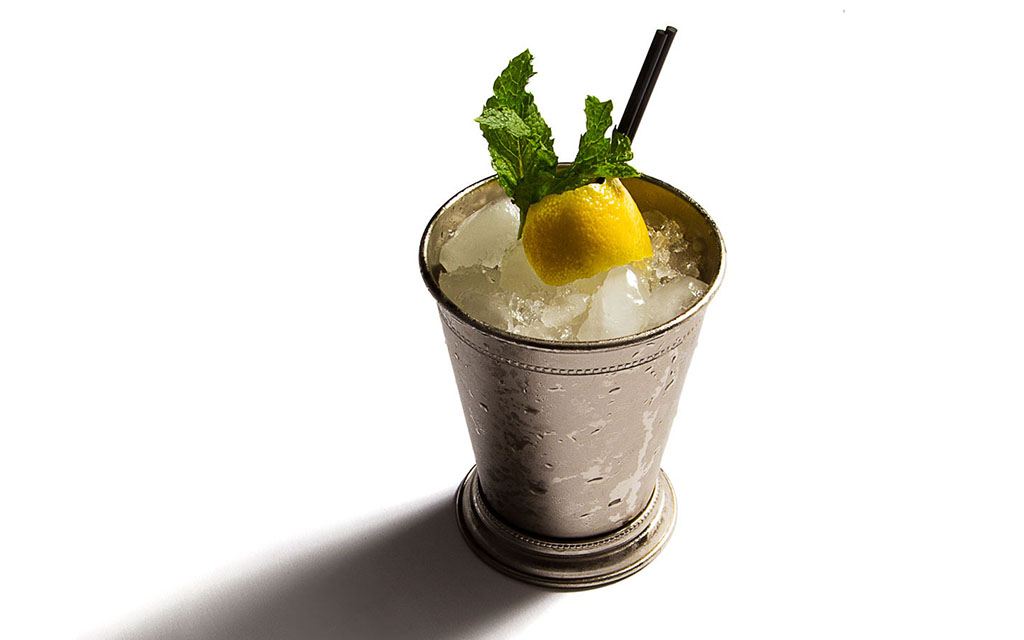 Add one teaspoon of sugar, the mint leaves, one ounce bourbon and one ounce sparkling water to the julep cup. Muddle for about a minute until it forms a tea. Add a half cup of crushed ice and continue to muddle. Add the rest of the ice, keeping it tightly packed. Pour in the rest of the bourbon and sparkling water. Garnish with a sprig of mint and top with the lemon peel and a dusting of sugar. Wedge the straw just behind the mint sprig so when you lean in for a sip, you get a peppery whiff. 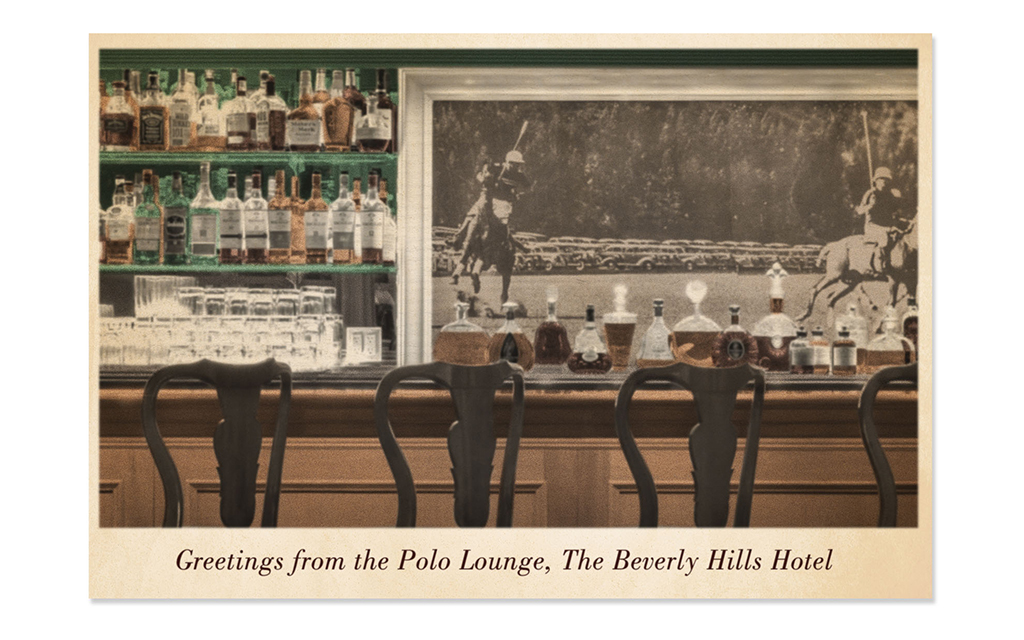 With its giant pink Mediterranean facade, The Beverly Hills Hotel emerges from the trees atop Sunset Boulevard like a castle. The iconic hotel has been a favorite of movie stars since the Fairbanks era, but they’ve been protesting it since the owner, the Sultan of Brunei, enacted Sharia Law. The Polo Lounge is still a favored watering hole for executives and makes a mean Moscow Mule. 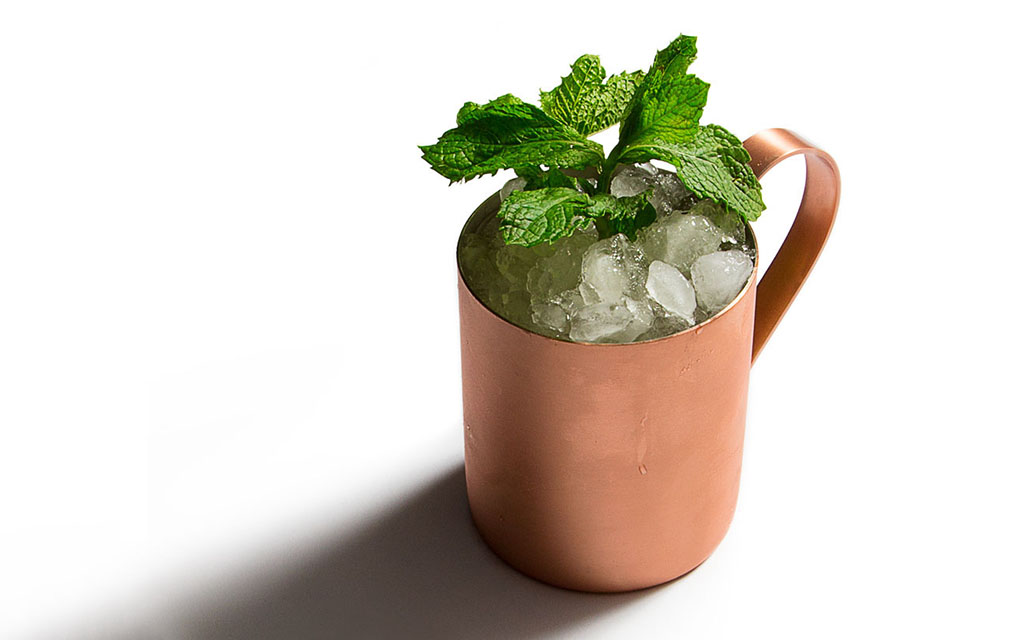