The Last-Minute Summer Travel Guide
For foot-draggers, hemmers, hawers and all variety of booking procrastinor

Fuhgeddaboudit. I’ll just wait till next year. It’s over.

To which we say:

Was it over when the Germans bombed Pearl Harbor? Hell no! And it ain’t over now.

We got five of ’em. All perfect for eleventh-hour bookings and late-summer wanderings.

We got you there, too, with six apps and hacks every traveler should know along with a Q&A with Brian “The Points Guy” Kelly in which he tells you how best to make those airline miles work for you on short notice.

Brian Kelly — aka The Points Guy — has built a travel empire by telling readers how to get the most out of their frequent flyer accounts. His first rule for August travel? “Don’t stay home.” 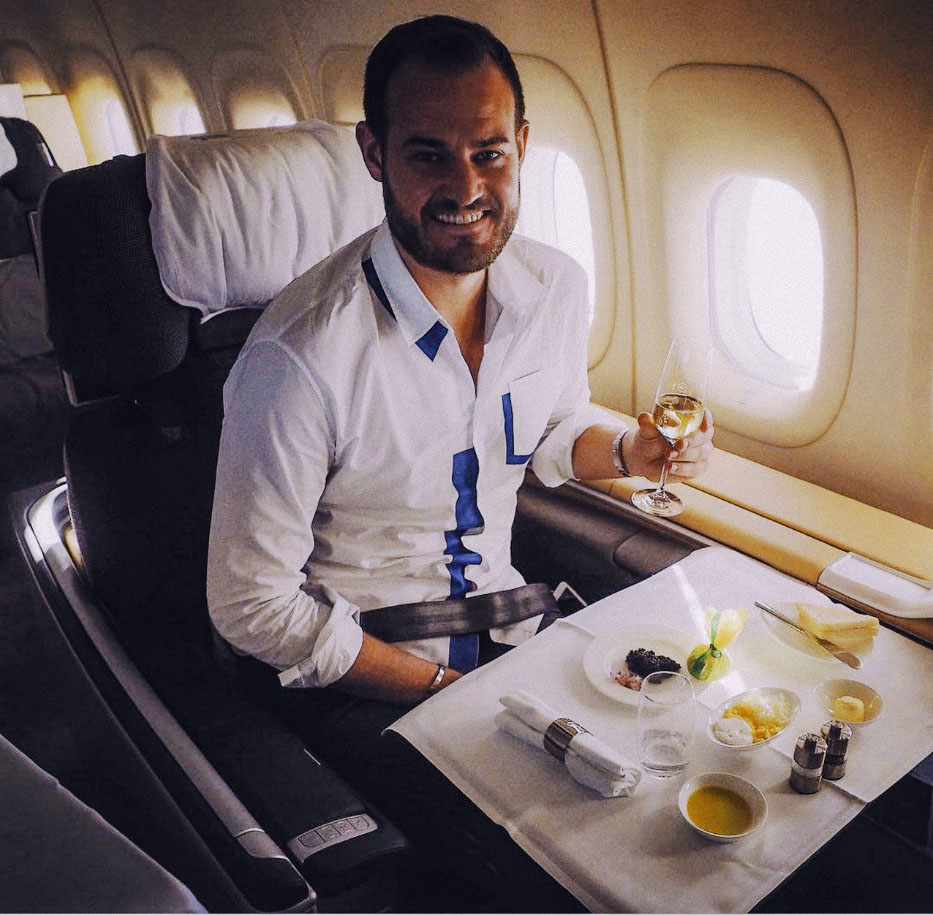 InsideHook: So you’re saying it’s not impossible to put together last-minute travel on points? Even in late August, one of the busiest travel times of the year?

Brian Kelly: Definitely not. Using frequent flyer points even on holiday weekends is possible, as airlines are opening up a lot of space last minute — as long as you’re flexible.

IH: Flexible in what way?

BK: Just be open to destinations. Everyone wants to go to Europe in August — which makes sense; the Euro’s low. But — for example — consider a ski vacation in Argentina if you really want the best deal.

IH: What about finding the available flights?

BK: One key thing to know is that airline websites show less than half of what’s available, so it’s not enough to go aa.com; you actually have to call American.

BK: It’s counterintuitive: you’d think the airlines would have this technology, but they don’t. This is especially true with partner airlines.

IH: How does that work?

BK: For example, Etihad is a partner airline with American, but not in the OneWorld alliance. That means you’ll never see [award] availability online at aa.com. You have to call.

IH: What if I never bothered to sign up for a points account? Is it too late for me to get something going in time for summer travel?

BK: It’s really not. We’re seeing crazy airline credit card offers — all the banks are competing. And the thing about these credit card deals is that they’ll post to your account shortly after the statement closes in which you spend, and you can actually move up the statement closing date. So if you have to spend $1,000 [to receive points], you can do that, and then move up the date, and then the points are in your account.

BK: American Express used to be the big dog, but now it’s Chase. The number one card is the Chase Sapphire card — it’s the one I use the most.

BK: I’ve been to Cuba twice this year. The cell phone doesn’t work. There’s not a whole lot of information out there. You can’t get cash out of the ATM. All of that means it was a total mental vacation.

IH: Are you staying home this August while the rest of the world travels?

BK: Definitely not! [Traveling in high-season] really doesn’t bother me. I’ve got TSA PreCheck, so I make it through the airport on razor-thin margins. Security-wise, I’m through in five minutes or less. Then I’ll hit the lounge, then I’m on the plane. This August, it’s Istanbul, Cappadocia, Athens and Mykonos.

The Caribbean is often overlooked as a late-summer destination, mainly because of the weather (humid with a chance of hurricanes). But it’s not that much hotter than most parts American, and the threat of a storm can mean significant savings on lodging and other costs. Fly to Cancún … and then keep going south toward the lower reaches of the Riviera Maya, where the emphasis is more on natural beauty than Señor Frog’s. Book a room at the Beach Tulum — including a private beach and swim-up terrace — for more than $200 less than the same offering during peak seasons. Hotel Jashita, also in Tulum, takes its “eco-hotel” title seriously: there’s no phone service, room service (except for honeymooners), or pool. Just be sure to book the hurricane insurance, and actually call your provider to talk through the specifics of coverage (your correspondent recommends explaining to the rep that you will be recording the call, so any vagaries are completely resolved). Many policies offer short-term coverage — until a storm is named, at which case you’re on your own.

Which is what you’ll get from Don Julio® Tequila.

Like a good red wine or your favorite bourbon, Don Julio® Tequila wears the character of the place from whence it came: the highlands of Jalisco, a few hundred miles west, where the rich, red soil bears a more acidic, earthy agave. It’s where Don Julio González started his journey in 1942, when he set out to make the world’s first ultra-premium tequila.

Drink it neat, room temperature. Drink it in good company. Drink it slowly. Make a toast; mean it. And when you do, look your fellow viajeros in the eye.

It’s what Don Julio González intended when he made the first short tequila bottle: discreet, able to sit in the center of the table without interrupting conversation.

Now go forth, and do as the Mexicans do.

Paris in August is surreal, as residents depart en masse for their summer homes/castles, leaving a half-shuttered city to the tourists and die-hards. You’ll want to head directly for Les Bains, a new remodel of a 19th-century bathhouse-turned-’70s nightclub-turned-21st-century boutique hotel. Its location in the upper Marais means the city’s top sights — Saint Germain, the Louvre, Sacre Coeur — are all within walking distance. But consider staying closer to home: try lunch at Breizh, the best crèpes east of Brittany; an afternoon at the just-reopened Picasso Museum; dinner at Nanashi, a well-loved Japanese canteen; and drinks at fashion-world favorite Café Charlot. Otherwise, head for the Seine, where all the Parisians not on vacation will be drinking rosé and complaining.

OK, it’s hot. But the heat adds an extra layer of sultriness to one of the country’s most culturally rich destinations, the still-vibrant birthplace of zydeco music and boudin sausage. Try the latter at Jerry Lee’s Kwik Stop in Baton Rouge, then put Clifton Chenier on the car stereo and head for the bayou, making the slightest of detours for more Cajun food — crawfish enchiladas, grilled alligator sausage, catfish and crab — at Lafayette’s Prejean’s. In St. Martinville, one ticket will get you into two museums telling the story of the people who gave Cajun its name and identity: Acadians and African-Americans. Stop going south when you hit water — and book a tour of Honey Island Swamp, with kid-friendly animal sightings (alligators, nutria, feral hogs, herons and more) and pirate tales.

Don’t mind the heat? We love West Texas art mecca Marfa this time of year, plus Miami’s off-season rates, and the paucity of crowds in the Florida Keys.

Take advantage of low fares by pairing a stop in Reykjavik with another European capital, courtesy of upstart Icelandic airline Wow. In Iceland, leave the Golden Circle to the tourists and instead trek across a glacier in the immense Vatnajökull National Park — then climb from the Ásbyrgi basin to Europe’s most powerful waterfall (as measured by volume), Dettifoss. Despite its popularity, Reykjavik suffers from a stagnant hotel scene, so pitch up instead at this cottage with a view — August is too early for the aurora borealis, but you will see seals.

Next up is Amsterdam, where you’ll want to overnight at Hotel Droog, a very high-concept one-bedroom residence from the titular local design firm. Uber your way to the red-light district for dinner at Blauw aan de Wal and a late-night stroll. The next morning, take the train north to the island of Texel, the Dutch version of the Hamptons, and join the Netherlands’ finest on the gold-sand dunes.

Wow Air can also fly you economically to Reykjavik and other Euro capitals — including London, Copenhagen and Dublin.

Our national parks are majestic — but that particular secret is out of the bag, and backcountry access to the most popular ones (Glacier, Yosemite, etc.) during summer requires either months of planning or nerves of steel (60% of overnight permits for Yosemite are parceled out by reservation — the other 40% are handed out to hikers gambling on a same-day, first-come, first-served basis). How to get around all of this: Leave the big names to the offseason and head for a less famous but equally rewarding park like North Cascades, north of Seattle, which charges no fees and requires no advance planning for wilderness permits. Just show up, and you’re good.

Other national parks with relaxed reservation policies include Lassen Volcanic National Park in Northern California and several Alaskan parks, like Gates of the Arctic.

Now that you know where to go, book intelligently. Your cheatsheet for that? Right here. Clear out some cloud-space and rip these six posthaste. It’s the intrepid traveler’s starter pack.

Hitlist: Know where you want to go but not necessarily when? Don’t care much about the where or when, just want a sweet deal? Hitlist is here for you. They aggregate the cheapest flights from your city from around the ‘net and deliver them to you. iOS and Android

Hopper: Search for a flight and Hopper will suggest whether to buy the fare now or wait, with startling specificity. It can also send notifications when the price drops or threatens to increase. iOS only

Next Flight: Looking to get out of town pronto? This will provide the next flight out on any route. iOS and Android

Hotel Tonight: Find availability (and drastically decreased rates) at a handpicked selection of hotels up to seven days in advance. iOS and Android

AirfareWatchdog on Twitter: One of the web’s best resources for bloopers and accidental fares — like the $300 RT ticket to South Africa your correspondent scored during the Christmas morning spectacular of 2014.