Rob Doyle's third book, THRESHOLD, was published in January by Bloomsbury, and will be published by Bloomsbury USA in March. Doyle's debut novel, HERE ARE THE YOUNG MEN, was published in 2014 by Bloomsbury and the Lilliput Press. It was selected as one of Hot Press magazine’s ‘20 Greatest Irish Novels 1916-2016’, and has been made into a film starring Dean Charles Chapman and Anya Taylor Joy. THIS IS THE RITUAL, a collection of short stories, was published in 2016 to widespread acclaim. Rob Doyle is the editor of the anthology THE OTHER IRISH TRADITION (Dalkey Archive Press), and IN THIS SKULL HOTEL WHERE I NEVER SLEEP (Broken Dimanche Press). He has written for the Guardian, TLS, Vice, Sunday Times, Dublin Review, Observer and many other publications, and throughout 2019 he wrote a weekly column on cult books for the Irish Times. He lives between Ireland and Berlin.

All Articles From Rob Doyle 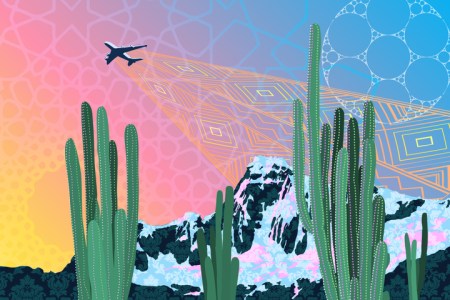