Because every man wants to explore Los Angeles, even if that means actually walking in it, we’re proud to present the first in a semi-monthly series of guides that reveals the must-see, -do and -eats in a single neighborhood. Up today: La Brea.

By now you’ve split a rotisserie chicken, slurped Kumotos off their half-shells and shouted at your fellow diners beneath the stone arches of foodie cathedral Republique. But have you been there for brunch? One word: Shakshuka. It’s a delicious stew of tomatoes, peppers, eggs, black kale and yogurt. Comes with a freshly baked baguette to sop up all that juicy, fragrant awesomeness.

You know that strange, silver sculpture of Lenin’s head that sits at the corner of La Brea and 4th? It’s the cornerstone of the Ace Museum, which is hidden on the second floor of the bizarre building it prefaces, which looks more like a parking structure than a museum. The ACE’s next exhibit, Sots Art, features artwork from the Russian underground from the late ’30s through the early ’70s and opens in March. It’ll be worth your while.

Open since 1997, Merry Karnowsky Gallery has been on La Brea long before the it became fashionable. And she’s still showcasing a solid roster of contemporary art, from surrealistic to pop. Two exhibits are on display until March 7th:

Nicola Verlato’s baroque paintings of settlers and Native Americans in Western America (above), and Johnny “KMNDZ” Rodriguez’s sculptures and paintings of robots, animals and manmade things (below). 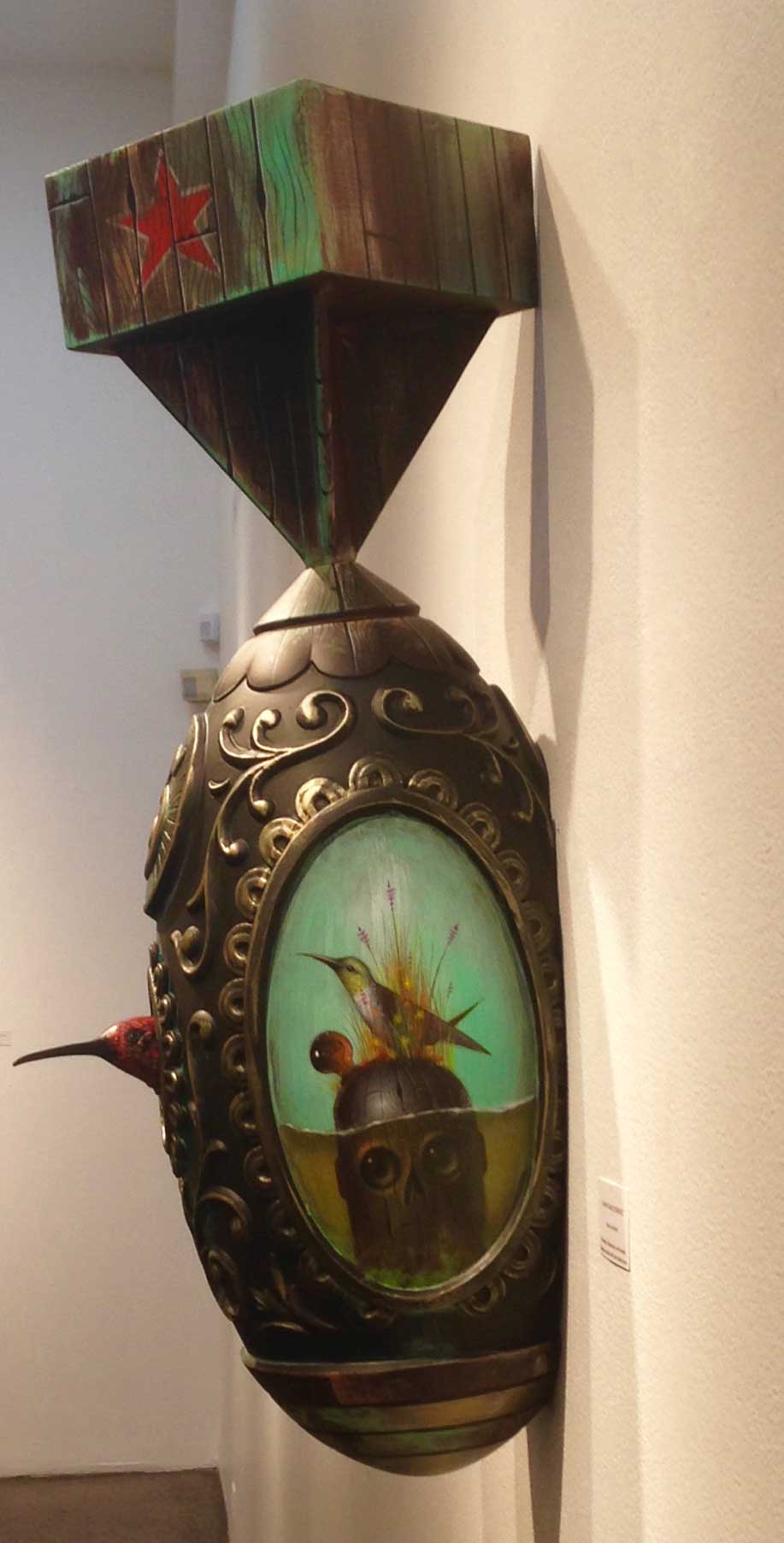 I Love Ugly — a dark, neatly appointed boutique next door to Merry Karnowsky — is a newcomer to the street. Based out of Auckland, NZ, they peddle elevated skater clothing. Anyone interested in looking younger but with a more refined approach should shop here.

UNIS has been around a minute. It’s an NYC line of streetwise basics like knit tees, poplar button-downs, cotton chinos and bomber jackets, all done in faded solid Pantones and exceptionally soft to the touch.

Jeans. T-shirts. Lightweight knits. Leather jackets. Men’s clothing options may be a bit casual to the outside observer, but there’s nuance to how we dress down. It’s in the little details, the materials and the colors. And when men in LA shop for kicks, Undefeated carries soles stitched with all the above in mind. Formerly on the eastern side of La Brea, Undefeated just crossed the street and opened a stunning larger space. Go check it out.

The Hatfields (chefs Karen and Quinn) are the king and queen of gourmet food comas. Chef Karen’s pastries at Sycamore Kitchen (also on La Brea) sit like sirens beside the cashier. The couple just opened Odys+Penelope a few doors down, where hickory wood is shipped in to fire-roast and smoke tri-tip and a bone-in short rib fit for King Arthur’s round table. Reservations are suggested (though they do take a number of walk-ins) and the bar (mixologized cocktails and impressive wine list) is a solid place to start a night.

We feature AETHER on the regular. But that’s because they make some of the best performance gear on the market, hands down. Their new, design-forward store on La Brea is a maze of repurposed shipping containers and has a walk-in freezer for testing out their snow gear. They’ve also got an impressive coffee table book collection, custom motorcycles by Glassor and a Vanmoof bicycle that has pedal-powered Philips lights built into the frame.